News and Interviews from the Schwab IMPACT Conference 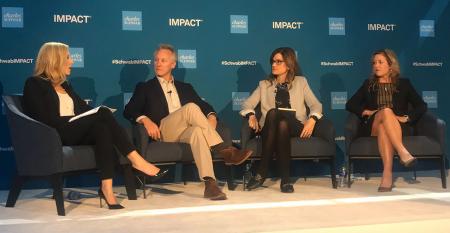 Emotional Intelligence a Must in Navigating Client Relationships
Nov 08, 2019
Alumni of Schwab's Executive Leadership Program talked about the need to encourage advisors to raise their 'emotional quotient' during a...

For Some RIAs, $0 Trades May Bring More Pain Than Gain
Nov 07, 2019
Did custodians really factor in how the change would affect advisors? 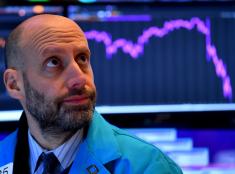 The Industry Has Responsibility (and Opportunity) to Help Close Wealth Gap
Nov 06, 2019
Firms may be cognizant that the wealth gap is an issue, but may feel they don't have the tools or language to respond, said Chloe McKenzie, CEO of On a Wealth Kick, speaking at Schwab IMPACT.

Schwab Survey: The Eternally Optimistic Advisor
Nov 06, 2019
Far more than half are concerned about a recession, yet almost all say they intend to grow next year 20% on average and do so via new money, not through mergers or acquisitions.

Banking Gates to Come Down, Schwab Tells Advisors
Nov 06, 2019
Beyond just managing assets, Schwab wants to make it easier for advisors to get in on advising about liabilities and making loans among other bank-like offerings

Matthews Asia: Investment Opportunities Persist in China Beyond Trade Disputes
Nov 06, 2019
Investment strategist Andy Rothman said he was "90% sure" there would be a trade deal between the U.S. and China by month's end...

Schwab's Plan to Kill Forms And Expand Integrations
Nov 06, 2019
In plotting the demise of forms, Schwab is going beyond digitized paper and into fully digital processes.

Top Schwab Figures Talk Zero Fees at IMPACT Conference
Nov 05, 2019
Charles Schwab, Walt Bettinger and Bernie Clark all took part in the presentation, held at the start of the first full day of...

Schwab IMPACT: As Trade Goes, So Does The Economy
Nov 05, 2019
Schwab strategists outlined their views on the economy—and the firm's thinking on advisors' needs.

YCharts Improves Schwab Integration
Nov 04, 2019
YCharts and Schwab have been working together for years, but now advisors who custody with Schwab will have a single sign-on.
Load More