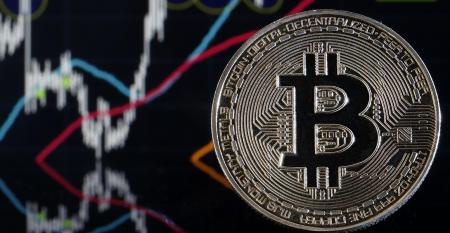 Bitcoin Acts Less Like Digital Gold and More Like a Risky Stock
Sep 20, 2021
Bitcoin plunged as much as 11% on Monday as stock markets trembled in the wake of a potential default from China Evergrande Group.

James Brown's Estate Inches Towards a Resolution
Sep 20, 2021
What could have been done to avoid this spectacle?

Retail Investors Are an Enigma for Many Wall Street Pros
Sep 20, 2021
Investing isn't about retail versus institutional investors, but rather about allocating capital to the most...

SALT Break Would Erase Most of House’s Tax Hikes for Top 1%
Sep 17, 2021
If the SALT deduction were fully reinstated, the top 1% of taxpayers would face a tax increase less than half as large as that if the current cap on the write-off were retained, according to the Tax Foundation.

The 10 Most Expensive Comic Book Heroes Online
Sep 17, 2021
Whose rare books command the most money: Batman, Superman, Spider-Man or someone else?

Getting Ready for Expanded Rollover Disclosure Requirements
Sep 07, 2021
Answers to questions regarding rollovers.

Bitcoin Faces Biggest Test as El Salvador Makes It Legal Tender
Sep 07, 2021
The country bought 400 bitcoins ahead of the roll-out, with a market value of about $20 million at current prices.

Inside One Fund Manager’s Strategy for Pitching CRE Debt to Accredited Investors
Sep 07, 2021
Forum Capital buys real estate debt and repackages it into funds to make it accessible for retail investors.

The Sandwich Generation: Supporting Family Without Getting Squeezed
Sep 07, 2021
The increasing pressure of having to take care of the oldest and youngest.
Load More