Browse by subcategory
Recent
Recent
Seven Tips to Help Financial Advisor Firms Protect their Customer Lists
May 20, 2022
Nine Must Reads for the CRE Industry Today (May 20, 2022)
May 19, 2022
Dondero’s NexPoint Targets More Than $1 Billion for New Wager on Single-Family Rentals
May 19, 2022
SEC Judges’ Constitutional Cloud Darkens After Appeal Ruling
May 19, 2022
Featured
The 10 Best and 10 Worst States in Which to Retire in 2021
Jul 15, 2021
Poll: 15 Classic Books on Investing and the Markets
Apr 03, 2020
Fifteen Must-Listen Business Podcasts for Advisors
Aug 14, 2020
Celebrity Estates: Jay Leno and Planning for Classic Car Collections
Feb 22, 2022
Highlights 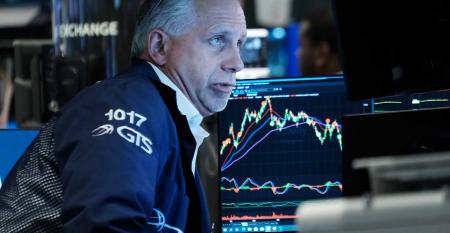 S&P 500 Sinks Into Bear Market Amid Brutal Equities Selloff
May 20, 2022
The drop is part of a seven-week slide in the broad measure that qualifies as the longest since the dot-com bubble was bursting in 2001.

Art Is an Investment to Appreciate
May 20, 2022
Even if an artwork doesn’t increase in value, it provides its owner intangible benefits that equities do not.

The Tricky Politics of Anti-ESG Investing
May 19, 2022
A new asset-management company backed by Peter Thiel claims to be pushing back against an “ideological cartel.”...

Julius Baer Braves ‘Bubble-Burst’ Moment in Crypto Wealth Push
May 19, 2022
Julius Baer’s shift toward offering crypto services is in stark contrast to Zurich rival UBS, which so far has said it’s not interested in advising clients on “speculative” assets.

Why Great Advisors Are Often Discerning Shoppers
May 19, 2022
Performance dispersion is real, and it’s not limited to just asset managers.

The 20 ETFs With the Greatest Inflows in the Past Month
May 19, 2022
These funds took in the most money over the last 30 days.

Allianz to Sell US Fund Management Unit to Voya After SEC Ban
May 18, 2022
Allianz was banned for a decade from some fund services in the United States.

This Crypto Winter Will Be Long, Cold and Harsh
May 18, 2022
In previous bear markets, people wondered if digital currencies would rebound. Now, they wonder if even the blockchain will...