/sites/all/themes/penton_subtheme_wealthmanagement/images/logos/footer.png
Recent
Recent
Why the Shift to a Longer-Term ‘Business Owner’ Mentality Is Driving Movement
May 27, 2022
NYC Luxury Theft Boss Planned Own ‘Department Store,’ City Says
May 26, 2022
Seven Must Reads for the CRE Industry Today (May 27, 2022)
May 26, 2022
What’s the State of the Capital Markets for Cannabis Real Estate?
May 26, 2022
Featured
The 10 Best and 10 Worst States in Which to Retire in 2021
Jul 15, 2021
Poll: 15 Classic Books on Investing and the Markets
Apr 03, 2020
Fifteen Must-Listen Business Podcasts for Advisors
Aug 14, 2020
Celebrity Estates: Jay Leno and Planning for Classic Car Collections
Feb 22, 2022
Schwab IMPACT
brought to you by 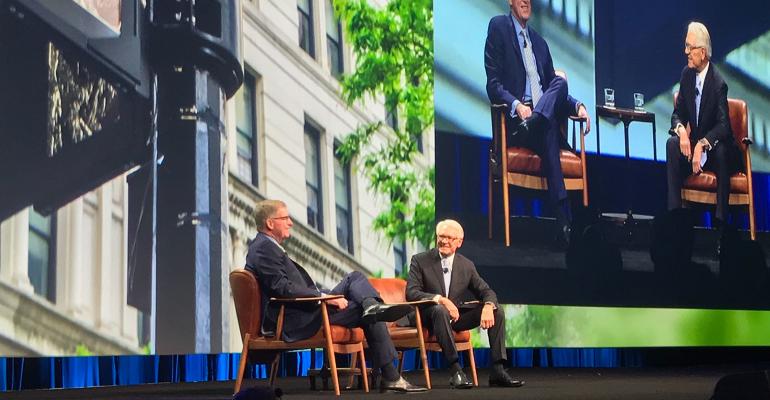 Charles Schwab, Walt Bettinger and Bernie Clark all took part in the presentation, held at the start of the first full day of the annual conference in San Diego.

Schwab Corp. founder Charles Schwab made his opinions on commissions emphatically clear in light of the corporation’s recent moves to discontinue all fees for trades during a discussion attended by thousands at the first full day of the company’s annual IMPACT Conference.

“And speaking about commissions, I hated commissions. I hated them then, I hate them today, and we took them away,” Schwab said. “So, that’s great.”

The declaration came in the midst of a Q&A with Bernie Clark, the president of Schwab Advisor Services, during a Tuesday morning presentation at the annual conference held in San Diego. Other speakers included Walt Bettinger, CEO and president of Schwab Corporation, and Dynasty Financial Partners President Shirl Penney, who offered opening remarks.

Clark was the moderator for a dual series of discussions with Bettinger and Schwab, with topics ranging from the impact zero-commission trades would have (or not have) on the services Schwab advisors would offer clients, how Schwab can be more proactive in the banking models it offers advisors and the industry shifts they thought may be imminent.

Schwab announced on Oct. 1 it would end all commissions on all trades of stocks, ETFs and options, which was soon followed by competitors TD Ameritrade, E*Trade and Fidelity. Clark and Bettinger acknowledged it was always apparent that day would eventually come for the industry writ large, and Bettinger asserted cutting fees to zero further advanced Schwab’s mission to democratize investment opportunities. The move would also benefit Schwab advisors in their battles with the brokerage industry, Bettinger said.

“I think we’re going to see certainly intensifying competition. Price in the transactional aspect of things is no longer going to be a major differentiator. There are still firms, of course, operating in a commission-oriented model,” he said. “It’s going to create questions, and that’s a good thing, because if we can have the investors that aren’t our clients question the organization or individual they’re working with, that puts them into ‘the consideration population.’ Once they start to consider alternatives, that’s when we think you can really take advantage of it.”

Bettinger said further consolidation was a possibility, though he cautioned it would be gradual, and said he expected a renewed focus on brand trust and client experience. In an environment where asset allocation or tax loss harvesting were increasingly commoditized, he believed the factors that could make the difference were those advisory services that could not be commoditized, including life planning, further customization and even “playing psychiatrist during periods of high volatility in the market.” 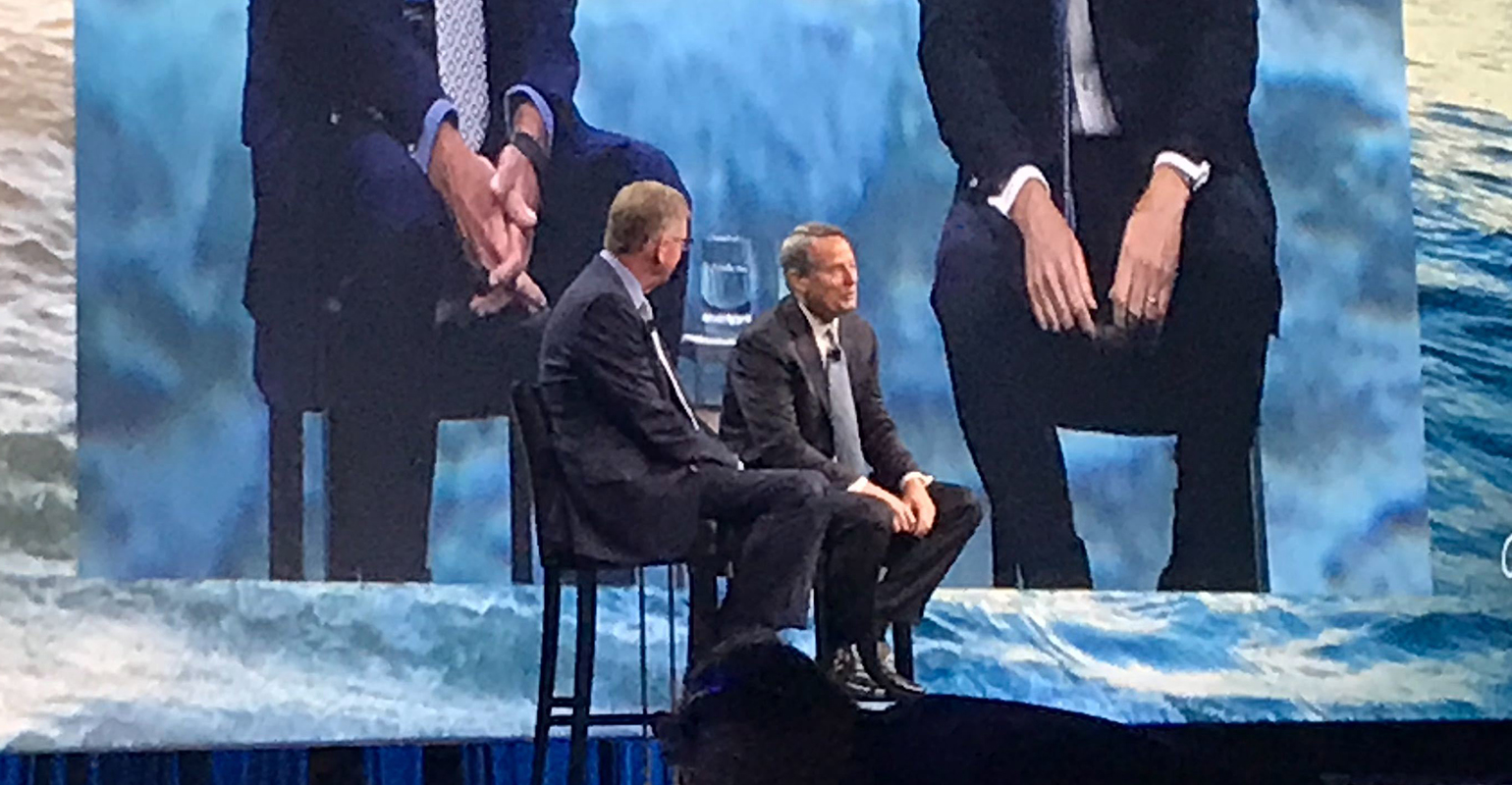 But Clark questioned him about the perception among some that cutting fees could result in consequences for clients, including a potential pullback of services. Bettinger strongly emphasized that this was not the case, noting the firm had been expecting this pricing move in some form for decades.

“This was a day we’ve been planning for and preparing for, knowing the day would come (and we were not exactly sure when), but knowing the day would come, and we would only take that step when we were confident we were at a point that there would be no tradeoffs,” he said. “We talk all the time at Schwab about not asking for tradeoffs, and your business model when you talk to your clients is about ensuring they don’t have to face tradeoffs with your objectivity or fiduciary status. And so the idea that we would make this move in any way impact the quality of services or experiences is almost foolish.”

Schwab jokingly acknowledged that there were unlikely to be any more moves on commissions on the horizon, but hoped to introduce younger individuals to individual or fractional stocks to help encourage financial literacy among younger individuals (which Schwab acknowledged has long been an area of concern for him and the company). Schwab also said the firm was developing income management resources for advisors to assist elderly clients, and said “early next year” the company might have something to introduce to advisors.

“So, the smaller advisors will want that, but I think many advisors may want to have that tool ... we’re living 20 years longer than we thought,” Schwab said. “As a consequence, we’ve got to have the financial resources there to see ourselves to the end.”

Recently, Schwab released a book entitled Invested, which he said was primarily written for Schwab employees to help them understand the impetus of the firm as well as for clients to create a clearer impression of the company’s core tenets. He said he’d been making the rounds on television in recent weeks to advertise the new release.

“That’s what I’m selling now,” he said. “And no commissions involved.”