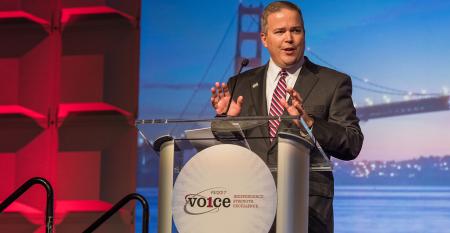 FSI Sues DOL Over Independent Contractor Rule Withdrawal
May 14, 2021
The group is joining other plaintiffs in a suit filed in a Texas federal court, with CEO and President Dale Brown claiming the DOL's...

Vanguard to Open Dallas Office as Texas Becomes a Hotbed
May 14, 2021
The Dallas-Fort Worth outpost will accommodate financial advisers and tech-support staff.

SEC Charges Texas RIA in $3.7M Fraud
May 14, 2021
Knight Nguyen Investments raised at least $3.7 million from a number of advisory clients and retail investors for high-risk and fraudulent securities offerings, according to the SEC.

Goldman’s Brand Could Be its Biggest Benefit—Or Achilles’ Heel—in Attracting RIAs
May 14, 2021
Goldman Sachs has been quietly building RIA custodial services behind the scenes, with big-name hires and plenty of resources; but can it overcome its Wall Street heritage to appeal to independent advisors?

Connecticut Advisor Pleads Guilty to Defrauding Elderly Client
May 13, 2021
Matthew Clason faces as long as 20 years in prison after stealing more than $600,000 from an unnamed investor for his personal use, including paying for his personal credit card, according to the DOJ.

Inside the Deal M&A Podcast Part 2: Execution
May 13, 2021
Zero in on RIA deal execution behind closed doors and learn best practices for RIAs contemplating a sale. Harris Baltch...