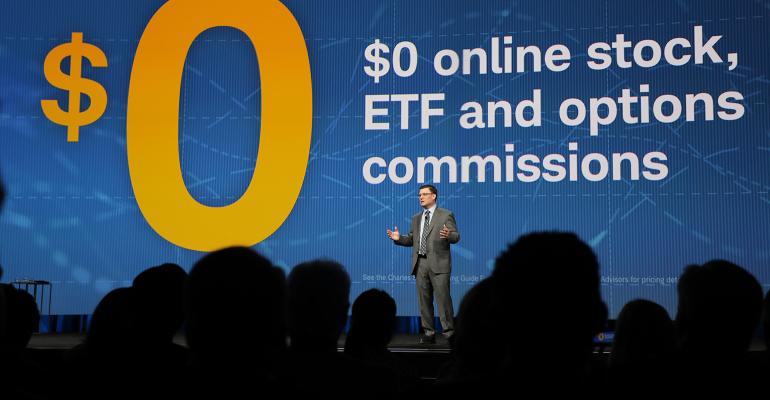 Schwab IMPACT: As Trade Goes, So Does The Economy

Schwab strategists outlined their views on the economy—and the firm's thinking on advisors' needs.

Just weeks after unveiling $0 trades and plans to support the buying and selling of fractional shares of stocks, Charles Schwab kicked off its 29th IMPACT conference in San Diego, Calif. on Monday.

Nearly 5,000 attendees poured into southern California for the multi-day conference, which began with a keynote trio covering a diverse range of topics, from classic footage of a printer/fax machine being smashed to smithereens to the significance of the yield curve inversion to a note of caution from Liz Ann Sonders, the firm’s chief investment strategist.

Technology and growth were front and center for the first leg of the conference. After playing a scene from the movie Office Space, where office workers destroy a printer/fax machine with baseball bats and fists, Jonathan Beatty, SVP of Advisor Services for Schwab, told attendees the 48-year-old financial services firm was committed to building “a modern service model” for advisors.

To do so, Schwab is segmenting advisors into three groups: startup advisory firms, mid-size firms and larger, and enterprises. Schwab’s service model “will adapt to all advisors' needs, regardless of their size, their mission or the journey that they're on,” Beatty said. “Emerging firms, they tell us they want to work in our proprietary tools. The mid-size and larger firms, they love the third-party ecosystem, and they want us to integrate with those partners. And then there's a growing number of you, the enterprises, who are developing your own ecosystem and you want to have direct access to our APIs.”

Beatty also emphasized marketing support offered by Schwab. Called “Amplifying Your Value,” the marketing program has both digital and traditional components and was created in response to advisor demand, he said. “It’s about helping you design ways to enhance your marketing.”

While the technology and marketing supporting advisors is scheduled to improve, the investment outlook for next year and the decade ahead “are going to catch a lot of investors by surprise,” according to Jeffrey Kleintop, chief global investment strategist at Schwab.

To start off, too many investors are focused on central bank rates, Kleintop said. That’s a problem, because the economy is at a point where the timing of a trade deal between the U.S. and China is actually what will have a bigger impact on the likelihood of a recession. “The race is on,” he said. Any pullback in the job market before a trade deal is reached and the economy could be in trouble, he said. 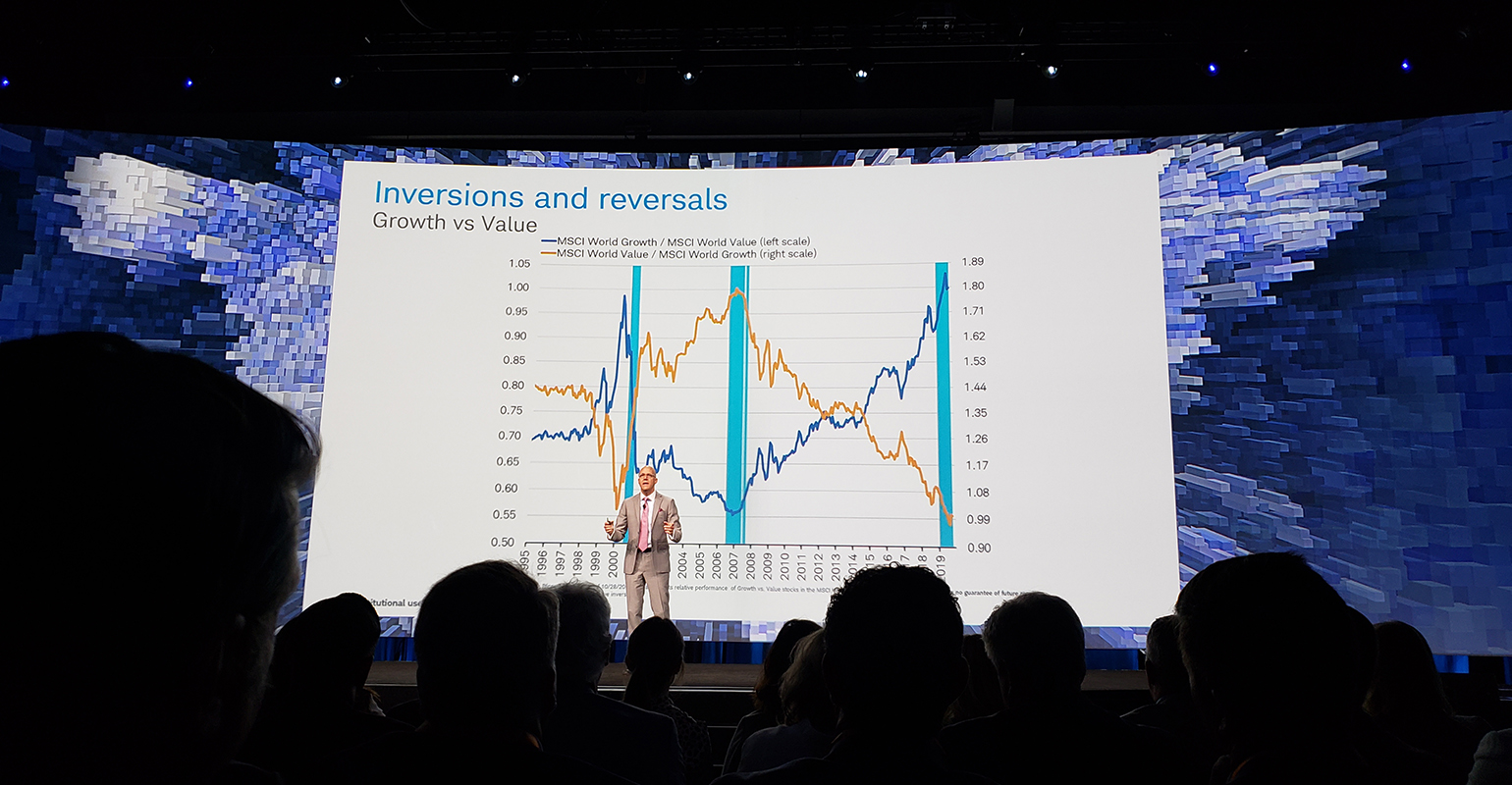 While trade may be uncertain, Kleintop presented a series of charts showing that the yield curve inversion could be an opportunity to reassess the client's investment allocations. “The message is a longer-term one,” he said. “When we get a yield curve inversion, while everyone obsesses about the short term, it says something really important about the long term.

“Wherever expectations are the highest, they tend to come down the most,” he explained. That means that while growth stocks have outperformed since the last yield curve inversion, with the current inversion, Kleintop thinks it’s time for value stocks to—finally—start to shine. “This is really important,” he said. “It will remind your customers why you diversify.”

Trade was also cited by Liz Ann Sonders, chief investment strategist at Schwab, as “one of the biggest uncertainties” for investors today. She took a dive into the leading indicators to sound a note of caution on the spillover effect trade problems could produce for investors. 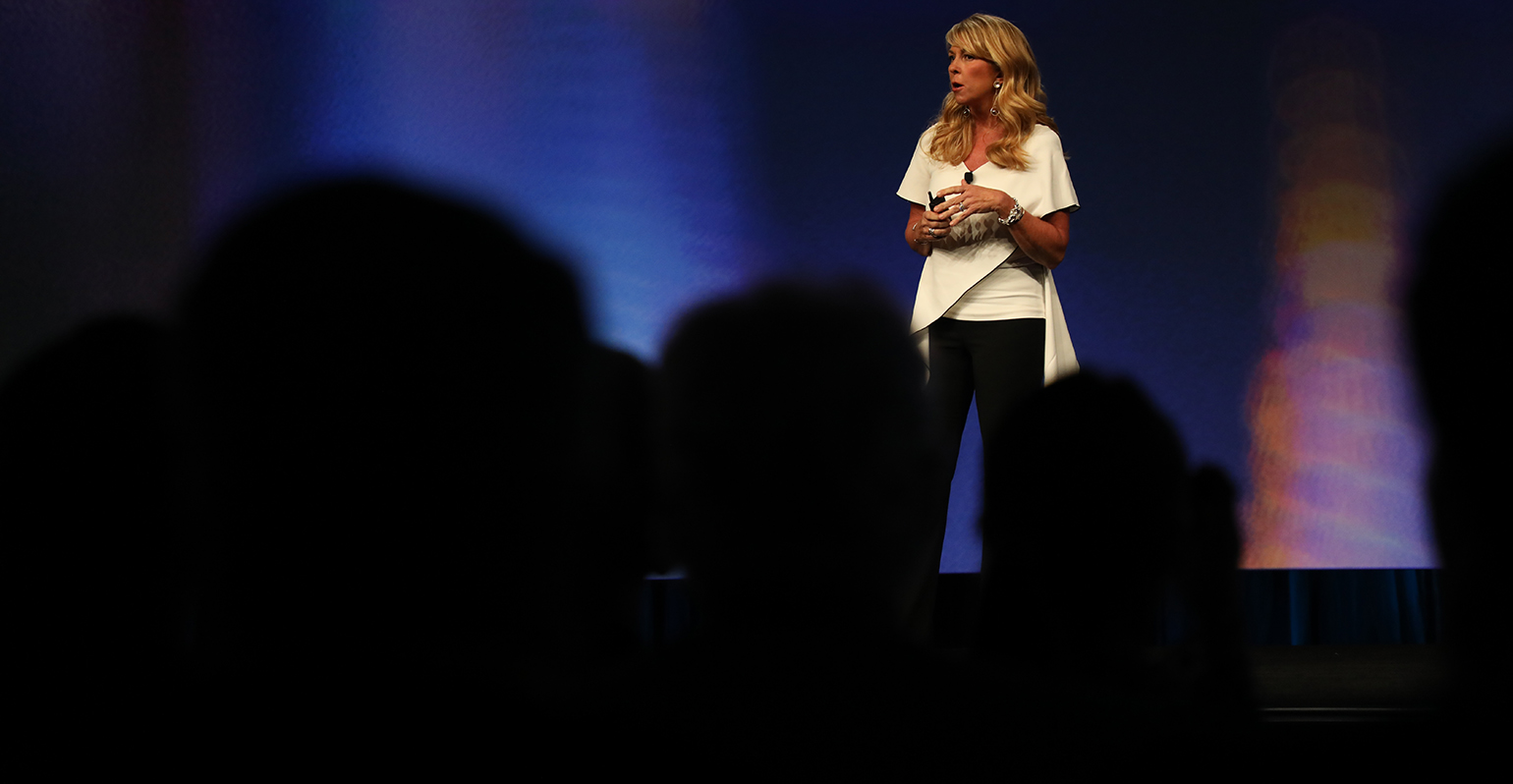 While recommending investors stick to their “normal long-term strategic allocation” for U.S. equities, Sonders noted that Schwab was “on watch” for an earnings recession triggering an economic recession. “We are in the midst of [a] third slowdown,” she said. “I think we’re at an important threshold.”

Both Kleintop and Sonders agreed that central bankers ultimately wouldn’t save investors from the most immediate economic danger: a trade war leading to a recession. “The Fed has done a great job of boosting asset prices. I don’t think it’s the elixir for what ails us,” Sonders said. “It doesn’t sign a trade deal. It doesn’t alleviate that uncertainty.”