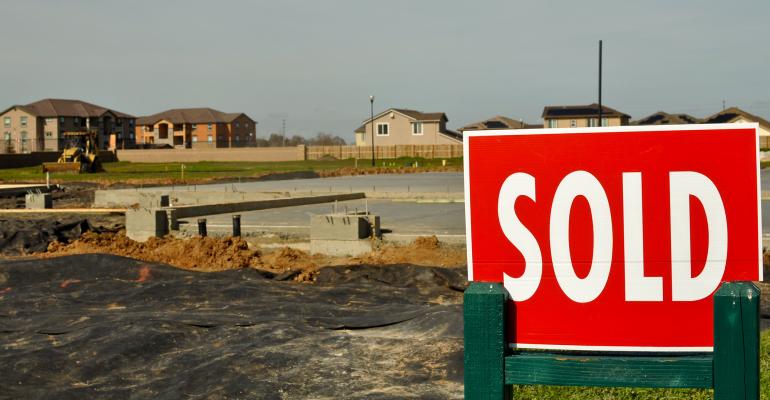 The past year was a record year for land sales volume and price appreciation in many markets, according to Cushman & Wakefield.

Dirt is typically not a sexy part of the commercial real estate sales market. The sector is often overshadowed by news of trophy asset deals and the latest record-setting cap rates. However, land sales have been on a tear over the last year with pricing on prime, shovel-ready sites that have risen as much as 50, 100 or even more than 200 percent in some cases.

The past year “was a record year for both land sales volume and price appreciation in many markets around the country,” notes Andy Slowik, a managing director and co-lead of the land advisory group at commercial real estate services firm Cushman & Wakefield. Despite higher interest rates, the land market has maintained momentum in the first half of 2022 as demand continues to outpace supply, he adds.

Especially for owners of entitled land with infrastructure in place, it’s a very good time to be a seller. For example, Cushman & Wakefield worked on the sale of a 243-acre industrial parcel in Central Florida that was acquired in December 2019 for $15.5 million. The parcel had some challenges that the buyer was willing to take on to create an entitled site. After resolving the issues, the owner sold the same site to an industrial developer last November for $60 million.

The past year “was an incredibly strong year for land sales across the board in a majority of our markets in the U.S.,” says Davis Adams, a managing director in the Houston office of JLL Capital Markets, Americas, and a co-leader of the firm’s land group. Land sales go hand in hand with development, and what’s driving the bulk of land sales are industrial, multifamily and single-family construction projects. “Those three asset classes are where the majority of the volume is in land sales across the U.S.,” notes Adams.

According to JLL’s 2022 U.S. Construction Outlook, commercial and multifamily construction starts nationally increased 16 percent in 2021, but remain below 2019 levels. Larger metro areas have been slower to rebound as demand for construction shifts away from denser urban areas to the suburbs and secondary and tertiary markets. That suggests that there could be more runway ahead if geographic markets and sectors that have lagged in the recovery, such as retail, office and hotels, gain traction.

The land sales market has traditionally been more challenging to track compared to other property types. Data from real estate data firm Real Capital Analytics (RCA) shows a big jump in the sale of development sites last year, with the $31.8 billion in sales that were up 43.5 percent from the $22.15 billion in sales in 2019. The company tracks sales priced above $2.5 million. The recently published 2021 Land Market Report from the Realtors Land Institute (RLI) and the National Association of Realtors (NAR) shows strong performance, although with a smaller overall percentage increase. Land sales of members of RLI and NAR rose on average by 6 percent in 2021, which is the best performance since the annual land sales survey of members began in 2014. Residential land sales accounted for 59 percent of total sales in 2021.

Last year, National Land Realty brokered more than $1.5 billion in sales, which was a record high for the land brokerage firm. The company is active across different types of land use, including commercial, residential, recreational, farm and timber. Part of that increase in volume is due to demand and constrained supply of entitled land in growth markets. “That has really created a competitive environment for developers to sharpen their pencils and increase the pricing they were paying for land,” says Nathan Fabrick, vice president of corporate development at National Land Realty.

The land market is highly nuanced, with demand and pricing that varies widely depending on the use, location, entitlement and infrastructure. From a macro standpoint, the hottest land markets are in the path of growth, such as Southern states that are experiencing strong employment and population growth. According to NAR, the states with the largest shares of land sales were Texas (15 percent), Florida (13 percent), California (6 percent), Georgia (5 percent) and Arizona (5 percent). Combined, they contributed to 44 percent of land sales in 2021.

Brokers are also seeing land sales moving further out to outlying suburban and tertiary markets, due in part to the search for more affordable housing and remote workers that now have more flexibility in where they live. “We have seen residential homebuying activity substantially increase in secondary and tertiary markets through the last couple years, which is likely to drive commercial development and investment into those markets as well,” says Matt Davis, a senior director in the San Diego office of Cushman & Wakefield and co-lead of Cushman & Wakefield’s land advisory group. Land with in-place income, such as productive farmland, has also seen an uptick in interest from prospects looking for safe havens to hedge against inflation, notes Davis.

One of the notable post-COVID-19 shifts is that people are willing to pay the same rents for highly-amenitized suburban locations as they were paying for urban rentals, notes Fabrick. In Florida, for example, there has been quite a bit of development of suburban apartments and build-to-rent communities that are close to master-planned communities. “That is a trend that we are seeing that is impacting the price of dirt in the suburbs where there is more availability of land,” he says.

According to data from Dodge Construction Network, total construction starts during the first quarter were 9 percent higher than during the same period of 2021. Non-residential building starts jumped 26 percent, while residential starts gained 3 percent. Although there were some signs of a pullback in March, the report noted that “volatility caused by the ebb and flow of some large projects “is somewhat masking the broader underlying trend of strengthening construction starts.

Risings rents have helped to offset higher land and construction costs. However, it remains to be seen whether rising interest rates could have a cooling effect on development and land sales. “The recent rise in interest rates has generally not affected land sales, but everyone is keeping an eye on it. It’s definitely a big discussion point in the market,” says Adams.

Another impediment to land sales is finding shovel-ready sites with entitlement and infrastructure such as water and sewer capacity. “There is a lag and it’s not moving as fast as the market is developing. So, it is creating a huge bottleneck on available land that can be developed,” says Fabrick. It takes time to get necessary entitlements and infrastructure in place. In Raleigh, N.C., for example, what used to take three to four months for a small-scale zoning amendment is now pushing out nine to 12 months. “There also seems to be some general hesitation around approving sites that are further and further out,” Fabrick notes. Views on rezoning and extending infrastructure differ depending on the local jurisdiction, but in cases where development sites are scarce and the entitlement process is slow, it is creating a huge premium for entitled sites, he adds.