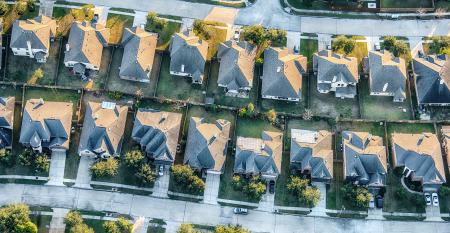 Invesco Backs Mynd to Spend $5 Billion on Single-Family Rentals
Jun 01, 2021
Invesco is separately leading a $40 million financing round for Mynd.

Fast-Cash House Flippers Flood Poor Neighborhoods in the U.S.
May 25, 2021
Bearing fast cash, wholesalers can help distressed homeowners sell quickly, but have been accused of strong-arm...

U.S. Sales of Previously Owned Homes Fall for a Third Month
May 21, 2021
Contract closings decreased by 2.7 percent in April, to an annualized 5.85 million.

U.S. Single-Family Home Rents Hit 14-Year High as Costs Surge
May 19, 2021
Rents on U.S. single-family rental homes rose by 4.3 percent in March, according to an index from CoreLogic Inc.

California Home Prices Shoot Past $800,000 for the First Time
May 17, 2021
The surge is, in many ways, a snapshot of what’s happening across the U.S., where tight inventory and low mortgage rates are fueling prices.

Why One Investor is Betting Billions on SFRs
May 11, 2021
Transcendent Electra plans to acquire or develop rental housing totaling $3 billion over the next three years.

Rent Surges on Single-Family Homes With Landlords Testing Market
May 07, 2021
With occupancies north of 95 percent, some single-family rental REITs are raising rents by nearly 10 percent on vacant units.

U.S. Home Prices Surge Most Since 2006 With Tight Inventory
Apr 27, 2021
The S&P CoreLogic Case-Shiller index of property values climbed by 12 percent in February compared to a year ago.

SFR Remains a Hot Sector, But Some Renters Continue to Struggle
Apr 12, 2021
Investors with small portfolios are more likely to feel the pain from tenants that have been unable to stay current on rents than REITs or private equity funds.

SoftBank-Backed Compass Cuts IPO Size by Half
Mar 31, 2021
The real estate brokerage targeted to raise as much as $936 million, which has now been cut to $475 million.
Load More