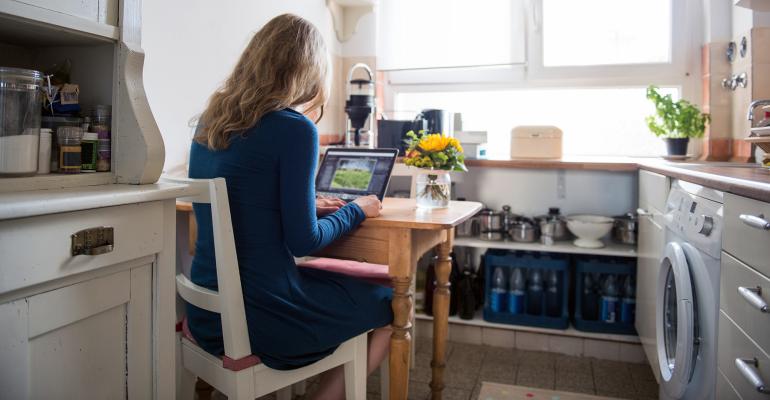 As many renters continue to work from home, they want different things out of their apartment communities.

“You see this substantial increase in the amount of renters who say they telework ‘most days’ or ‘every day,’” says Sarah Yaussi, vice president of business strategy for NMHC.

These renters are more likely to move because they want more space. They are more likely to want amenities in their units like soundproofing … and they depend on reliable high-speed Internet service and a strong cell phone signals.

Those are just a few of the biggest takeaways from the 2022 Renter Preferences Survey Report released in January 2022 by National Multifamily Housing Council (NMHC) and Grace Hill, which every two years provides a kind of to-do list for investors renovating apartments to match the desires of today’s renters. In September 2021, the researchers surveyed 221,000 renters living in 4,564 professionally-managed apartment communities, largely owned or operated by NMHC members.

Even though these renters were surveyed in a relatively optimistic moment, just after the Delta surge and before the spread of Omicron, relatively few (just 35 percent) said they expected to work from home less in the coming year.

Telecommuting has also affected the reasons that renters are planning to move in the near future. Telecommuters have much more freedom to live far away from their employers, in places where they can afford to have more space. Of the renters who said they intend to move when their lease expires, more than a quarter (28 percent) cited “additional living space” as a reason. That’s up from 19 percent before the pandemic. “More space” is now the third most popular reason renters like these give for wanting to move, behind “seeking lower rent” (49 percent) and “better community amenities” (29 percent).

Renters spending more time in their homes were also much more reliant on deliveries. Three quarters (76 percent) of renters received three or more packages a month over the last two years, up from roughly half (55 percent) before the pandemic. The share of renters who received perishable items several times a month or more nearly doubled to 17 percent, up from 9 percent two years before.

As more renters worked from home, they were more willing to pay for certain amenities inside their apartments.

Working from home is also opening the minds of renters to novel living situations. Nearly half (46 percent) said they would be interested in an experimental concept in which renters could over the course of a one-year lease move from city to city within the portfolio of a large apartment company. “ You want to spend September and October in New York, but then go to Salt Lake City for the winter, but Florida for the spring," says Yaussi.

The survey results also show that developers should pay attention to local preferences.