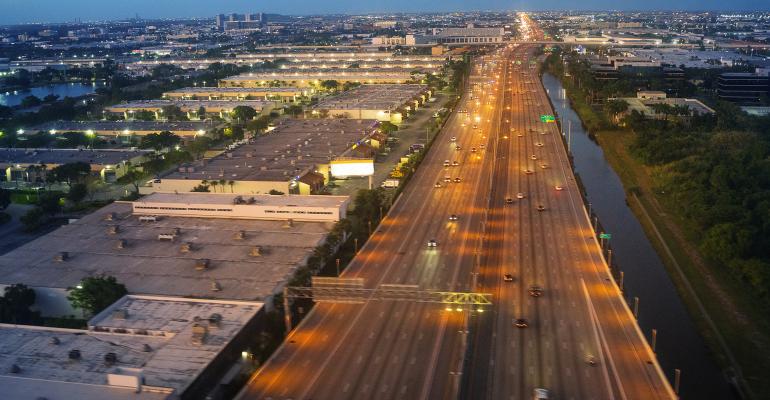 South Florida Is Experiencing an Industrial Boom Unlike Any Other

The region’s current boom might be the most impervious to broader cycle downshifts than any comparable period in South Florida’s history.

As a fourth-generation South Florida native in a family that has actively participated in the market for nearly a century, I have first-hand knowledge of the roller coaster nature of the region’s real estate cycles.  South Florida’s current industrial real estate boom is not the first of its kind, but it might be the most impervious to broader cycle downshifts than any comparable periods in the region’s history.

In the 1920’s, “Binder Boy” salesmen traded properties as many as four or five times in a single day with the promise of sunshine and riches fueling a prodigious bubble that was traumatically popped in 1926 by the last major hurricane to hit downtown Miami. A hurricane might not even be enough slow down today’s South Florida real estate juggernaut, however.

Despite over 8 million sq. ft. of new construction deliveries throughout 2021 and more delivering in 2022, South Florida’s rapid absorption has continued to leave vacancies at an all-time low of just 3 percent, compared with a national average of 4.3 percent, according to Lee & Associates National Quarterly Market Report. Rental rates have also seen a steady increase year-over-year, with the average for the South Florida tri-county area at $11.54 per sq. ft. per year. Several Miami submarkets are even seeing rates as high as $18 per sq. ft., especially for smaller flex product.

Few U.S. markets benefited more from the pandemic. With a business- and tax-friendly regulatory environment and a temperate climate that didn’t favor a virus to begin with, Florida (and more specifically South Florida) has enjoyed a covetous position in the national marketplace and came out of the pandemic shining.

From multifamily to shopping centers, office buildings and land, property values are surging. However, industrial is the sector giving “irrational exuberance” a new definition. Or is it? Are the recent double-digit rates of inflation enjoyed by industrial land and warehouse based on pure speculation, or are the participants in this asset class paying record-breaking prices based on solid fundamentals? Let’s consider this further.

Concepts such as supply and demand and price elasticity (or inelasticity) state that if there is ample demand with little supply, and if demand continues to grow while supply dwindles, then scarcity will drive prices skyward. Is South Florida industrial real estate easily substituted? Is it readily increased? Will the demand for it diminish over time?

The answer to the above questions is a resounding no.

Industrial real estate is not easily substituted nor readily increased. It is essential to the storing, distributing and manufacturing of goods. While over the last 20 years retail has been substituted by e-commerce’s pervasive form of direct to home delivery, the warehouses from where those goods are delivered have benefitted. We have also seen office be substituted in part by the work-from-home remote trend made essential by the pandemic. In short, while other asset classes, such as retail and office, have been easily substituted, industrial cannot be easily substituted.

Industrial can be increased, but not easily. Industrial parks are noisy and heavily trafficked by large, fume-emitting vehicles. They can be tall, but not nearly as tall as a condo tower or office building. They also tend to be near major highways, airports and seaports. Sometimes, they store hazardous materials that are harmful to the environment or unsightly equipment.

These challenges mean that any homeowners who get to vote on zoning changes for adjacent land will not willingly vote in favor of the industrial zoning classification. Second, because industrial is typically a single-story building (although vertical warehousing is starting to be introduced to the market) it is difficult to create significantly more storage square footage by going up.

Most U.S. counties and cities were master-planned at least 30 to 40 years ago or more, and often this planning did not properly contemplate the future demand for industrial real estate, leaving existing industrial inventory lacking. Furthermore, a large amount of industrial real estate, due to the fact that its rental rates per square foot are still commensurately much lower than office, retail and residential real estate, has been converted to these other uses that don’t face the NIMBY (Not In My Back Yard) hurdle.

In markets like Atlanta, Dallas, Phoenix or another ‘hub and spoke’ area with a core downtown and suburbs and highway veins and loops on the outside, it is easy to acquire a block of land further away from the core and rezone it before the NIMBY’s arrive. Many failed malls are also being converted to industrial use as a way of repurposing these grand, abandoned goliaths of eras past. However, South Florida does not have any abandoned malls, and its geography is not hub and spoke, but more like a banana sitting on a coral ridge that is surrounded by the Atlantic Ocean to the east and south and the Everglades to the west.

That leaves the north to expand into. Two decades ago, only the land adjacent to major population centers, airports and seaports was in high demand. Today, we are seeing developers and companies venturing as far north as St. Lucie County. This area was considered no man’s land in years past, without an international airport, seaport or many major employers. However, we now see major Fortune 500 companies deciding to locate in parks here due to the lower rents and land prices and lower cost of living for their employees.

In summary, South Florida is a land-constrained market that is even more scarce in industrial land, with high demand leading pricing to double over the last two years. Developers, and the region’s commercial real estate industry at large, will have to come together and identify creative solutions to accommodate the unprecedented demand.

Matthew Rotolante serves of president of commercial real estate firm Lee & Associates South Florida. He specializes in industrial sales and leasing in the region and participates on the boards of several local organizations.