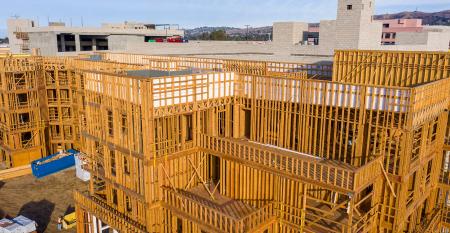 Trump Plans to Build 2,300 Luxury Homes at His Miami Resort
Jan 18, 2022
The former president said in a statement that he plans to apply to build the homes as well as retail and commercial space at Trump National Doral Miami.

Inflation Is Nearing 10% in Atlanta and Parts of U.S. Sun Belt
Jan 12, 2022
Sunbelt cities posted the highest inflation rates in the nation in December, reaching into the double digits.

Demand for Downtown Apartment Properties Has Fully Rebounded
Jan 12, 2022
Investors are rushing to buy downtown apartment properties in the biggest cities in the U.S.

Hines Launches $1 Billion Fund for Undervalued U.S. Properties
Jan 10, 2022
The fund aims to raise $1 billion in equity for investments in 30 of the largest U.S. cities.

Downtown LA Draws Flood of New Renters in Boon for Gritty Area
Jan 06, 2022
Most of the Downtown Los Angeles apartments that emptied in 2020 are filled again, enabling landlords to push rents to record...

2021 Year-in-Review: CRE's 11 Most Important Stories
Dec 29, 2021
From the office sector's repeated setbacks to unprecedented demand for industrial space to climate change's adverse impact on commercial real estate investments, here are some of the most important stories of 2021.

2021 Year-in-Review: WMRE's Top Eight Galleries
Dec 27, 2021
COVID-19 continued to disrupt both everyday life and commercial real estate trends. But the outlook for the industry as a whole got a lot brighter.
Load More