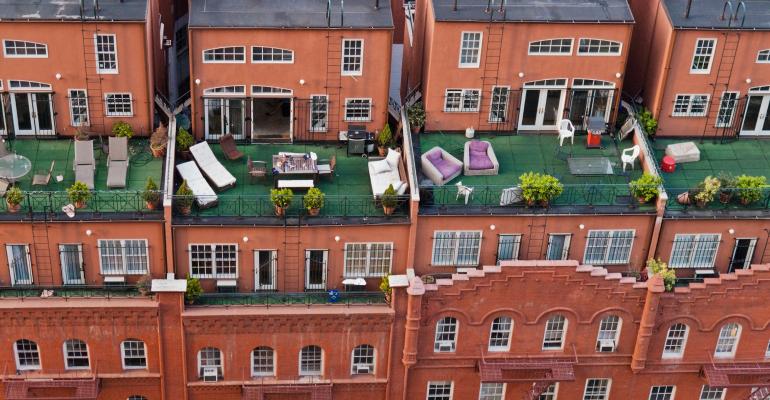 Start Slideshow ›
Average asking rents reached a new all-time high last month, according to Yardi Matrix. But the growth might be slowing down.

Though multifamily rents in the U.S. continued to go up in early spring and reached another all-time high, the growth has slowed down a bit, according to the latest report from real estate data firm Yardi Matrix. In March, asking rents throughout the country averaged $1,642 a month. That represented a year-over-year increase of 14.8 percent—50 basis points below the growth recorded in March 2021. Yardi Matrix researchers predict that going forward, multifamily rent growth won’t be able to reach the same pace as in 2021, partly due to outsized increases last year and partly because they expect slower economic growth in 2022.

Of course, current and forecasted rent growth varies by market, with some cities and towns set to experience much stronger demand. The following gallery breaks down which markets made it to the top of Yardi Matrix’ rent growth list and which are likely to continue to stay there.