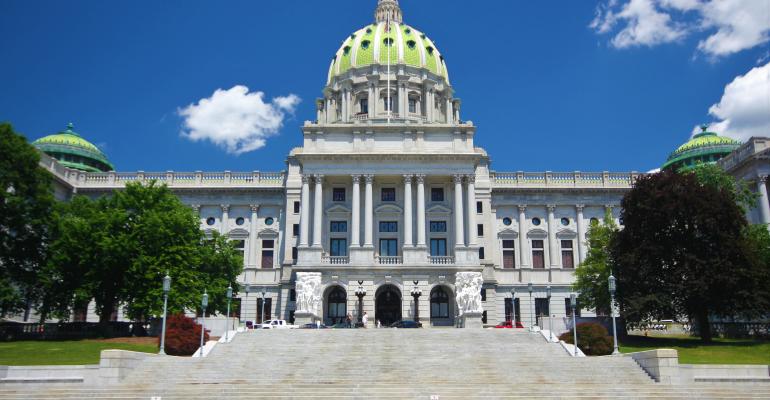 The Keystone State is the 19th to pass a rule on annuity sales based on the National Association of Insurance Commissioners’ 2020 model rule. Wisconsin, North Carolina and Nevada look to follow soon.

Pennsylvania is the 19th state to pass a “best interest” rule concerning annuity sales and recommendations based on the National Association of Insurance Commissioners’ (NAIC) model rule originally finalized in 2020.

Others may follow shortly: North Carolina recently released its own proposed rule, joining several other states considering proposals modeled on the NAIC’s work, according to the Insured Retirement Institute. Sarah Wood, IRI’s director of state policy and regulatory affairs, told WealthManagement.com that the momentum of more states signing could influence other states mulling similar moves.

“It definitely is state by state, but as you see more states sign on, that gives companies and producers more direction about how they should take their compliance efforts,” she said.

In late December, Pennsylvania Gov. Tom Wolf signed the legislation amending the state’s statute on Suitability in Annuity Transactions to mirror the NAIC’s model, according to a catalog of recent state fiduciary developments collected by the law firm Faegre Drinker. The new rule requires a producer to “act in the best interest of the consumer under the circumstances known at the time the recommendation is made” and is set to go into effect on June 20.

The NAIC passed its own model rule in February 2020 in an attempt to align the regulatory framework concerning annuity sales and regulations with federal regulations on securities, codified in the SEC’s Regulation Best Interest. According to state regulators at the time, the intention was to ensure state and federal regulators were not using different rule books.

Shortly after the NAIC passed its model rule, Iowa became the first state to propose its own version based on it, followed closely by Connecticut, Ohio, Virginia and Idaho. In November of last year, Kentucky and Mississippi became the 17th and 18th states to adopt best interest rules based on the NAIC’s model.

According to Wood, Pennsylvania’s rule “aligned well” with the NAIC’s model. Currently there are eight other states with pending proposals, including Nevada, Maryland, New Mexico, South Carolina, Wisconsin, Hawaii, South Dakota and North Carolina. According to Wood, the latter three states announced their proposals in just the past month.

“We definitely are pleased with the progress we’ve seen so far,” she said. “Especially within the first month of the year, to see three states put forward new proposals is encouraging.”

Of these states, Wood believes Wisconsin could move forward on its own legislative rule soon, suggesting it may be finalized by the end of the state’s legislative session in May, while Maryland, South Carolina and New Mexico's entries are regulations, rather than legislation, which makes it more difficult to determine their prospective timelines.

Wood and the IRI hope that as many as 35 states in total will have finalized legislation or regulation based on the NAIC’s model by the end of the year.