See the latest on the Wealth Management Industry including M&A activity, diversity and inclusion and RIA updates. 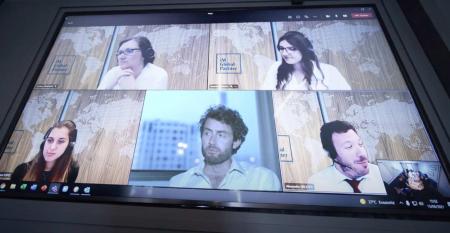 Investment Advisor Gets More Than Five Years in Prison for Securities Fraud
Jul 29, 2021
George Heckler is also facing litigation from the SEC in connection with an alleged scheme that lasted a decade...

iCapital Network Raises $440 Million, Valued at $4B
Jul 28, 2021
The latest funding round was lead by Singapore-based Temasek along with many repeat investors, including Blackstone, UBS, BNY...

Top RIA Custody Sales Execs Among Latest Cuts at Schwab
Jul 27, 2021
George Tamer, managing director of the sales team at TD Ameritrade Institutional, and Dan Cronin, who led sales for Schwab Advisor Services, were among the latest to lose their jobs this week as Schwab continues to integrate its former rival.
Load More