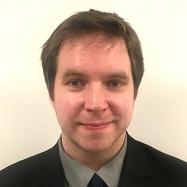 FINRA Postpones In-Person Hearings to End of February
Dec 03, 2020
The regulatory agency originally planned to resume arbitration and mediation proceedings at the end of January, but they can now proceed only via Zoom or teleconferencing.

Delaware Latest State to Propose Best Interest Rule for Annuities
Dec 02, 2020
The proposal is based on the NAIC's model regulation intended to align with Reg BI. But if a Biden administration urges changes to the SEC rule, how will states approach amending their own annuity regulations?

CFP Board Hires Former SEC Veteran as Enforcement Chief
Dec 01, 2020
Thomas A. Sporkin will join the board in January as the managing director, enforcement, and will be tasked with modernizing the board's detection, investigation and prosecution processes.

SEC: Florida Man Misused Haitian American Investors' Funds
Nov 30, 2020
The SEC said Anson Jean-Pierre told investors the funds would be used to develop projects in Haiti, but he actually spent some of the money on things like retail and travel purchases.

$250 Million Firm Rejoins LPL Financial
Nov 30, 2020
The three advisors at the San Diego–based Nautica Wealth Advisors had all previously been affiliated with the independent broker/dealer and are reconnecting with the company from Cetera.

Alabama, Rhode Island Consider 'Best Interest' Rule for Annuities
Nov 25, 2020
The states are the two latest to create their own regulations based off the model passed by the National Association of Insurance Commissioners earlier this year.

DOL Sends Fiduciary Proposal to OMB for Final Review
Nov 25, 2020
But it may be too late to stop an incoming Biden administration from placing a stay on it.

Will Biden Take Action on ESG Regulation?
Nov 24, 2020
Through the DOL and the SEC, the new administration has an opportunity to change the regulatory direction for sustainable investing, according to a recent Morningstar report.