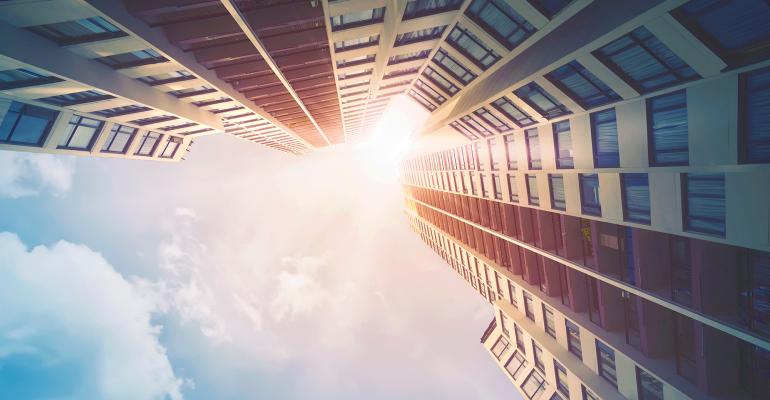 REITs End Quarter on a Roll, Posting Gains Across the Board in March

Retail, lodging/resort and apartment REITs posted the biggest gains in the first quarter.

Gains across all property sectors propelled the FTSE Nareit All Equity Index to post total returns of 5.53 percent for the month of March. That wrapped up a solid first quarter overall for publicly-traded REITs, with the FTSE Index posting an 8.32 percent return compared with 6.17 percent for the S&P 5000.

Fueled by the increased pace of vaccinations and the looming potential of fewer lockdown restrictions, retail and lodging/resort REITs led the way during the quarter, posting total returns of 18.08 percent and 17.96 percent, respectively. Looking at retail subsectors, regional mall REITs posted gains of 31.57 percent for the quarter, followed by shopping center REITs at 26.09 percent. Apartment REITs (15.22 percent) and self-storage REITs (10.31 percent) also posted double-digit positive returns for the quarter.

WMRE sat down with Nareit Executive Vice President and Economist John Worth to discuss March’s returns and what they mean for REIT prospects overall.

WMRE: We’ve reached the end of the first quarter. What are the dominant narratives that have played out year-to-date in looking at these returns?

John Worth: The right way to look at it is in the context of reopening and overall economic growth. There is a gathering consensus as the spread of vaccines becomes more ubiquitous that we are likely to see robust growth in 2021 and into 2022. That was reflected in the most recent jobs report. Unemployment is down to 6 percent and nonfarm payrolls were up by over 900,000. These improvements signal the resumption of economic activity that was curtailed by the crisis

We are seeing what are increasingly positive signs about the months ahead in terms of economic activity. It is clear this reopening activity has factored in the year-to-date and March returns in REITs. And we’re already off to a strong start to April, up more than 2.5 percent this month.

A lot of that activity, as we’ve discussed previously, is led by the “reopening” sectors. The strongest sectors year-to-date have been retail, led by regional malls and shopping centers, as well as lodging and resorts. The recovery is getting priced into the real estate, as well as the stock returns.

WMRE: Apartment REITs also had a strong quarter. What has been happening with those REITs?

John Worth: Apartments REITs are also up 15.22 percent. That’s an interesting sector in that REIT apartments have performed well across the crisis. They have not seen significant rent payment concerns. A year ago, a lot of concern was expressed, but it didn’t come to pass. A lot of REIT properties are high-quality properties and more likely to have tenants who could work from home and so they didn’t experience widespread unemployment.

While we have seen rents have come down in some metro areas, occupancies have remained robust. And as we see people getting vaccinated, we are seeing that people still want to live downtown and are reevaluating apartments in that perspective.

Another thing I will note is one of the other interesting things in March and year-to-date, is that one of the strongest performers was cell towers. That’s a bounce back from lackluster returns in February and reflects the strong secular tailwinds behind that sector.

We also saw data centers recovering some of the ground lost from earlier in the year. They had a strong 2020. Then there was a rotation away as we saw opportunities in some of the more distressed sectors as we did more reopening.

WMRE: Single-family REITs also had strong numbers. Is there any tension between the performance for those REITs and apartment REITs? And how does demand for single-family home ownership vs. renting play in?

John Worth: Single-family rentals (SFRs) have been a real success story. It’s another example of REITs leading the way into new product areas. This is a sector that really didn’t exist prior to 2008-09.

There has always been a single-family rental market. But it hasn’t been institutionalized and professionalized. The REITs were able to take what was a “mom & pop” business and really professionalize and that has become a very attractive area for investors. Now we are seeing REIT and non-REIT investment in that sector. It’s creating opportunities for people to rent the kind of housing that they like, whether that is an apartment or a home.

In terms of the demand, there is a population that wants to rent because they’ve decided they don’t want to be or can’t be homeowners. Those people are going to choose between renting an apartment and renting a house. They’ve always had that choice. A thing people lose sight of is that SFRs have been part of the real estate landscape for many, many decades. The only thing that is different is the institutionalization of it. And even today the majority of homes are still rented from local operators.

Single-family REITs are just providing that same option at scale, with service and amenities. So it’s not that demand has changed, it’s that the supply is more organized.

WMRE: In terms of looking at reopening in other sectors, something you flagged is the trajectory of work-from-home statistics in the Bureau of Labor Statistics reports. There’s been a 35 percent decline in people working from home from May 2020 to March 2021. Can you talk about that?

John Worth: We are going through this debate about, “What is the future of work?” and what does it involve in terms of how much time you are in the office and how much time are you working at home and what that means for office demand?

It’s instructive that as we are having this debate, we are seeing that people are steadily returning to work. The share of working population working from home continues to trend down month over month.

To me this is just more evidence that when we reach the equilibrium, we will see the vast majority of workers spending the majority of their time back in the office. This is the evidence that companies are already moving in that direction.

As an employer, you could be sitting in June and realizing that the vast majority of your employees have been vaccinated or at least had the opportunity to be vaccinated and all of a sudden the prospect of having people back in the office looks very appealing.

Companies will experiment with different structures over the year or year-plus. But I think it’s likely that a lot of companies will come to the conclusion that it’s better to get people together in person for building culture, training employees and for productivity. My strong suspicion is that after a number of these experiments we will land on an equilibrium, but it might take some time to get there.