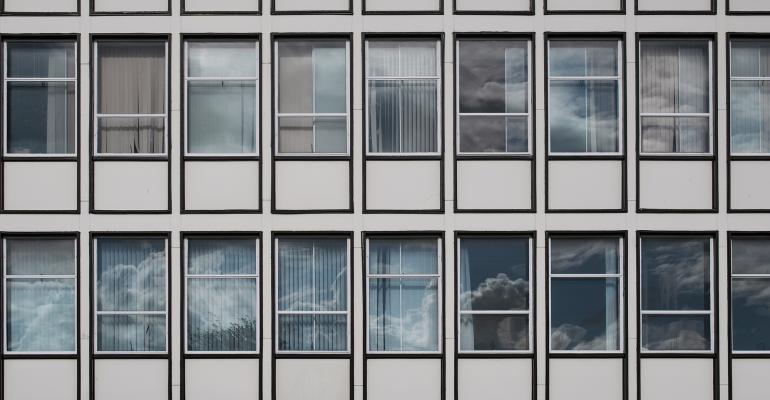 A true return to the office looks likely to happen in September. But many tenants are still hesitating on long-term changes to their spaces.

With COVID-19 vaccinations moving the U.S. population towards herd immunity and a post-pandemic world, corporate occupiers are beginning to consider when, how and where to bring workers back to the office and how much space might be needed to accommodate them.

“With vaccine largely rolled out by the summer, tenants will be able to test out a variety of utilization strategies,” he adds, suggesting that a return to the office may be slowest in urban centers, because many workers there are dependent on public transportation and might be more hesitant to return without high levels of vaccination.

New York-based Roy Abernathy, global head of workplace strategy and human experience at real estate services firm Newmark, says that his team is advising occupiers to prepare for a September return to the office. That means they need to determine what that return will look like in May and June, so any changes can be made in July and August. The biggest risk in meeting this schedule is whether schools will reopen in time, he adds.

“Most organizations are looking at the people model first, because you have to decide on where and how people will work before making workspace decisions,” Abernathy notes.

When designing a new work model, he says that the more progressive companies are including their employees in the conversation, asking them how and where they prefer to work before making decisions.

Abernathy notes that the flexible workers, those who will be in the office part-time, are driving a hybrid model approach and represent the biggest contingency in configuring office space. He warns, however, that the worst mistake an employer can make when configuring space is not designating workspace for flexible employees, as they will become frustrated if they can’t find a place to work and will stop coming to the office.

He also adds that the biggest unknowns right now revolve around changes in OSHA directives surrounding the vaccine rollout, which are expected within the next week or two. “Everyone is on the edge of their seat waiting of OSHA’s directives,” Abernathy says. OSHA changes could make a big difference in new office configurations and new office design models in terms of the need for social distancing and room occupancy limits, he notes.

In addition, Abernathy says that amenities and opportunities for social interaction will be returning to the office at an enhanced level, but those changes will be phased in over time. He notes that Newmark has created an entire group, dubbed workplace solutions, to focus on office social interaction and human experience.

Where are the stats?

For the moment, nationwide office leasing activity remains 47 percent below pre-pandemic levels, according to JLL data. Sixty-nine percent of all office leasing volume in 2020 involved lease renewals, says Eckert, who notes renewals have shifted to short-term lease extensions, with tenants only willing to commit to a three- to five-year period.

This trend has been most dramatic in gateway markets with the most stringent COVID-19 restrictions and the highest levels of public transit usage. (There has been no data to suggest that public transit is a major vector for COVID-19 infections provided riders wear masks, but workers’ perception of the risk might nevertheless remain high).

Abernathy suggests that the trend to shorter-term lease renewals reflects uncertainty among tenants about how much actual space will be needed long-term to support in-office work functions. That will only become apparent over time. For a long-term perspective, he says that the focus will likely shift from protecting workers from COVID-19 to reshaping space around a flexible workforce model.

“Almost all corporates expect a greater share of employees to work remotely one or two days per week, but views on the feasibility of remote work at scale vary widely depending on company leadership,” says Eckert. He notes that one of the biggest challenges for brokers when discussing real estate strategy going forward is around managing divergent expectations between leadership and employees over future remote work policies.

And while new leasing volume is down significantly since the pandemic began, Eckert says that some large users, particularly financial firms in New York City, have completed 10- to 20-year lease renewals. And many technology titans seeking outposts in secondary and tertiary markets have finalized new leasing deals.

Satellite offices, a popular trend prior to the pandemic, continue to witness disproportionate demand throughout the Sunbelt, with a handful of notable deals signed in Austin, Texas, Nashville, Tenn. and Atlanta, he notes.

Flight to quality also continues to dominate office leasing. “Tenants are favoring trophy/class-A buildings—particularly new construction—in both mature and emerging tech hubs, as they move forward with long-term growth strategies,” he says. These strategies are focused on following the talent, which is moving to the Sun Belt and secondary Western markets, including Denver and Phoenix, for affordability and lifestyle reasons.

“The need for high-quality space is somewhat counteractively creating a shortage of competitive space,” Eckert says, noting that nearly 63 percent of office product nationally is at least 30 years old. A large share of it is unsuitable for retrofitting to meet modern standards.

“Limits imposed by outdated office layouts, along with an unprecedented tenant-favorable leasing environment in terms of concessions and suppressed rent growth, provide a unique opportunity for tenants across metro areas and industries to consider new supply better suited to newer operational models,” he suggests.

Other major considerations for occupiers revolve around cutting costs, he adds. Tenants are looking at reducing office footprints in gateway markets and seeking opportunities to grow in low-tax states. Similarly, top of mind for tenants is the level of de-densification needed to balance employee well-being and satisfaction with maximizing efficiency in terms of real estate spending.

Companies also are developing hybrid-work models, involving a balance of flex and permanent office space, and setting aside desks for partially remote employees or on rotating office/work-from-home schedules.