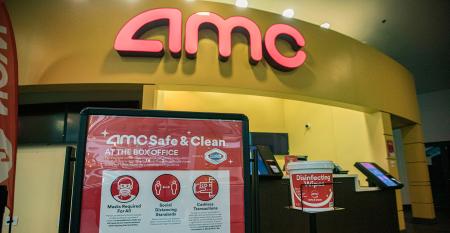 Zombies Defy Bankruptcy Logic Amid Meme-Driven Rally
Jun 14, 2021
Rallies in AMC and GameStop’s stocks have captured the public’s attention, but credit markets have been moved, too.

Mall Retailers Are Exploring Freestanding Sites. Are They a Good Bet for Net Lease Investors?
Jun 10, 2021
As Macy’s, Nordstrom Rack and The Gap look at freestanding stores, they might change the net lease market.

Instacart Wants to Replace Army of Gig Shoppers With Robots
Jun 01, 2021
Automation would be a major departure for Instacart, which currently relies on hundreds of thousands of gig workers.

Icahn on Inflation, Investing, and What He Misses About NYC
May 28, 2021
Icahn took some time to discuss his views on American malls, U.S. President Joe Biden’s performance so far, and the impact...

Macy’s Needs Another Miracle on 34th Street
May 27, 2021
A lot more is riding on the plan for a skyscraper atop the Herald Square store than an office tower and neighborhood...

A 120% Loss on Vegas Mall Triggers Payday for Icahn’s Big Short
May 26, 2021
The loss is the largest loss in both dollar amount and percent of original loan balance for a CMBS loan since the 2008 crisis.

The Retail Tenants That Paid the Most and the Least Rent in April 2021
May 24, 2021
As the U.S. vaccination campaign gained steam, many previously struggling tenants were able to contribute more money to rent collections.

NYC’s Boutique Gyms Face Operational Crunch in Reopening Studios
May 19, 2021
For boutique fitness studios, the fight for survival is not over among fast-changing and confusing rules.
Load More