5 of 9
< | >
View all in series
[Exclusive Research] Remarkably Resilient 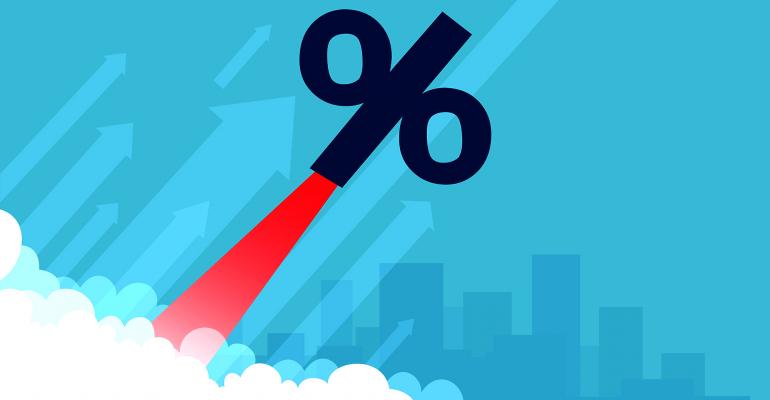 When Will Cap Rates Move?

Respondents are once again predicting a looming rise in cap rates on net lease assets.

Respondents to the WMRE survey estimated cap rates in their markets at 5.4 percent—down 50 basis points from 5.9 percent a year ago. That figure is below the national average net lease cap rate remained of 6.2 percent measured by CBRE. Spreads between the average net lease cap rate and the 10-year Treasury rate tightened to 527 basis points in the fourth quarter of 2020 as the economic outlook improved and Treasury yields increased.

Sabatini noted that cap rates are still very aggressive, particularly for high-quality industrial assets, but have remained stable so far in 2021. However, he predicts that cap rates will go up across all property types this year due to rising interest rates and the prospect of inflation.

Overall, 56 percent of respondents in the survey expect cap rates in their regions to rise in the next 12 months. That’s up considerably from the 40 percent who expected cap rate rises a year ago and more consistent with figures from the 2017 through 2019 surveys. On the flip side, 16 percent expect cap rates to decrease, which is the highest level measured in the six years conducting the survey. The reason sentiment rose on both sides of the equation is that just 26 percent of respondents in this year’s survey said they expect “no change” in cap rates—down from 44 percent a year ago who forecast stability in the marketplace.

For her part, Renshaw predicted that cap rates won’t budge until next year. “Cap rates will only increase once the debt constant gets within a 150-basis point margin of the corresponding cap rate and supply has caught up with demand, which will be in 2022 at the earliest,” she said.