4 of 9
< | >
View all in series
[Exclusive Research] Remarkably Resilient 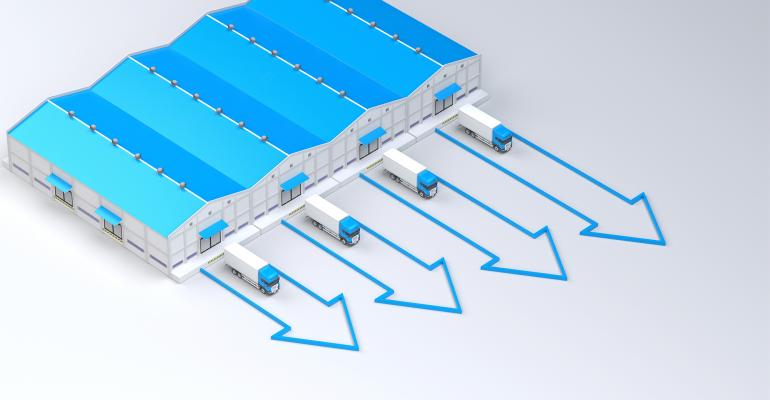 Industrial Separates from the Pack

The gap between the winners and losers in among net lease property types has widened.

Industrial properties are by the far the most in-demand net lease assets, according to WMRE’s survey. (Respondents were allowed to select up to three subsectors in their responses.)

In all, 55 percent of respondents said industrial net lease assets had the greatest demand. That’s up from a year ago. In fact, the response for industrial assets has risen every year we’ve conducted the research from a low of 24 percent back in 2016 to its current level.

Medical office was the second most popular asset class, with 42 percent of respondents saying that asset class was in demand, which is consistent with previous years’ surveys. Grocery stores jumped to third, with 25 percent saying those properties were in demand, up from 18 percent a year ago.

When asked to gauge the outlook for the same subsectors, the answers were similar, with industrial topping the list (3.9 on a scale of 5.0) while office finished at the bottom (2.4). The figure for industrial was generally inline with previous surveys while the score for office properties dropped from its typical number in the 3.1 point to 3.3-point range. Government net lease properties and grocery stores were second, with scores of 3.8. Meanwhile, the outlook for fitness centers and fast food/restaurants net lease assets dropped to 2.5.

“Due to the economic volatility stemming from the pandemic, investors across the board are really looking for those asset classes that support resilient supply chains and industrial has proven itself to be just that,” Sabatini noted.

The industrial sector’s share of total net lease investment volume in the fourth quarter of 2020 jumped by 11.3 percentage points year-over-year to 52.4 percent, according to CBRE. The office sector’s share fell by 7.6 percent to 27.7 percent while the retail sector share declined by 3.7 percent to 19.9 percent.

Even before the pandemic, W.P. Carey’s core focus has been on industrial assets, which now represent nearly half of its annualized base rent, according to Sabatini. “We see industrial assets as generally being more mission-critical with greater opportunities for tenant renewals. Industrial assets are now also benefiting from COVID-19 tailwinds including greater demand for e-commerce,” he said.

While warehouse and distribution properties in core markets are by far the most in demand, a broad range of investors are getting more comfortable with niche industrial that is more specialized and asset intensive, Yoakam noted. He pointed to cold storage, food processing, and manufacturing as examples.

Net lease medical properties aren’t as in demand as industrial, but they’re still popular with investors. In fact, JLL’s Sharrin described medical office as the “darling” of the net lease space nowadays.

At the other end of the spectrum, 2020 ended with office and retail recording the lowest investment volumes since 2013, according to CBRE. Some segments within retail performed fairly well during the pandemic (grocery and drugstores) while others suffered due to lockdowns (fitness, movie theaters, and fine dining).

“The traditional enclosed shopping center probably experienced the biggest COVID impact,” says Randy Blankstein, principal with The Boulder Group. “We expect to see a lot of the strong retailers who historically located in malls exit to either freestanding or multi-tenant that offers greater visibility or customer accessibility. We see this as a big win for the net lease sector.”

Sabatini acknowledged that both office and retail took a hit, but noted that W.P. Carey will still opportunistically invest in these assets. The firm recently closed several essential retail deals in Europe where it believes there are better supply fundamentals and pricing dynamics, as well as less competition overall.

For example, companies such as Amazon have launched online pharmacies where people can get prescriptions delivered to their door. Even one less trip to the drugstore could hurt retail chains’ profitability.