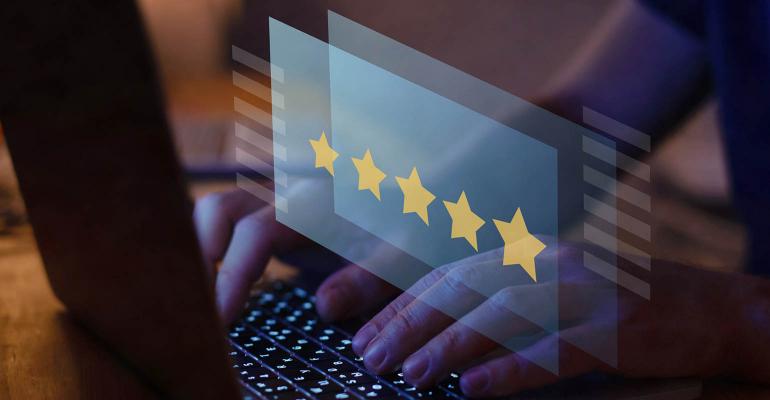 With its new Investor Experience Platform, the startup, which also announced the raise of $2.2 million in capital, hopes to serve as a review hub for advisors.

Somewhere there is a graveyard full of dead lead generation and prospecting tools for advisors.

Even so, there is always a demand for such tools; and where there is demand and funding available, there will arise entrepreneurs.

A recent, highly sophisticated entrant of interest was the prospecting and relationship intelligence platform Aidentified, which has since added additional data sets to its offering.

Thursday, another provider, Indyfin, announced a promising new feature called the Investor Experience Platform that could, for a time, provide themselves an edge in the advisor lead-gen and prospecting business: advisor ratings and reviews.

“What we have seen is that you can get people to stay at strangers’ homes, ride in strangers’ cars—if bad actors are kept out,” said Indyfin founder Akshay Singh, referring to the success of ratings and reviews at home rental startups like Airbnb and Vrbo and ride-sharing apps like Uber and Lyft.

“The most import thing we do is enable financial advisors to gather feedback from existing clients, and that is the most important differentiator from what’s been done in the past,” he said.

Singh noted that the platform, which has been in beta for some time, allows his developers to see the kind of clients advisors serve well by analyzing client survey data, which is part of the platform’s signup process. There are more than 100 advisors with reviews currently on the platform and hundreds more in the pipeline, he said.

“The other important part of feedback is that we are able to use data from the reviews section and feed it to the consumer and get a primary perspective of what clients think of advisors—something never done before,” said Singh.

The startup also announced a $2.2 million seed round led by VC firm Leo Capital and investments from several other veterans of the financial services industry.

For years, advisor testimonials were verboten, but with the implementation in May 2021 of the SEC’s so-called Ad Rule, financial advisors gained new marketing options that allowed them to solicit client reviews and recommendations.

The new Investor Experience Platform provides a place for such reviews and recommendations to reside. 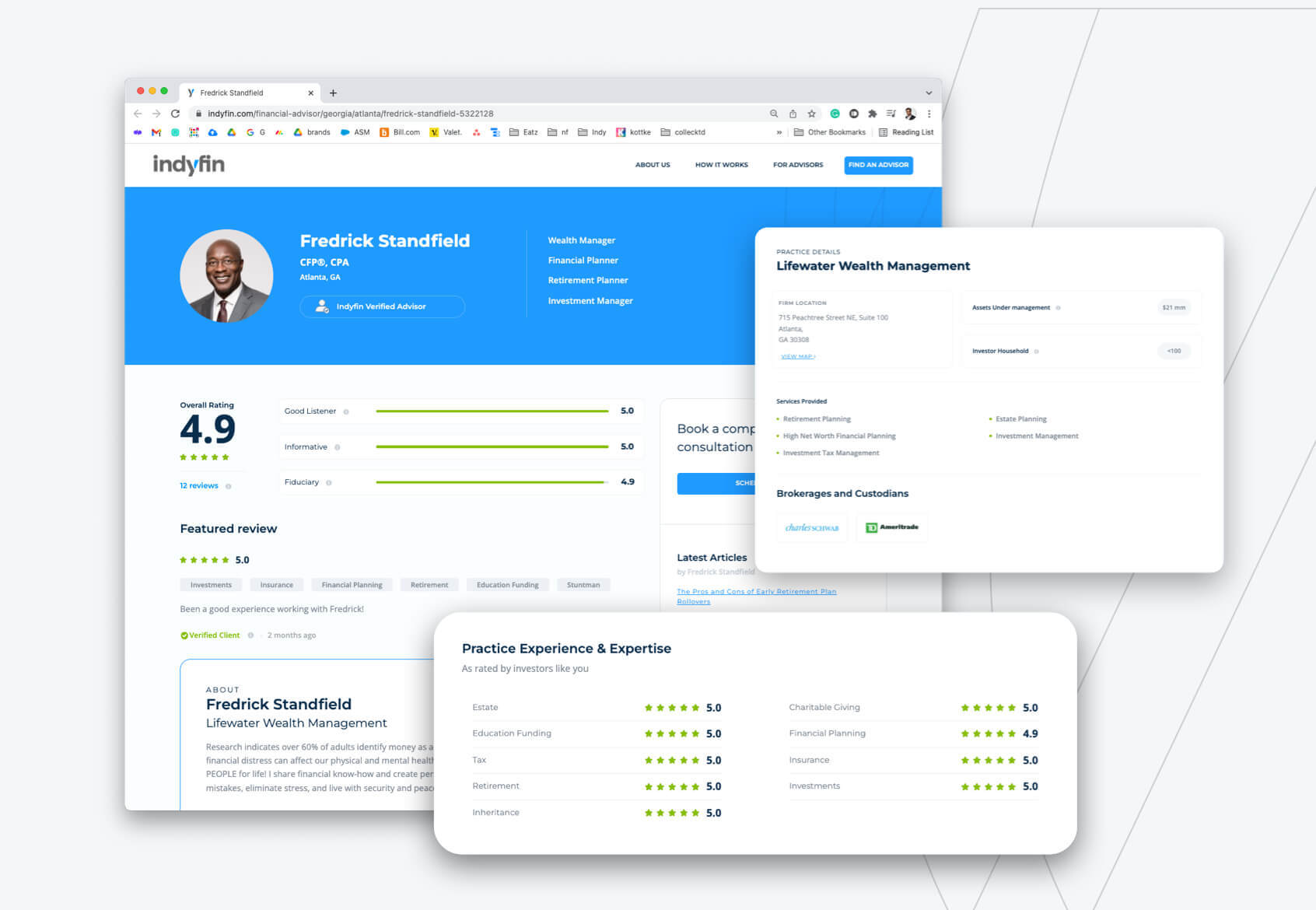 It was built to make it easy for advisors to quickly and easily create their own profiles that, in turn, reflect their businesses and any specializations.

Using the platform advisors can request, respond to, maintain and share reviews from existing clients in minutes and in a compliant manner.

While Indyfin first launched in February 2020, its efforts focused on finding prequalified leads for advisors and only charged a fee once the prospect became a client (which remains the case).

Since the Ad Rule came into effect, Indyfin has been vetted by experienced investment advisory attorneys familiar with SEC and state regulations. The new platform is designed with relevant provisions to make it easy for advisors to remain compliant.

A key aspect of Indyfin, according to Singh, is that not every financial advisor can join the platform. Advisors must pass a vetting process and once accepted, must share with Indyfin their client contact information.

Clients are then contacted and asked to take a “feedback survey” on behalf of their advisor, which includes up to 25 data points from each client, depending on the number of an advisor’s services they use.

This survey ranges from personal questions that include how far they are from retirement, to household income range, to their profession and then questions focused on the advisor.

Those latter questions include topics like whether the advisor tailors their advice around a client’s profession and the advisor’s areas of focus the client finds most helpful, as well as ratings for specific areas and of the advisor overall.

When asked about how reviews are curated and whether negative reviews can be taken down Singh did not hesitate in responding.

“We won't take out a review unless there is vulgar language, or if there is something not correct,” he said.

Each review currently lists the advisor’s location, overall rating, AUM, number of households served, custodian and how long they have been on the platform.

Advisors are charged a 25-basis point fee once they have landed a client through the platform, following much the same methodology as custodian referral programs, according to Singh.

The Indyfin team includes a staff of 15, most of them headquartered in Dallas, but with a few developers in India. Bootstrapped until this seed capital, Singh said he intends to put the resources toward new hires, development and marketing.