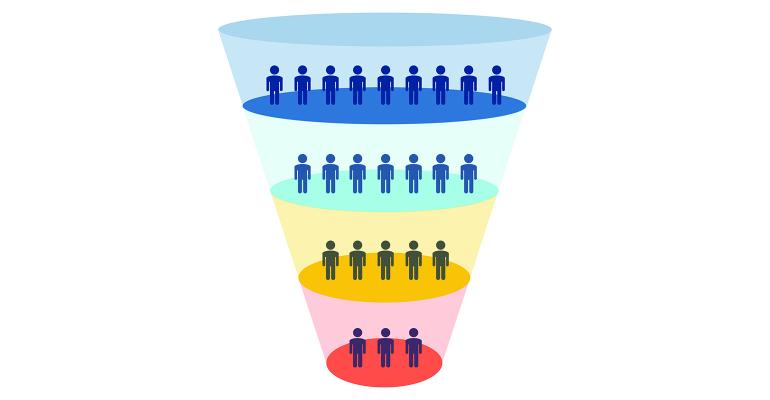 It takes a mix of factors for firms of different sizes to find success with digital-lead-generation services.

There’s little new under the sun, but hope springs eternal. A new crop of digital-lead-generation providers for financial advisors has come out recently claiming—in not so specific terms—to have the secret sauce to finding and converting prospects through digital touchpoints, data and insights.

To get context from advisors on how these tools help, or don’t, I reached out to several I spoke with on this very subject eight years ago to gauge their experiences in the intervening years.

In advisor technology, history is littered with failed attempts to create “platforms” built on a process for getting prospects into the marketing funnel and turning them into paying clients. I got excited about a new digital offering in 2012 and wrote a story on how it worked. It was called MyNewFinancialAdvisor (MNFA), which was an online subscription-based referral network connecting prospects with advisors. Have you heard of it? No. It no longer exists. But some of the advisors that tried it remember, and many have not tried another lead-generation service since.

Drew Waterbury, a solo practitioner and the principal of Ocean Advisors in Charlotte, N.C., said he spent $1,200 to use the service for a year and came out with not a single lead.

He talks regularly with a small group of advisors he met through his custodian, TradePMR, and occasionally the talk turns to these kinds of services. Waterbury has not ruled out trying another if he hears good things from these talks, but thus far nothing has received more than a lukewarm endorsement.

“Taken with my own experience, I just don’t know what the trick is in terms of how best to get something out of these,” Waterbury said.

There is no shortage of marketing or lead-generation firms soliciting advisors.

“I received at least eight to 10 inquiries in the last month that want to do lead gen and want to run marketing or email (campaigns) for me,” said John Bubello, principal at Compass Retirement in Connecticut. He said he tried SmartAsset, which connects clients to advisors via a consumer-facing website, for six months, but canceled it because the leads it was generating weren’t realistic for his practice.

“I’m about halfway between Boston and New York City in Old Saybrook, and they were digging up leads more in the Fairfield County area—people from there are not going to drive to Old Saybrook to meet with their advisor,” he said. The prospects would more likely gravitate to advisors closer to them in more-metropolitan areas.

He said he paid for, and received, six leads, but when he tried to contact the company to raise his issues, the responses were limited to making more of an effort at contacting the prospects.

“I’ve worked in startups, and I know when people are experimenting. And SmartAsset is a big experiment. They basically told me to ‘hit up these folks every day or every third day or more.’ I don’t need to pay $800 a lead for these folks,” said Bubello.

He said he’s spoken with another lead-gen company, Zoe Financial, and was hopeful about trying that service out.

One Key to Success: a Love of Marketing

But Adam Koos, president and portfolio manager at Libertas Wealth Management Group in Columbus, Ohio, said success in converting prospects—or the lack of it—comes down more to motivation and the personality of the advisor.

“I just think that people don’t want to do the hardest part of this business, which is to bother people all day,” Koos said, adding that advisors in general need to be more proactive, even when they have a lead-gen tool to lean on. It helps, he said, that he loves marketing and finds it comes naturally to him.

“You have to do the hardest part of this business, which is getting clients. You can do all the other things it takes—the investing knowledge, planning, even being good at running your business in terms of managing people—but if you cannot get new clients, you just are not going to be successful at it,” he said.

His $65 million AUM firm used WiserAdvisor, which matches those looking for an advisor with prescreened advisors based on geography using zip codes, for three years, with little success. He spent around $14,000 between annual dues and costs for leads. Over time he came to think his lack of success was more about how competitive his region of Ohio was, given the density of advisors there.

An advisor friend of his, who lives and works in a more rural area of Indiana, he said, had seen good success with the service, but largely because there were fewer advisors competing for the same clients.

Koos also tried SmartAsset but has almost given up after having spent $7,000 without yet landing a successful lead. He said he and his staff recently spent six to eight hours of face time and another eight hours behind the scenes working with one SmartAsset prospect only to have them eventually say no. A similar situation played out with the first of the three SmartAsset leads the firm received. One remains and is scheduled for a call.

“My thought process is that these things do work, but they work in environments where it is not a metropolis,” with many advisors all competing for the same leads. 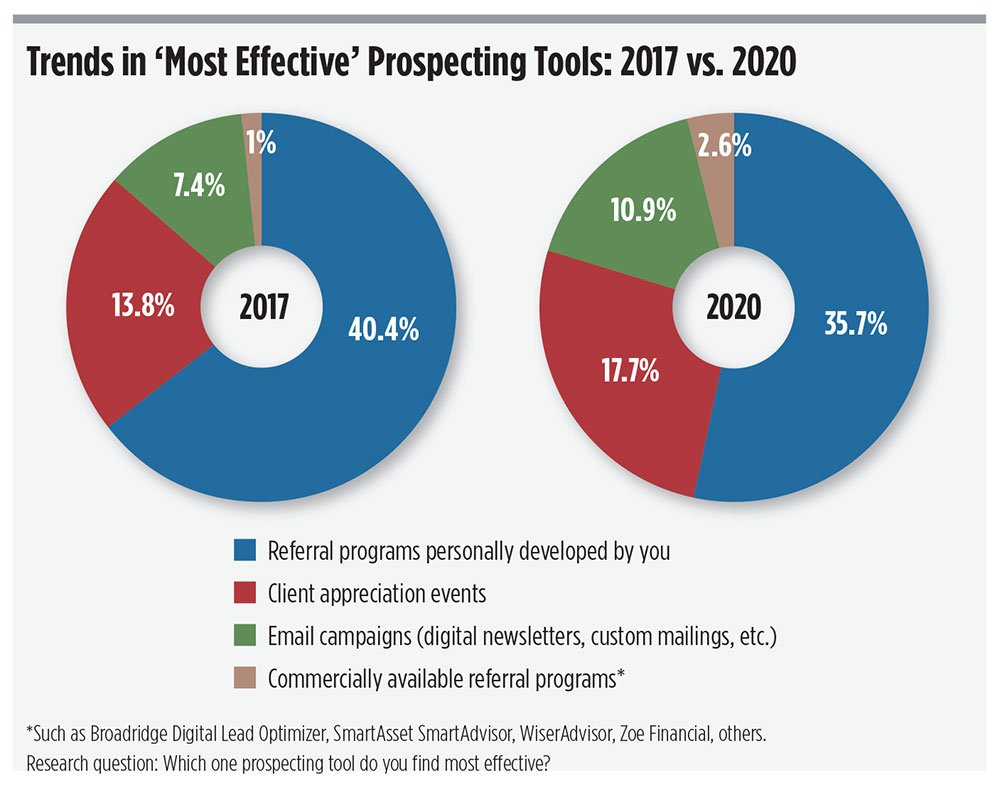 Some advisors are having more success when the tools are a part of a larger, firmwide process for marketing. “I’ll test anything to see what the experience is like,” said Joseph Anderson, president of Pure Financial Advisors.

In 2012 his firm had nine advisors and $600 million in assets under management. Now it has 26 advisors and $2.6 billion. A lot of the growth, he said, can be attributed to the use of digital-lead-generation tools dating back to MyNewFinancialAdvisor. He’s recently started using SmartAsset.

The secret? These services are only one piece of the firm’s formula. There’s a dedicated, three-person business development staff that follows up with the prospects.

“You have to be quick on the draw and by the end we are touching them [the leads] probably 10 to 15 times, between phone calls, text messages, sending additional content such as videos on retirement planning, or our retirement guide,” Anderson said. “When we do manage to get them to call back, they generally will come in,” he said.

With SmartAsset, which he started using six months ago, Anderson said his team has received around 200 leads. His business development team pursued them and received a response from 60. Forty agreed to take an in-person meeting. Of those, 15 became new clients, a 7.5% conversion rate bringing in $12 million in new assets.

While headquartered in San Diego, Pure Financial Advisors has offices in Orange County and another in Los Angeles but has not found the geographical density of advisors to be a disadvantage.

“We started from scratch 13 years ago with zero clients, and today have close to 3,000,” Anderson said.

Davis Janowski is a New York-based technology journalist whose work spans consumer, business and the fintech sectors. He has also worked for two fintech startups and as an industry analyst for market research firm Forrester.