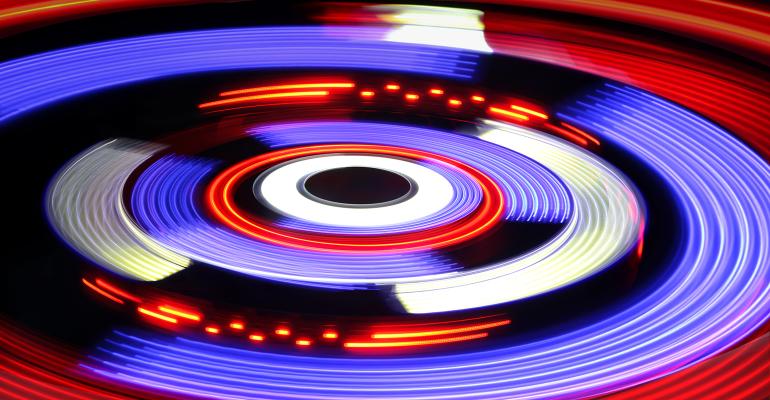 Our technology columnist says the deep-data prospecting tool, already used by a handful of national private wealth firms, could be a game changer for independent advisors.

I’m seldom awestruck by technology in the wealth management space anymore. The majority of press releases and calls I get about advisor technology tend to be evolutionary, not revolutionary. Most tech news focuses on iterations, integrations and partnerships—seldom real innovation. And after 22 years writing about things marketed as “new” and “cutting edge,” I’m jaded.

So I’m still not entirely sure what to make of Aidentified, a prospecting and relationship intelligence platform, recently demonstrated for me following a long virtual meeting with its founders. I was awestruck by what the 3-year-old startup’s technology could do, and its potential for the independent advisor channel.

According to the firm’s founders their technology has mapped more than five and a half billion first degree connections, over 100 billion second degree connections across 210 million consumer and 80 million business data profiles.

It employs predictive analytics algorithms and machine learning to create unified household and professional profiles of the advisor, the advisor's network, clients and prospects, for tracking money in motion or the pools of worthy prospects that, until now, were hidden in plain sight on the other side of an advisor's existing relationships.

If it sounds like an invasion of privacy, it's not. All the underlying data comes in from 14 different public or publicly available for-profit databases. And it is across all that data that the firm’s proprietary AI-driven matching technology has established those 5.5 billion connections referenced above, matching up events, assets, holdings, transactions, real estate purchases, etc. with specific individuals and households.

“What we found was that no one was tracking careers and households together,” said Aidentified’s CEO Tom Aley, who co-founded the firm with his brother Darr.

Dun & Bradstreet and Axiom are among the data providers the company accesses.

The secret sauce Aidentified adds comes in the form of their own matching technology, an area in which the co-founders have been serial entrepreneurs, having built and sold two other data analytics companies, Netprospex (sold to Dun&Bradstreet in 2015) and Generate (sold to News Corp in 2008).

I found a brief description by Ralph Schonenbach, the company’s head of product, a most apt metaphor for what Aidentified does: “It is like a pivot table of America.”

“Let’s say you want to find women IT executives who play golf and who have $1 million in investable assets,” said Schonenbach, to illustrate the granularity available in the technology’s user interface. He then conducted the search during my demo, selecting from various dropdown menus and inputting a couple of parameters. In the results were a half a dozen executives meeting that description within two degrees of separation from him.

“You can be an RIA of five people and still not know who you know,” said Darr Aley, co-founder and chief marketing officer.

“We are doing our best to network networks,” he said describing that Aidentified is a complement to established networking providers, including LinkedIn, which the company also integrates.

It is the layering of the data, both personal and business-related, and the mapping of relationships between people that makes the platform powerful.

“We are trying to track everything from the selling of shares, to M&A activity, to selling a house, to divorce, to change of address, all these events. We didn’t have the power to do that in 2004,” said Tom Aley, referring to the brothers’ first matching money in motion startup Generate. The power of today’s artificial intelligence-based algorithms, he said, was the missing piece of needed technology.

The founders said that while the firm is pursuing several different industry verticals, they started with the private wealth industry, which continue to represent 70% of their 650 clients. Among their customers are three of the nation’s wirehouses including Merrill Lynch, Morgan Stanley, and UBS. Also on the customer list are Envestnet, LPL, and Raymond James.

“Our intent is for advisors to be able to see ahead of the next Bumble IPO,” said Tom Aley, referring to the February $2.2 billion initial public offering of the women’s dating app that far exceeded expectations and left the firm valued at over $7 billion.

And this is how the founders envision independent advisors using the technology: visualizing the full extent and potential of who is in their networks and being able to search within those networks for prospects that might more easily be converted to clients.

“That relationship capital should be owned by the company,” said Darr Aley, “The best reference you can ever get to a private wealth office is someone who is already a client.”

The closest competitor I could find is the European-based Euromoney Institutional Investor PLC, which owns Wealth-X and BoardEx, and acquired Wealthengine for $14.5 million in December. That firm’s platform provides lists of the world’s wealthy individuals and tracks the movements of business leaders and M&A across markets.

The company’s introductory pricing ranges from “$3,600-$5,000 per advisor seat per year” with the cost dropping at higher volumes, according to Aley. The company offers a 14-day free trial on its website.

While many independent RIAs will see that as expensive, it is in line with many of the commercially available referral networks, prospecting tools, services and platforms already on the market.

If it lives up to what I’ve seen, Aidentify provides the best source of behind-the-scenes data and relationship connections needed for an advisor to secure an introduction to a prospect.

Of course, it will still be up to the advisor’s skill to use the information in a way that does not alienate current clients or frighten prospects, and close the deal. I suspect many of the top prospects in these networks will already have an advisor. But that is an entirely different problem that no technology platform can solve.