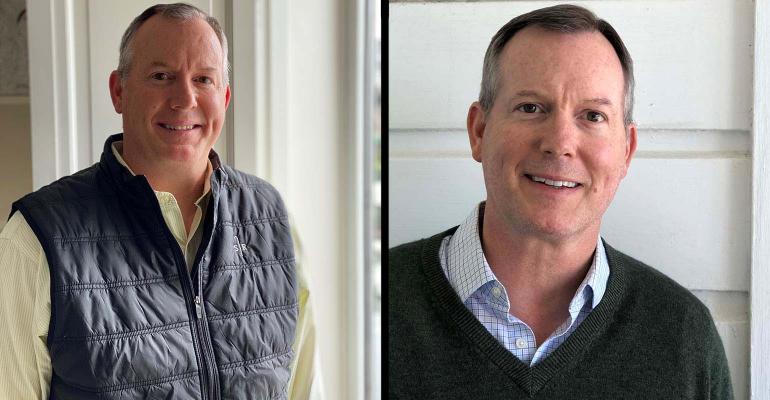 From IPO filings to inside stock transactions, the firm's relationship intelligence tech has grown in sophistication over the last nine months.

The prospecting and relationship intelligence platform Aidentified announced new improvements to its offering on Tuesday.

These enhancements are made of expanded data sets available on the platform to include a wide range of information on companies and corporate actions—from initial public offering filings to investments received at companies, firm acquisitions, businesses that have achieved unicorn status, as well as inside stock transactions and management changes.

In adding these additional layers of data, the firm has further enriched what was already available to advisors on the platform. This was primarily the ability to discover and analyze networks of potential prospects by aggregating data on individual- and household-level career moves, wealth events (executive-level promotions, publicly filed stock option awards, etc...), as well as wealth scores, household income, personal interests and up to 150 additional data points.

“You can find everything we do out on the open web today,” Aidentified co-founder Darr Aley said.

“We just pull it together better, and being a super aggregator [of all this data and databases] has allowed us to focus on what that connective tissue looks like,” he said referring to the company’s value add of making and illuminating the linkages between events, companies and people found within all that public or publicly available for-profit databases.

The latest enhancements build upon the foundational Aidentified platform, which combines 210 million household profiles with 100 million professional profiles to provide a 360-degree view of prospects.

Ric Lager, founder and president of Lager & Company, Inc., a state-registered investment advisory based in Golden Valley, Minn., specializing in individual 401(k) advisory services, has been using Aidentified for almost a year.

He cut his teeth building out his first prospecting list in 1984 using the Bill Good Marketing System, and most likes how he can filter prospects down to those companies that have their 401(k)s custodied at Schwab.

He described how by using the platform he could rapidly identify companies and then filter through employees within a company to find those individual prospects he is most interested in.

Illustrating with a hypothetical Joe and Pete’s Body shop, Lager described how by simply applying filters on a series of dropdown menus, which are based on demographics from company, to neighborhood and net worth, among many others, he could rapidly whittle a list of employees down.

“I can weed out the 20-year-old customer services guy and quickly get to Joe and Pete, the owners and maybe the top five guys in my [geographic] area,” said Lager.

“Most advisors are impressed with big numbers but with the people I want to talk to, the harder I work on the list development and narrowing my focus, the more successful I will be at landing the client I want and with this platform it is also the depth of information,” he said.  “I am almost always going to get a cell phone number and one or two email addresses or at the very least confirm the root email of their email address,” said Lager.

“It is like learning to fly in a Cessna 150 and then coming out and having an F16 in the driveway,” he said.

To be clear, the firm sells its offering to many other industry verticals but financial services firms still represent about 70% of Aidentified’s customer base. Within financial services, CEO and co-founder Tom Aley (Darr Aley's brother) said the firm has expanded into real estate and insurance of late in addition to areas of focus outside the industry (higher education, for example).

New customer firms within the advisory world advisors will be familiar with include Bessemer Trust and Cresset Wealth.

Aidentified already had three of the nation’s wirehouses including Merrill Lynch, Morgan Stanley, and UBS as customers, as well as Envestnet, LPL, and Raymond James.