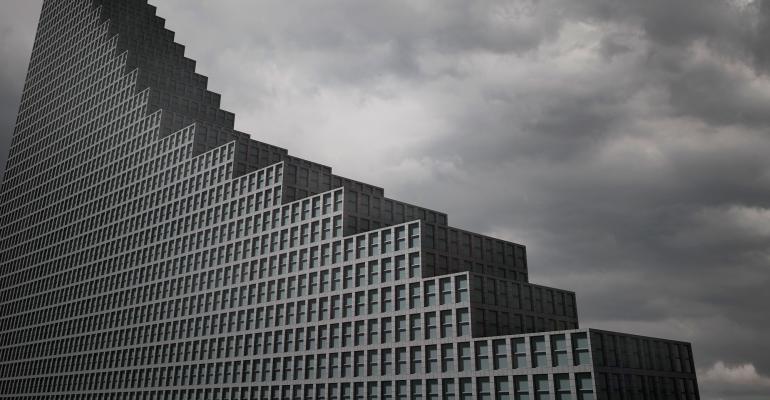 As the U.S. economy emerged from the pandemic-induced recession, office sales volume began to improve in the second quarter of 2021 and into the first quarter of 2022. Lately, however, in the wake of the Fed’s multiple interest rate hikes and the subsequent tightening in financing rates, those sales volumes have begun to drop off again.

The situation has been compounded by the weaker than expected return to office trends after Labor Day. Office investors remain uncertain about when and if a full comeback might occur, as working from somewhere other than the office has become the norm for over half of U.S. corporate employees.

“Prior to the rate hikes there was already a murky outlook on how, when and if there is a return to the office,” says Jonathan Bennett, president of AmTrustRE, a private real estate investor focused on value-add office, residential and mixed-use assets in primary markets, including New York City and Chicago. “I think over time there will be a comeback, but nobody knows when.”

All of this is taking a toll on the office sales market. In August, the most recent month for which data is available, office sales volume dropped by 56 percent year-over-year, to $5.3 billion, according to data firm MSCI Real Assets.

Related: Family Offices Turn Focus Away from Office Towers and Toward Industrial

For the third quarter as a whole, office investment sales declined by 33 percent compared to the same period in 2021, to $26.9 billion. The decline was more pronounced in sales of office properties in Central Business Districts (down 54 percent) than in sales of suburban properties (down 23 percent).

In September, with inflation still rising, the Federal Reserve increased its target rate by another 0.75 percent to a range of 3.0 percent to 3.25 percent. The Fed also released median projections showing that it anticipates the target rate to be 4.4 percent by the end of 2022.

This less than optimistic forecast will continue to affect both the commercial real estate lending market and investment sales volume in the office sector, according to Russell Ingrum, vice chairman of capital markets with real estate services firm CBRE. While interest rate hikes are playing a significant role in the slowdown in transaction activity, so is the reduction in the amount of debt available in the marketplace, he says.

“It is natural to see that higher interest rates negatively impact asset valuations, in the short term,” Ingrum notes, adding that cap rates have expanded in response to the increase in the cost of debt. In general, cap rates will increase by about 60 percent of the change in whatever index you are pricing off, according to him.

In the third quarter, cap rates on office transactions averaged 6.0 percent, 20 percent down year-over-year, according to MSCI Real Assets. This decline, however, was driven largely by sales of suburban office assets, the researchers note. Moreover, the Commercial Property Price Index for office buildings in CBDs has declined at an annualized pace of 2 percent between the second and third quarters of 2022.

“The deals that are missing from the market point to challenges on pricing that simply have not yet been realized in sale activity,” MSCI researchers write. “The distribution of office sale prices as measured on a price per square foot basis is simply skewed towards the best of the best.”

“The pace of the interest rate increases over the summer and fall has been difficult for buyers and sellers to manage,” says Ingrum, noting that as soon as a seller believes they know where pricing is, interest rates move again. “We do not expect to see increased sales volume until interest rates stabilize, and there is more predictability for at least the next six months.

Sellers’ expectations continue to be at odds with potential buyers’ ability to underwrite worst case scenarios for leasing demand and income growth based on current market conditions, reports MSCI Real Assets. As a result, sales volume in August was down by 56 percent not only year-over-year, but from the average pace for August for the five years before the pandemic. With interest rates still on the rise and the possibility of a recession on the horizon, investors have been less likely to look at office acquisitions than during the firm half of the year, says Ingrum. “They are reluctant to make a bet when there is so much unknown.”

The other side of the equation for office investors is gauging the level of leasing demand for offices in a market that’s undergoing changes. To an extent, office building occupancy levels depend on its main type of tenants, notes Bennett. For example, tenants in his company’s New York City buildings are largely government agencies, financial institutions and law firms, all of which are requiring employees to be in the office at least part of the week.

Not that long ago, many industry insiders believed that tech companies would be the most accepting of remote, or distributed work, but that’s not what’s currently happening, he adds. For example, while some viewed Facebook’s recent pullout from 200,000 sq. ft. office commitment at 225 Park Avenue as a sign of Big Tech’s loss of appetite for office space, the company still expanded its Manhattan office holdings, taking a total of 2.2 million sq. ft., including in the James A. Farley Building in Midtown and at Hudson Yards, in order to expand its staff in New York City by 8,500 people.

Nationwide, office leasing volume declined by 3.6 percent from the second to the third quarter, to 45.5 million sq. ft., according to the US. Office Outlook Q3 2022 report from commercial real estate services firm JLL. This was due to the cooling conditions in the tech sector, rightsizing trends and an uncertain economic climate that has created hesitation among tenants about committing to more space.

There’s little expectation of those trends improving in the short term, the report notes. A record volume of office lease expirations is occurring in 2022 and will continue in 2023, putting upward pressure on leasing activity, but renewal trends are still declining significantly and many tenants are downsizing while upgrading to higher quality offices.

All this is causing some deals to fall through, according to Bennett. He cites an $800-million office acquisition where the investor opted to lose a $30-million deposit because the deal no longer made sense when the Fed raised rates and the cost of capital increased. The transaction involved an older building in a desirable location that has seen some capital improvements, but was going to require a lot more capital investment to generate an equitable rental rate, Bennett notes.

“Most investors are scared to death of office buildings” he says, but adds that some investors, including his own firm, are looking for opportunities in key markets, where older assets with high vacancy are now trading at a 25 percent discount or more. For example, he notes that some office buildings that were selling at $500 per sq. ft. prior to the pandemic are now selling for $50 per sq. ft. As long as a deal makes sense in terms of cost per sq. ft. and income exceeds expenses, investors will buy, Bennett says.

Plus, office deals might have a better chance of clearing today for two reasons, according to Ingrum. First, while rates are still going up, the increases are becoming smaller, so the impact on valuations is also becoming more manageable. And second, the sellers who want to move forward have a need to monetize the assets and a good understanding of where their value is today.