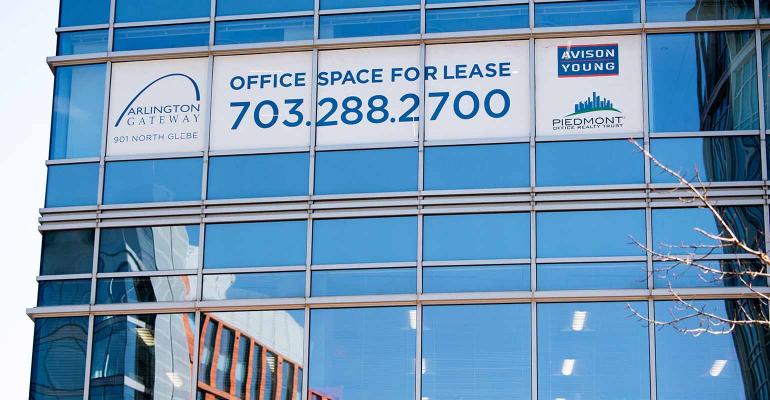 Multifamily and industrial continue to be in demand among commercial real estate investors, in spite of the new challenges. But the investment environment is changing and with it the calculus for which assets to invest in.

Rising interest rates, inflation and fears of a recession are starting to change the calculations of how to get the best returns for commercial real estate investors. Should they continue to favor multifamily and industrial assets, which have served them well through the pandemic disruption? Or switch to higher risk, but higher yield investments? It looks like the best approach might be combining the two strategies.

A report released last Wednesday by MSCI Real Assets, a global investment research firm, showed that the volume of commercial property sales is tapering off and that across the core property sectors, only apartments, retail and hotels posted growth in deal volume in May 2022 compared to May 2021. According to the report, inflationary pressures and rising interest rates have thwarted deals that no longer made economic sense.

Related: No End in Sight for Strong Demand for Class-A Multifamily Units

Overall, MSCI reported the pace of growth in U.S. commercial sales dropped to 3 percent in May from double digit growth in the first quarter of the year. But the drop-off in sales was not spread evenly across property sectors.

During the month, U.S. multifamily sales totaled $21.5 billion, a 22 percent year-over-year increase, MSCI reports. Hotel sales rose by 36 percent to $3.1 billion and retail sales went up by 34 percent to $5.9 billion. At the same time, industrial sales volume in May dipped by 20 percent, to $7.2 billion, while office sales went down by 34 percent, to $5.1 billion, as a result of the continued hit from remote work.

In the market at large, interest rates “are certainly having an impact,” according to John Chang, a senior vice president and national director of research services with Marcus & Millichap. While the cost of capital varies by property type and location, cap rates are being pushed down into the 3 percent and 4 percent range, he says.

“It’s hard for investors to make a decision about buying a property with 4 percent yield when they’re paying 5 percent on the cost of capital,” Chang notes. “The only times they’re going to do that is when they have a very clear pathway to rent growth and revenue growth that will more than offset that in the next 12 to 18 months. We do see the number of people bidding on assets start to thin, and we’re seeing fewer offers on properties.”

Despite the shifts in the market, Aaron Jodka, director of research, U.S. capital markets, with commercial real estate services firm Colliers, says there hasn’t been a “seismic shift” in the asset types most favored by institutional investors—multifamily and industrial.

“On the multifamily side, we have seen strong rent growth and occupancies are very strong,” Jodka notes. “With a short lease term of about 12 months, landlords are able to combat inflation. They can push rates in today’s environment to combat rising prices. On the industrial front, we’ve seen tremendous rent growth in the past few years, so properties that [have] near-term rent roll have the opportunity to capture substantial mark-to-market rent levels, which in turn will help combat some of the recent increases in inflation.”

An industrial asset coming up on the market that has a very short-term lease in place is going to be a hotly contested asset, according to Jodka, because the new owners can feel confident they’ll backfill that space, given the low vacancy rates and high demand from tenants. They’ll be capturing the last several years of rent growth, he notes, meaning “that asset will instantly see a dramatic NOI pop.”

While the market is “not as hot as it was and the bidder pools are getting smaller,” trades are still taking place, especially when it comes to industrial assets, says Richard Barkham, the global chief economist and head of global research with commercial real estate services firm CBRE. Investors are taking a wait-and-see approach on how much financial tightening the Fed will ultimately do, and whether the U.S. will see a recession, which looks increasingly likely, Barkham notes. “But there’s plenty of tailwinds for industrial because businesses want to carry higher levels of inventory. We have 20 markets in the U.S. with a vacancy rate of less than 3 percent and e-commerce continues to rise.”

Plus, the sectors that do well in an inflationary period are those where the property fundamentals are the strongest, he adds.

According to Chang, rising interest rates will drive greater interest in apartments because of strong demand and the ability to raise rents on an annual basis to keep up with inflation. “Housing affordability has plummeted and as a result more and more people are being pushed into rentals and apartments, and they’re going to be staying there longer.”

Even in this setting, however, Ben Tapper, a senior managing director and director of the national investment services group with Lee & Associates, says any outlook needs to be broken down by region. In some parts of the country, rent regulations make multifamily assets less desirable. The area’s job and population growth trends also make a difference, Tapper adds.

However, there are more opportunities in the market right now than just multifamily and industrial, brokerage executives say. According to Jodka, alternative asset classes are “intriguing” in today’s environment. He cites student housing as an example. It performed well during the pandemic and capital continues to flow into that sector. In the first quarter of the year, student housing sales reached $2.4 billion, a 121 percent increase from a year ago, according to MSCI data.

“Historically, during uncertain economic times, people stay in school or go back to school,” Jodka notes. “That’s a nice demand side for that asset class.”

There are other asset types that are attractive in a rising interest rate and inflationary environment, according to Tapper, but a lot of that has to do “with your acquisition basis.”

In addition, properties that require greater supporting infrastructure and carry higher replacement costs make for more desirable investments in today’s environment, he notes. One example is the medical office sector, where it’s expensive to build out the necessary infrastructure such as HVAC, X-ray-proof walls and MRI machines.

“Things like that are more cost-intensive to put into a building, creating a greater stickiness in the tenant, greater predictability and greater stability,” Tapper says. “I think in a rising interest rate and inflationary environment that’s what a lot of investors are seeking.”

Chang, meanwhile, cites hotels and self-storage facilities as the types of investments that could do well in an inflationary environment because they can change their rental rates on a more frequent basis. When it comes to hotels, for example, “Occupancy rates are back on par with where they were before the pandemic, and their average daily rate is higher than it was before the pandemic,” Chang says. “You are seeing lift in the hotel investment climate because it moves with inflation more quickly.”

Brokerage executives also mention data centers and life sciences properties as the ones to keep an eye on going forward. Barkham advises investors not to overlook retail. Because the sector has been out of favor for the last four to five years, it’s trading at higher cap rates. In a rising interest rate environment, higher cap rates might be considered more defensive, Barkham notes.

Retail is doing quite well “because no one has developed new retail over the last 10 years,” Barkham says. “There’s an emerging supply shortage and because it’s well-priced, people are looking at that as well.”

In the end, all property sectors will be affected by the rising interest rates, which could mean some pricing adjustments, says NAI Global President and CEO Jay Olshonsky. In addition, the U.S hasn’t had sustained inflation in 40 years, and today’s environment is something many commercial real estate investors haven’t seen, according to Jodka. That’s “unchartered territory in the world of institutional commercial real estate investment in the U.S.”

Unlike during the Great Financial Crisis, however, the commercial real estate market isn’t oversupplied and overleveraged and U.S. companies are not hemorrhaging hundreds of thousands of jobs a month, Johda notes. In addition, while interest rates are on the rise, they are still not at the level they were in the mid-2000s.

“That suggests the market can still have strong trading activity despite a higher interest rate environment. The challenge has been the pace [at which] interest rates have adjusted. It’s less the level and more the direction.”