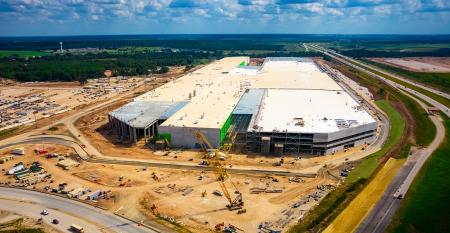 Facebook Expands in Silicon Valley with New Office Leases
Dec 02, 2021
The social networking company will occupy 719,000-sq.-ft. at the former NetApp headquarters in Sunnyvale and...

Hotel and Office Investments Are a High-Risk, High-Reward Bet
Dec 02, 2021
Understanding hotel and office investing in a pandemic-altered market.

Industrial Tenants Renew Leases Far in Advance, Raise Warehouse Roofs and More to Deal with Space Shortage
Dec 01, 2021
With scarce space available and rents continuing to rise, industrial tenants are forced to do whatever is necessary to secure leases.

MiniStorage Considers a Sale as Self-Storage Industry Consolidates
Dec 01, 2021
A deal could value the self-storage provider at more than $400 million, according to people with knowledge of the matter.

Booming Atlanta Becomes Epicenter of U.S. Inflation Surge
Nov 30, 2021
The elevated inflation rate in Atlanta partly stems from its lower starting point. Still, a mix of cash-rich investors and an influx of newcomers from the North are squeezing out locals.

Landlords Are Less Likely to Reply to Applicants with Black and Latino Names
Nov 29, 2021
National Bureau of Economic Research found that made-up renters with White-sounding names got a response rate that was 3 to 6...

REITs, Private Equity Investors Pile into Self-Storage Assets
Nov 29, 2021
A growing number of buyers are also willing to buy new self-storage properties before they are fully-leased.