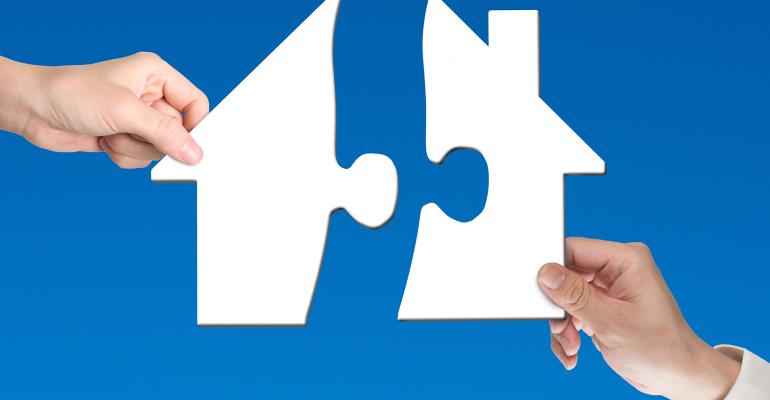 Last month, Common Living bought the management contracts of Starcity. Here’s how the deal came about.

The acquisition agreement between co-living companies Common Living and Starcity is a perfect example of the old aphorism: When life gives you lemons, make lemonade. That’s exactly what Starcity Co-founder and CEO Jon Dishotsky tried to do when he realized that the pandemic had forced the company into an untenable situation and jeopardized its existence.

“In February 2020, co-living was on a huge roll,” recalls Susan Tjarksen, managing director of multifamily capital markets with real estate services firm Cushman & Wakefield and an acknowledged co-living expert. “Institutional capital term sheets were being written all over the space. Then the pandemic happened, and no one wanted to talk about urban living, let alone dense urban living. That was a storm that was very hard for young companies like Starcity to ride out.”

In June, Common Living, the largest co-living operator in the U.S., revealed that it was acquiring Starcity’s management contracts for an undisclosed amount. The deal does not include Starcity’s existing portfolio of multifamily buildings, projects under development or land sites, which will also be sold off.

San Francisco-based Starcity manages about 1,000 co-living units in California, New York, and Barcelona. With the Starcity acquisition, Common will have roughly 7,000 units under management across the United States.

Dishotsky points out that today, Common is one of the few surviving co-living companies. “As a lot of co-living companies failed, I realized that Common has the winning formula,” he says. “We thought it would be better for us to look at their approach versus what we were doing.”

Unlike most co-living companies—Common, included—Starcity was structured as a vertically-integrated organization that owns and manages its own property portfolio. Dishotsky describes it as a traditional “prop-co and op-co” structure.

“It takes a lot longer and a lot more money to build a vertically-integrated company like Starcity because you need money for sticks and bricks, not just people,” says Tjarksen. “All the money that Starcity raised—it’s not patient enough to develop real estate.”

Dror Poleg, co-founder of Real Innovation Academy, author of Rethinking Real Estate and co-chair of Urban Land Institute’s Tech & Innovation Council in New York, says Starcity was one of the best co-living operators and took a sensible approach that many other companies learned from. “Starcity sought partnerships with developers and investors rather than just signing leases and growing quickly by taking unnecessary risks,” he notes.

Dishotsky acknowledges that a vertically-integrated model is “hard to pull off as a start-up.” However, he points out that Starcity had previously been able to successfully raise funds from a range of investors and was “fairly well-capitalized.” The last time the firm raised money—a $30 million Series B round—was in April 2020, according to Crunchbase.

Unfortunately for Dishotsky and Starcity, the pandemic changed the fundraising environment. Without additional funds flowing into the company, it couldn’t continue to operate as it had prior to COVID-19.

“Common is essentially a property management company, so it didn’t have the same financial load that Starcity had as co-living developer, investor and property manager,” says Tjarksen. “Because of the pandemic and the lack of investor interest in urban living, Starcity burned through its money faster than expected. If not for COVID, I believe that Starcity would have been fine because Jon [Dishotsky] is a smart guy, and he has a solid reputation in the industry.”

So, in mid-May, Dishotsky reached out to six companies to gauge their interest in acquiring Starcity’s assets. Common Living ended up being the best fit to acquire the company’s management contracts.

Common Living CEO Brad Hargreaves says Starcity was “one of the more successful” players in the co-living space. In particular, he points to Starcity’s ability to “reach and work with more institutional-quality owners and assets.”

In Tjarksen’s view, given the current market conditions, “I don’t think any company would have acquired Starcity in its totality. Maybe six months from now it could have happened, once everybody came back to urban environments. But [Dishotsky] didn’t have enough wherewithal to hold on another six months. The only true exit was to find someone to take over the management contracts and then liquidate the actual real estate assets.”

The Common-Starcity deal is the latest in the co-living sector, which has experienced significant consolidations over the past 12 months. For example, Starcity purchased co-living startup Ollie in an all-stock deal in December 2020, and this March, Habyt acquired Quarters, which had filed for bankruptcy earlier in the year.

The consolidation isn’t surprising. In fact, most experts anticipated it.

Since there’s no real risk of a monopoly in the sector, the consolidation should be viewed as a positive, according to Poleg. He contends that it will continue to create efficiencies and standards that benefit customers and the sector overall. Perhaps most importantly, consolidation makes it possible for more institutional capital to back companies that develop and operate products that the market clearly wants, Poleg adds.

Both Tjarksen and Poleg say the co-living sector has a bright future, though they have different ideas about where future growth opportunities will come from. Tjarksen looks to Gen Z to bolster demand for co-living, while Poleg expects demand to come from groups that historically haven’t been co-living residents.

“The best co-living operators turn residential real estate into a branded consumer product that is focused on the specific needs of a narrowly defined customer group,” Poleg says. “The first customer group was ‘professional urban millennials that are budget-conscious,’ but there are many other groups that require their own specific products and brands, including young families, empty nesters, and others. Most of the growth in the co-living world will come from developing new products to cater to these groups.”

Because Dishotsky and Hargreaves wanted to minimize disruption and have a seamless transition for building owners and residents, the Common Living-Starcity deal came together quickly.

Neither Dishotsky nor Hargreaves was willing to disclose the financial terms of the transaction with WMRE or anyone else. However, Hargreaves acknowledges that the value of the management contracts determined the price.

New York City-based Common, which is backed by several VCs, did not raise any additional capital to fund the acquisition of Starcity’s management contracts, according to Hargreaves. Its investors include Kinnevik, which led Common’s growth round last September by investing $50 million into the company, as well as 8VC, Maveron, Wilshire Lane Partners and Hanaco Ventures.

“Our investors believe that cities are recovering, and more owners and developers are going to look at innovative solutions like co-living to differentiate their properties,” Hargreaves says, adding that the company’s backers were “very excited” about the deal.

Ripley is leading the efforts to integrate Common and Starcity’s technology platforms. Currently, the combined Common-Starcity teams are in the process of evaluating how their respective technologies “match up,” according to Hargreaves.

Common’s proptech-related initiatives have focused on the role that technology can play in making building operations more efficient, from leasing to property accounting and beyond. In contrast, Starcity has invested in proptech that enhances the resident experience and community building.

“I would say that we’ve largely been focused on different things,” Hargreaves says. “While we also have a lot of initiatives related to community building, that’s been more of Starcity’s singular focus. I think our technology is very complementary, and that’s one reason I’m so excited about [the deal].”

Starcity’s West Coast concentration allows Common to expand its footprint in Southern California. “We’ve wanted to operate in San Diego for some time, so we’re really excited to open there,” Hargreaves says.

Common also plans to acquire Starcity’s management contracts in Barcelona. However, it is still negotiating the handover because those contracts are held in a separate joint venture.

Though Common’s European expansion has been in the works for some time, Hargreaves notes that the Starcity deal is “clearly an accelerant.” Starcity’s presence in Spain was “one of the more strategically interesting” aspects of the acquisition.

“It’s just not that interesting from a unit perspective—they don’t have many units in Europe—but the relationships they have, and the inroads they’ve made—made it far more interesting,” he says.

For Common, scaling up in Europe starts with relationships. To that end, the company will have its first boots on the ground in London this summer. Their mission is to increase Common’s visibility with owners and developers, establish relationships with them and understand how the company’s management approach aligns with property owners abroad.

“We’re very excited about the build-to-rent space in Europe,” Hargreaves says. “We think there’s a real need for strong management.”