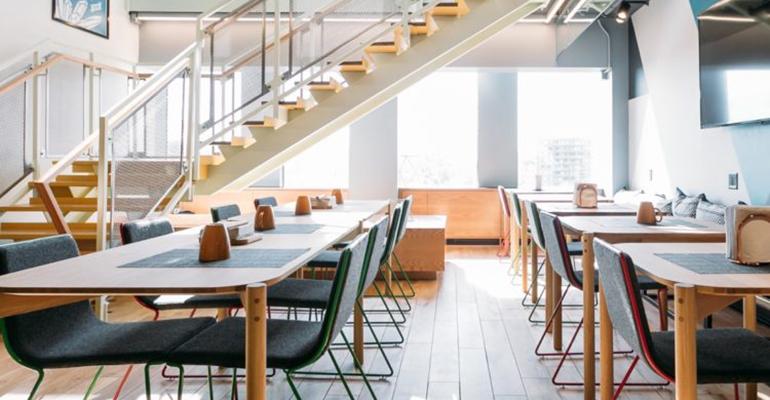 The company is holding talks about handing over operations of its WeLive location near Washington, D.C.

(Bloomberg)—WeWork is exploring ending its push into communal living, according to people with knowledge of the matter.

The New York-based office-sharing company is working with an adviser and holding talks about handing over operations of its WeLive location in Crystal City, near Washington D.C., said one of the people, who requested anonymity because the talks are private. It’s also deliberating options for its second location, on Wall Street in New York City, one of them said.

Deliberations are at an early stage, one of the people said. A WeWork spokeswoman declined to comment.

WeWork branched out beyond co-working under its co-founder and former Chief Executive Officer Adam Neumann, opening a school and expanding into communal living.

Since its failed initial public offering and Neumann’s resignation last year, WeWork has pared its growth plans and focused on its core business of providing office space. Last October, it announced the closing of its elementary school WeGrow. It has also been selling non-core holdings including its stake in The Wing.

The company also scrapped plans to outfit a 36-story tower with both WeWork and WeLive in Seattle, and was last month accused in a lawsuit of reneging on a pledge to invest $450 million in a San Francisco development slated to showcase WeLive.

WeLive, which offers fully-furnished apartments for stays of one night or longer, is currently advertising a discount of two free months if new tenants sign an annual lease at its two locations -- one in Crystal City and the other in New York City’s Financial District, its website shows.