What Are the Safest Property Bets Today for Levered CRE Buyers? 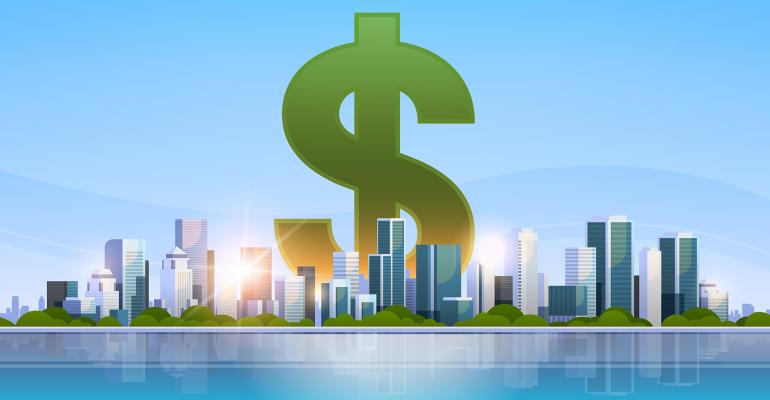 Start Slideshow ›
As interest rates rise and the outlook for the economy at large remains uncertain, CRE investors who depend on debt have had to reassess their strategies. That’s impacting the property types they might consider for acquisition.

Rising interest rates are changing the calculations for real estate investors who rely on debt to make their acquisitions. Some asset classes work better than others in this environment, but a lot of the sentiment about what’s worth buying continues to be shaped by the dynamics in place since the start of the pandemic.

In general, there won’t be as many investment sales deals with higher rates, according to Jim Costello, chief economist, real assets, for data firm MSCI. The more risk-friendly lenders in the debt fund world have pulled back with interest rate increases, he says.

“That could impact certain sectors that were requiring a little bit of higher leverage to make things work,” Costello notes. “In September, we will have a ton more data on who is lending on what for the first half of the year. What we’ve been hearing from folks is a pullback by debt funds as interest rates spike.”

Buyers and sellers also remain far apart on expectations at the moment because buyers don’t want to pay yesterday’s prices for assets, Costello says. If owners have a low cost of debt and cash flowing, there’s no reason for them to take a loss.

“The numbers just don't work to pay the price that someone paid in 2021 for an asset if you’re facing lower LTVs at a higher coupon rate,” Costello says. “A buyer isn’t going to jump in as aggressively while there’s some more uncertainty about what the income might look like, given the uncertainty about the economy.”

Jeremy Thornton, an executive vice president with commercial real estate services firm Colliers, says he’s never seen so much buyer retrade activity in his 23-year career. Buyers have gotten under contract, only to come back prior to closing with significant price adjustments tied to the increase in interest rates. “They went under contract on levered returns based on the fact that their financial assumptions were X,” Thornton says. “Now that interest rates have gone up significantly, they are not able to get those levered returns anymore, so they are coming back to the sellers for price reductions.”

A significant number of investment sales is being delayed, dropped or renegotiated by buyers to lower prices in light of interest rate increases, according to Jay Olshonsky, president and CEO of brokerage firm NAI Global. He notes that it doesn’t make sense for an investor to purchase a property at a 4 percent cap rate with interest rates going up to 5 or 6 percent unless it’s an all-cash transaction.

“However, there remains a significant amount of capital to be placed in real estate assets, so we are probably in an environment in which the debt-to-equity ratios are changing, yet investing in commercial real estate won’t stop,” Olshonsky notes. “It will migrate into different product types.”

As interest rates “begin to bite,” there’s going to be greater consideration given to property fundamentals and sector resilience when making investment decisions, according to Darin Mellott, senior director of capital markets research at commercial real estate services firm CBRE.

One intelligent strategy for dealing with a rising rate environment is to borrow for a long term at fixed rates, says Scott Singer, principal and co-lead of the tri-state debt and equity finance group with real estate services firm Avison Young. If you have a property that you intend to hold for 20 years and improve to increase its value while expecting to be in an inflationary environment over that long term, borrowing now at a fixed rate and amortizing as little as possible allows you to wait as long as possible to repay those dollars.

Another approach is to focus on properties where there’s an operational opportunity to increase value at a greater rate than what you expect the inflation rate to be, Singer notes.

“One of the risks of a short-or-medium-term inflationary market is that if interest rates are significantly higher when you need to refinance your property and your income level has not risen dramatically at the property, then the sizing of the refinanced mortgage may be not be high enough,” Singer says. “For borrowers who don’t have a 20-year horizon, then it’s necessary to look to properties where there is a business plan to increase the cash flow at the property dramatically in order to outpace inflation.”

In the following gallery, we look at what different property sectors can offer highly-levered investors under these new market conditions.