The latest trends in hotel finance, investment, development and management, across all lodging and hospitality sub-property types. 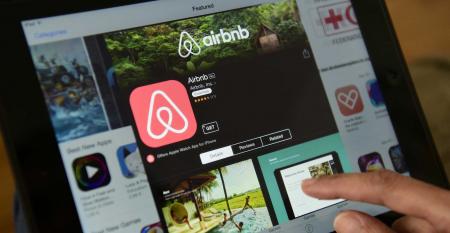 Related’s $1 Billion Los Angeles Project Opens After 15-Year Wait
Jun 30, 2022
The Grand LA will include a 28-floor Conrad hotel and a 45-story apartment tower that will open this summer. The...

Booming Nashville Is Being Transformed by Luxury Tourism
Jun 27, 2022
Over the next three years, Nashville is expecting an influx of five-star hotel brands that include 1Hotel, Edition, Conrad, and Ritz-Carlton, plus a full renovation of the city’s grand dame, The Hermitage.

Hotel Developers Battle Rising Construction Costs to Build More Rooms
Jun 27, 2022
With industry fundamentals continuing to strengthen following a steep dip during the pandemic, some hotel investors are back in building mode.

Luxury Hotel Concierges Are Once Again Essential—Except to Restaurants
Jun 13, 2022
As travelers return to international travel with renewed joie de vivre, there’s more pressure than ever on concierges to deliver.

Marriott Plans to Restart Share Buybacks on Rapid Hotel Recovery, CEO Says
May 24, 2022
The company said it would reinstate its dividend and is planning to start repurchasing shares again.

Caesars Seeks Over $1 Billion for Famed Flamingo Hotel
May 05, 2022
Some potential buyers have already passed on the property. The casino has been offered to private equity firms and other...

U.S. Hotels Face $21 Billion Business-Travel Shortfall in 2022
Apr 19, 2022
The report from American Hotel & Lodging Association and Kalibri Labs projects that hotel business travel revenue will remain 23% down from 2019 by the end of this year.