The office sector was already not the most favored investment choice before interest rate hikes because COVID-19 triggered a work-from-home scenario that has yet to translate into a more regular in-office pattern. And rising interest rates won’t help an asset class that tends to have longer-term leases of five to 10 years without a lot of flexibility in raising rents to cover a higher cost of borrowing.

However, the bigger problem is the sector has some of the highest vacancy rates among core property types and is at the greatest risk of devaluations, especially in urban areas, according to Olshonsky.

There’s not a lot of leasing going on because people aren’t sure how much space they will need in the future, and there’s a lot of subleasing already happening. The good news for investors is there’s not a lot of new supply on the horizon, Olshonsky notes. Despite that, it may not be until 2026 and 2027 that the office market comes back into favor, given the other factors that impact it.

Transactions involving office building in large Central Business Districts (CBDs) have been more dependent on lenders being willing to take on higher risk deals, and on debt funds in particular, says Costello. And when the debt funds originate those loans, they have to be in “big chunky deals” because they don’t have large origination teams like regional banks. As a result, assets in those locations are harder to finance.

Overall, the office sector is facing a fair deal of uncertainty, especially with concerns about the economy, according to Mellott. It’s challenging to secure financing for, but there will be a strong preference for the best assets, those that are highly amenitized and will attract tenants over the long term, he says.

“If you want to take a chance on something, I think office can pay off big, but with big payoffs you also have big risks and could lose a lot,” adds Cliff Carnes, executive vice president of capital markets for Matthews Real Estate Investment Services. “You need higher rents to counter higher interest rates, and we just don’t know where rental rates are going. They could drop dramatically or go up. It’s one of the biggest unknowns in commercial real estate.”

Despite higher interest rates, there should be some good buying opportunities in the retail sector, but it will vary by market and asset class, according to Olshonsky. Investors currently prefer grocery-anchored shopping centers over malls.

Costello points out that no sector fared better in the second quarter of 2022 than retail, with its $22.6 billion in investment sales, representing a 46-percent year-over-year increase. Retail activity was stronger than some other property types, which sounds counterintuitive given concerns about competition from e-commerce. But people are going back to stores.

Among the reasons grocery-anchored shopping centers may be attractive for investors is that there are some tenants who are holding short-term leases, and their rental increases can cover the higher cost of borrowing, notes Thornton. “If [the rent is] 20 percent below market, they have the ability to capture additional income upon renewal.”

Retail boasts healthy spreads, while spreads have compressed across other property types, according to Mellott. As a result, investments like grocery-anchored shopping centers are much easier to finance.

“There hasn’t been a lot of retail built, so the fundamentals are strong there,” he says. “If my cost of capital has gone up significantly and the spreads have compressed, that makes the investment less attractive. But retail remains attractive because that spread is somewhat healthy.”

Of course, Mellott cautions there are lenders who won’t look at financing retail acquisitions and with fewer lenders in the marketplace, those who are active can raise interest rates even more.

Hotels might be attractive to highly levered investors right now because they can immediately capture greater returns with a daily change in room rates, according to Thornton. In addition, people can invest not only in the underlying real estate with hotels, but in the operating business as well.

“It’s another example of a product type in essence capitalizing by increasing rents immediately,” Thornton notes.

The hospitality sector was crushed during the worst of COVID-19, but has come back strong in the last six to 12 months and has become more attractive. A lot of people who have historically invested in hospitality “took some bumps and bruises” and are no longer playing in that sector and that’s created opportunities, says Thornton.

Right now, hotel assets are trading at deep discounts and will likely continue to do so for the foreseeable future, according to Olshonsky. He estimates today assets are trading at 25 to 50 cents on the dollar to what they sold for prior to the pandemic. With travel returning, especially in urban areas, that makes it more of a play on value as interest rates rise.

“Of course, interest rates have an effect that has to be factored in, but you are banking on higher occupancy rates and more cash flow and things like that,” he notes. “Hospitality could come back a lot faster than people thought it would, and people will figure out how to do that in a rising interest rate environment.”

Still, according to Costello, full-service hotels that support convention centers in urban areas and which have traditionally been financed by debt funds and CMBS loans, have seen lenders pull back because of interest rate hikes.

While hotels are attractive to hedge against inflation and interest rate because of room rate flexibility, Mellott remains concerned about the condition of the U.S. economy and the impact it might have on travel by the end of the year and into 2023. If there’s a serious downturn, that will dampen investor enthusiasm for hotels, he says. “It was a strong first half, but I expect that to soften in the second half.”

There is high demand for and limited supply of self-storage assets as investors ponder acquisitions amid rising rates, says Olshonsky.

“Self storage is a good long-term investment and a stable thing because people need space, and there’s relatively good rent growth,” he notes.

Self storage owners have greater flexibility to raise rental rates than some other property types because leases in the sector are signed on a monthly, six-month or annual basis, according to Thornton. As a result, he views it as a good investment in a rising rate environment.

“There’s a lot of demand for self-storage right now,” Thornton notes. “We can debate why, but ultimately, it’s about a lot of activity on the single-family housing side. You’re seeing people move from homes to apartments and have to store their items somewhere.”

Self storage is having a good year because of its ability to adjust quickly to rising rates and inflation, according to Mellott. Investment sales volumes in the sector are healthy, with about $7.9 billion year-to-date in 2022, compared to $6.4 billion in 2019.

“Anything where you have short-term leases and can up the rents you’re getting, those types of properties are going to be attractive in a high inflationary and interest rate environment,” says Mellott.

Industrial has been a sector everybody wanted to invest in and lend on for the past several years because it seemed like a safer bet than anything else, notes Costello. There has been some concerning news recently over e-commerce operators not needing as much space and concern about Amazon pulling back on its warehouse leasing, but the fundamentals of demand are still in place in the industrial sector, combined with a limited amount of available space.

There’s “still a ton of interest” in quality industrial projects, especially those focusing on serving logistics and transportation clients, notes Thornton. But investors are looking for industrial properties with multiple tenants and shorter-term leases, where they can capture higher rents in the first year or two of ownership.

“That way they have the ability to significantly increase those rents as they deal with the current inflationary environment,” he says.

Some industrial deals are on hold right now because of interest rate changes, according to Olshonsky, but he adds that most deals are still closing.

Industrial property fundamentals remain attractive, with limited supply and high demand, and there hasn’t been overbuilding in recent years. Demand in the sector is based on strong jobs and retail sales statistics, and despite two quarters of negative GDP growth, which is a classic sign of a recession, the U.S. has the lowest unemployment rate in 50 years, Olshonsky notes.

“Hands down it’s multifamily,” says Thornton when asked about what he considers the most attractive asset class in a higher interest rate environment. “It has the most flexibility and is historically the most stable asset class.”

“With a 100-unit apartment building, you always have units rolling every month, and as those roll you have the ability to put mark to market to those units,” Thornton notes. “You can capture those higher rents to somewhat offset inflation and the interest rates.”

Commercial real estate assets that performed the best pre-pandemic are still strong and should remain so going forward, based on supply and demand dynamics, says Olshonsky. And those are multifamily first, followed by industrial.

“There’s so much money out there chasing these things,” Olshonsky says. “There might be some repricing, but it’s not drastic repricing that we are seeing due to interest rates.”

The returns in multifamily might not be as explosive as they have been over the last couple of years, mainly due to higher prices on acquisitions, but fundamentals remain very strong, he notes.

Mellott agrees that multifamily and industrial remain the most preferred property types in terms of performance, but also because those are the properties that are the easiest to secure financing for at this point.

“We haven’t built enough housing since the end of the Great Recession, and that’s a tremendous tailwind for apartments,” he says.

And while even the multifamily sector is impacted by rising interest rates, Carnes said the hope is the rent increases will negate the effect of higher interest rates.

“Hopefully higher rental rates will counter some of those effects of higher interest rates in terms of profitability.” 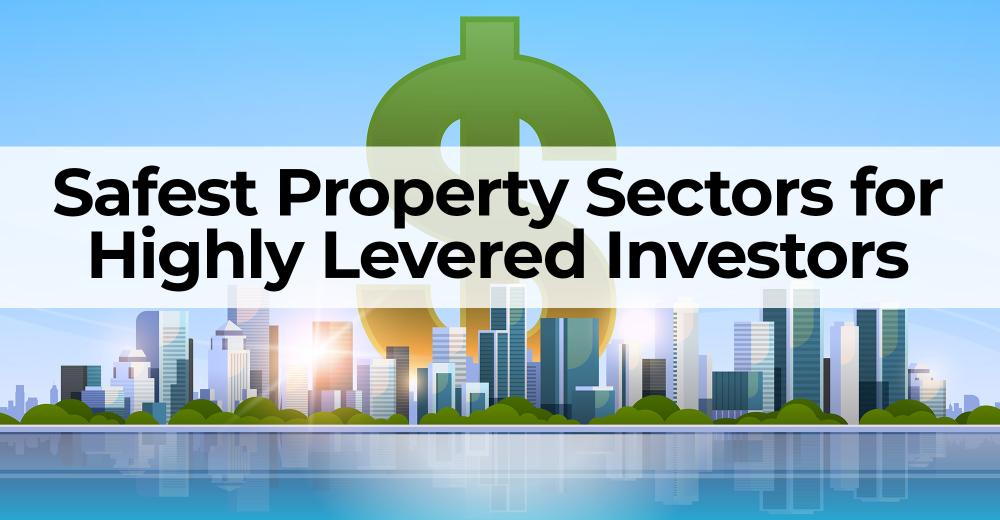