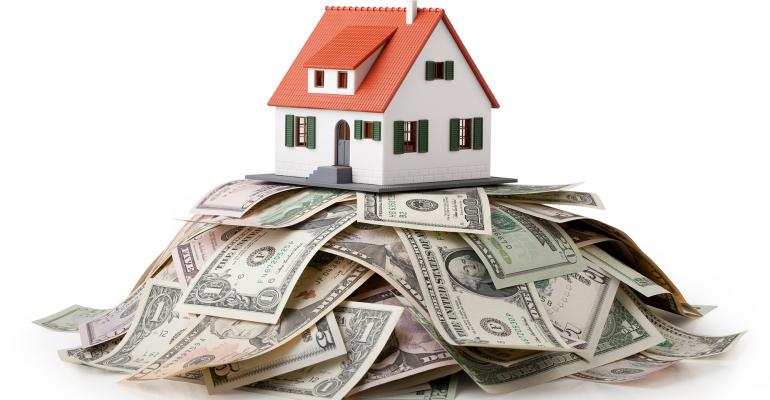 Considerations for Investing in Single-Family Rentals

Here are some things to consider for investors and developers looking to diversify by entering the SFR space.

Single-family rentals or SFRs have recently become one of the hottest subsectors in the commercial real estate market. SFRs may be a great alternative for institutional investors who are looking to diversify their portfolios, developers who want to profit and even renters who want the amenities associated with living in an apartment community, but also the feel of living in a home, all without the long-term commitment and investment of home ownership.

SFR was not a small asset class even before the pandemic began. However, migration patterns since early 2020 have amplified the rate of growth of SFR developments, leading the subsector to reach a 25-year high in occupancy in 2021. Because the pandemic forced people to spend more time indoors and consequently in their homes, many flocked toward other residential options, and the SFR market flourished as tenants took note of the properties’ flexibility and affordability. According to a survey done by the National Rental Home Council, 41 percent of new SFR tenants moved from a suburban location, while 59 percent moved from an urban location. Within the Sun Belt specifically, the deficit between housing availability and affordability has been more prominent, leading to tenants in those areas being particularly attracted to the reduced costs associated with SFR properties over traditional home ownership. Predictions anticipate such movement will continue in the coming years.

Historically, SFRs have been primarily owned by smaller mom-and-pop investors, with institutional investors making up less than 2 percent of the SFR market (as compared to the 55 percent share that institutional investors hold in the multifamily market). According to commercial real estate finance firm Walker & Dunlop, however, the SFR market is currently being bombarded with institutional capital. In 2020 alone, investors like JP Morgan Asset Management, Nuveen, Brookfield Asset Management, Blackstone and others invested a record high $5 billion in the SFR sector. Others, like Goldman Sachs, announced that it will be backing a new SFR platform called Entera, which will seek to help investors find and finance rental properties in 24 markets across the nation.

On the builder side, recent years have also fostered major transactions in the SFR market. For one deal, Lennar Corp., DR Horton and Toll Brothers established a $400 million joint venture with BB Living to develop SFRs in Phoenix, Denver, Las Vegas, Jacksonville, Dallas and Houston. In June 2021, Invesco partnered with Mynd Management to spend up to $5 billion to purchase 20,000 single-family rental homes over the next three years throughout the United States. Also in June 2021, Blackstone, one of the largest players in the sector, signed a definitive agreement to acquire Chicago-based Home Partners of America, a specialist in owning and managing single-family rental homes, valuing the company at $6 billion.

Related: SFR Remains a Hot Sector, But Some Renters Continue to Struggle

What is the biggest takeaway from this trend of institutional investment? With other real estate classes like office and hospitality floundering, institutional investors seem to be attracted to the consistency in product type and steady rental stream of SFR.

SFRs, the winner over multifamily?

Practical considerations for developers and investors interested in SFRs

For developers of SFRs, there are some factors that are unique to the subsector that should be considered.  For one, a particularly negative impact of the pandemic has been an extraordinary increase in lumber prices, which has added thousands of dollars to the bottom line for each home being constructed. Another challenge has been persuading title companies and lenders to view SFR communities in a manner that is more akin to multifamily apartments than hundreds of individual homes. If title companies and surveyors were to view the communities as hundreds of individual homes and price out hundreds of individual title policies and surveys, the title and survey costs would be prohibitive. Instead, when viewed as a commercial investment in the single community more similar to a multifamily apartment building or garden apartments, title and survey costs can be appropriately managed.

Another development risk specific to SFR is the potential for local municipalities imposing moratoria on the construction of SFR communities, particularly in areas where there is a concern about the impact on homeownership that may arise from the proliferation of SFRs. As this has become an unfortunate reality for developers in Cherokee, Clayton and Henry Counties, outside of Atlanta, developers of new SFR product need to be careful to do their diligence and confirm that the local community is on board with the SFR concept. Developers and investors facing potential obstacles will want to be sure to work closely with local communities and clearly show themselves to be responsible community stakeholders. Indeed, per market commentary from the National Rental Home Council, SFR investors and developers contributed over $600 million in residential property taxes in 2020, providing critical funding for local schools, public safety, parks and open space, and other important services, and those providers also continued to support community-based employment in 2020 by conducting business with over 8,000 companies, contractors and vendors.

In conclusion, although the SFR asset class is a relative newcomer to institutional investors, as more and more large players become involved, the long-term success of the SFR market becomes increasingly more likely. For institutional investors looking to diversify, for the various reasons outlined in this article, SFRs are certainly worthy of serious consideration.

Marc J. Benjamin serves as a partner and Claudia Chafloque-Siu is an associate in the real estate practice of Eversheds Sutherland, a global law practice of more than 3,000 attorneys worldwide.  Haley Klass, who is participating in the firm’s summer associate program, contributed to this article.