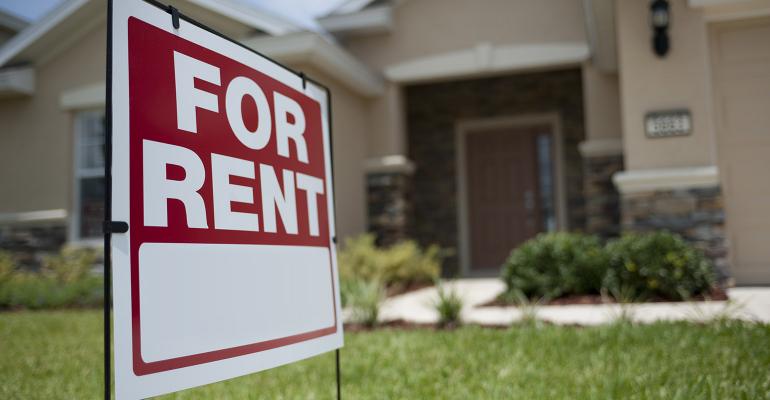 SFR Remains a Hot Sector, But Some Renters Continue to Struggle

Investors with small portfolios are more likely to feel the pain from tenants that have been unable to stay current on rents than REITs or private equity funds.

Millions of families who live in single-family rentals missed rental payments during the pandemic. Many might not be eligible for the billions of dollars in coronavirus relief passed by Congress in March 2021—or they may need help in applying for assistance.

But it’s likely the impacts will be different for larger investors, such as private equity funds and REITs, where a small number of delinquent tenants is offset by many others staying current, than for the “mom & pop” investors, who might only have one or a handful of properties and even one struggling renter can hurt the bottom line.

“If you own one or two rental homes and one or two tenants is not paying rent, then you have a serious problem,” says David Howard, president of the National Rental Home Council (NRHC).

Help is on the way... eventually

Half (50 percent) of all of the owners of single-family rentals (SFRs) have residents who missed at least one rental payment in the coronavirus pandemic, according to a survey released March 25 by the NRHC, based in Washington, D.C.

These renters—and the owners of the properties where they live—got a lifeline from Congress with the $1.9 trillion American Rescue Plan Act, signed by President Biden on March 11. It includes $27 billion for rental assistance, plus a separate $5 billion for utilities. That’s in addition to the $900 billion coronavirus relief bill, signed in December by then-President Trump, including $25 billion in renter assistance.

This generous assistance matches up to a recent estimate of how much money in total people who rent their housing have racked up in missed payments during the pandemic, according to an analysis of the Census data by Moody's housing economists Jim Parrott and Mark Zandi.

The pain is also not spread equally geographically. A recent report from the firm. RealtyTrac estimates that among the country’s 100 largest counties based on the total number of SFR properties, the average default risk score is 43.6. It ranked the counties at the greatest default risk due to these issues.

"I believe the new federal amount will be enough, but... there aren’t enough state and federal employees to process and quickly distribute rent relief funds," says Ryan Denison, regional manager of property management for Atlas Real Estate, working in the firm's Denver headquarters. "When property owners need the rental income to cover their mortgages, that unknown timeline is concerning."

For example, Colorado had a backlog of about 20,000 applicants who needed assistance as April rolled around. “A lot of states are still setting up their programs,” says Howard. “That will loosen up over the next couple of week.”

Also, many rental households may not be eligible for aid or have not yet applied. Of the landlords with missed payments, more than one third (40 percent) did not report that they had have received a financial hardship declaration from residents, as required by the Centers for Disease Control and Prevention order halting residential evictions for missed rent, according to the NRHC survey.

"Residents are often unaware of the programs available to help them," says Denison. His firm manages SFRs on behalf of their owners. "Our property managers have been working around-the-clock to not only educate residents, but to walk them through the process and follow up regularly on the status of their applications."

The vast majority of owners of SFRs own just a few properties—often just one, two or three units, according to NHRC.

“The landlord being hurt is the person who has one or two properties with a mortgage, and one tenant is not paying rent,” says John Burns, founder of John Burns Real Estate Consulting, based in Irvine, Calif.

These small property owners are especially vulnerable when rent checks don’t arrive. Of the landlords with missed payments, more than one third have had to dip into personal savings. Many have taken out additional loans to cover shortfalls.

The vast majority of renters who live at professionally-managed properties paid their rent on time throughout the pandemic, in both apartment buildings and single-family rental houses.

Renters living in houses managed by large REITs like Invitation Homes, for example, are largely keeping up with their rent payments. (On that front, SFR REITs posted total returns in March of 8.97 percent)

Burns hears similar things from the large operators of rental houses served by his company.  “I spoke with one private client who owns more than 10,000 homes. In the fall, they determined that 17 percent of their tenants had someone out of work, but they were only having collection problems with 2 percent of their tenants,”  he says. “Remember that the dual-income households and unemployment boost payments helped here.”

That roughly matches the data from professionally-managed apartment properties, where the percentage of people who missed rent payments was only about one or two percentage points higher than usual throughout the pandemic, according to the National Multifamily Housing Council’s Rent Payment Tracker, which collects data from properties using leading property management software systems.

But smaller investors who own fewer rental housing properties were in more serious trouble.

“Our clients and the NMHC are skewed to big companies, who tend to attract higher credit score and higher income renters,” says Burns. “This recession has been ‘K-shaped’ … the distress is much more concentrated in the lowest rent communities in the country.”