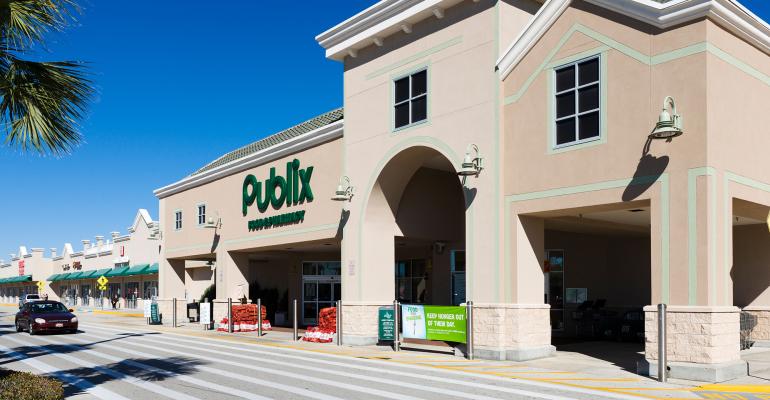 Grocery-Anchored Shopping Centers Remain in Demand. But They Are Going Mostly to Private and All-Cash Buyers.

The era of aggressive outlier bids for grocery-anchored shopping centers is over as capital costs rise, say the sector’s players.

Ask anyone involved in the grocery-anchored retail sector whether it’s a buyer’s or a seller’s market right now, and you’ll get a range of answers. Some say it’s a seller’s market since these centers have emerged as one of the most in-demand retail property types. Others say it’s a buyer’s market because rising interest rates have forced many investors to the sidelines, clearing the field for buyers who don’t rely on leverage.

“In the last two years, we were in a seller’s market created by outlier bids that were very aggressive,” says Jeff Edison, CEO of Phillips Edison & Co. (PECO), a REIT specializing in grocery-anchored centers that owned 269 properties as of June 30, 2022. “But we don’t see many of those wild outlier bids now, so it’s a more normalized market.”

Related: What Are the Safest Property Bets Today for Levered CRE Buyers?

While most investors agree that the market is in the middle of a pricing discovery that ignited when the Fed began increasing rates, there’s little consensus on when prices will stabilize or how much of a valuation reset will occur.

“The two sides of the acquisition equation are fighting it out,” Edison says, referring to the rising cost of capital and the current operating environment, which he describes as “really good.” He adds: “It’s way too early to know what the full outcome will be, but it would be unrealistic to think it would be a dramatic change.”

Related: The Higher Cost of Capital is Beginning to Erode CRE Asset Prices

Investor sentiment toward grocery-anchored shopping centers is the strongest it’s been since the mid-2000s, and interest in acquisitions remains strong. But the increased cost of capital has not only slowed dealmaking activity, it changed the composition of today’s buyer pool, says Chris Angelone, senior managing director of retail at commercial real estate services firm JLL.

Ninety days ago, the average grocery-anchored deal would’ve received 10 to 15 offers from a mix of investors, including from private investors, institutional buyers and listed and non-listed REITs. Today, that same property would receive seven to 10 offers, mostly from private buyers.

Pension fund advisors are too concerned about the overall economic outlook to make big bets on any property type right now. REITS, meanwhile, are challenged to make acquisitions pencil out, largely because it’s too expensive to raise money in the public market.

PECO’s Edison acknowledges the Cincinnati-based REIT has tapped the brakes on transaction activity. “We’re moderately buying and moderately selling,” he says. “We’re not in a big hurry. We want to see how the market works its way out over the next three to 12 months.”

This represents a meaningful shift for PECO compared to its level of transaction activity earlier this year. During the first half of 2022, the REIT acquired four retail properties and one outparcel for roughly $170 million, according to its most recent 10-K filing. One of those acquisitions was Centennial Lakes, a 198,000-sq.ft., Whole Foods-anchored center in an upscale suburb of Minneapolis.

Late last month, Westwood Financial partnered with CrowdStreet to raise money for a retail deal it closed in February: Village at Peachtree Corners, an 88,850-sq.ft., grocery-anchored center in Atlanta.

Anchored by Lidl, the center was just 74 percent occupied when Westwood Financial put it under contract. Within six months of closing, the firm’s leasing team brought the center to 100 percent occupancy.

“This is the best buyer’s market in the last eight years,” says Westwood Financial’s CEO Mark Bratt. “It’s a great buyer’s market for Westwood as we compete primarily against private buyers.”

Though Westwood Financial typically has no financing contingency, when it acquires a property, it expects to be compensated for higher debt costs with lower prices, Bratt says. “As financing becomes more expensive, prices need to adjust five to 10 percent,” he notes. “But some sellers are digging in their heels regarding pricing. Because they got it before, they still want it, and if they can’t get it, they’re not selling.”

Like Westwood Financial’s Bratt, most investors expect property values to reflect the cost of capital. To that end, valuations for all retail properties have decreased 5.0 percent to 15.0 percent this year, according to JLL’s Angelone. However, the reset for grocery-anchored centers has been on the lower end of the range, depending on the location and quality of the grocer.

For the same period, the RCA Hedonic Series for cap rates on shopping centers fell 50 basis points year-over-year to hit 6.5 percent. This number dropped 20 basis points relative to the first quarter of 2022, when interest rates were lower.

It’s worth noting, however, that the deals that closed during the second quarter were likely negotiated and put under contract prior to the Fed’s initial rate hike. Some buyers were able to re-trade their deals as the cost of capital increased, depending on the seller’s flexibility.

One such buyer is Pikesville, Md.-based America’s Realty. The private investment firm, which invests in discount retail properties in “blue-collar Middle America,” buys an average of 10 to 12 grocery-anchored centers annually. So far this year, it has acquired eight grocery-anchored centers across Ohio, New York, Pennsylvania, and Virginia, bringing its portfolio to more than 125 properties totaling roughly 12 million sq. ft.

Carl Verstandig, president and founder of America’s Realty, knows exactly how much the firm can pay for a property before it requires a price reduction. “We know our cost within a quarter of a point, and if the debt changes, I’m honest with the seller and tell them that I need a reduction—sometimes up to a million dollars on some of the larger deals,” he says. “Ninety-five percent of the time, the seller is realistic, and they’ll go ahead and drop the price. They don’t want to start with somebody new when the rates might increase again, and the new buyer might hit them up for even more price relief.”

Verstandig has worked with Marc Tropp, a senior managing director with Eastern Union and leader of the company’s Mid-Atlantic office, to obtain more than $73 million in acquisition financing for America’s Realty’s recent deals. Tropp says buyers who’ve experienced periods of rising interest rates and renegotiate pricing are more likely to close deals than those who move forward with aggressive pricing.

“When buyers who’ve offered aggressive pricing actually start down the financing path and understand the terms, such as the service coverage ratio and how much they’ll be able to return to their investors, they end up falling out of contract nine times out of 10,” he notes.

All-cash buyers have an advantage

“Many investors moved to the sidelines during the summer months or became more selective in terms of what they are underwriting,” says Mark Gilbert, Cushman & Wakefield's retail capital markets leader for the Americas. “Investors are working with a bit more caution.”

Caution is certainly the name of the game for First National Realty Partners (FNRP). Despite the firm’s aggressive acquisition goals, it is approaching the current deal environment cautiously, according to Matt Annibale, a senior acquisitions director with the Red Bank, N.J.-based investment firm.

“Many deals that would have penciled in the past don’t currently and may not in the future,” Annibale says. “It is all about underwriting deals conservatively to account for all risk to make sure we are doing right by our investors and also the landlords we are working with.”

Most recently, FNRP closed on its first West Coast acquisition: Heritage Park in Suisan City, Calif. Located about 40 miles from both Sacramento and Oakland, the 167,000-sq.ft. center is anchored by a Raley’s grocery store. With this acquisition, the firm now owns properties in 20 states.

FNRP is focused on fixed-rate financing options, which are best suited for core/core-plus deals and currently provide the highest returns for its investors, according to Annibale. The firm is also evaluating more deals with attractive assumable debt.

“We are seeing deals get dropped by other buyers due to inability to get financing,” Annibale notes.

“Rates could very well increase again, so we will need to be more selective about which deals we pursue and which we pass on.”

Given the increased cost of capital and the growing difficulty of obtaining debt financing at 75 percent loan-to-value (LTV), all-cash buyers have a huge advantage over financed buyers, according to Gilbert.

That advantage is one reason JLL Income Property Trust (JLL IPT) shifted its financing strategy for retail assets from leveraged to unleveraged, according to CEO Allan Swaringen. Grocery-anchored centers are the only retail property type in which the non-listed, daily NAV REIT currently invests.

Grocery-anchored centers account for 15 percent of JLL IPT’s current portfolio. So far this year, the REIT has added two grocery-anchored centers to its holdings and is in the middle of selling one. “Though we did anticipate putting accretive leverage on those acquisitions, we didn’t re-trade them and instead altered our strategy to buy all-cash,” Swaringen says. “The cash returns worked for us.”

It’s the more highly leveraged investors who are being left out of the market today, Swaringen adds. Those buyers are trying to get enough leverage to secure returns in the mid-teens, and “that’s just not achievable today.”