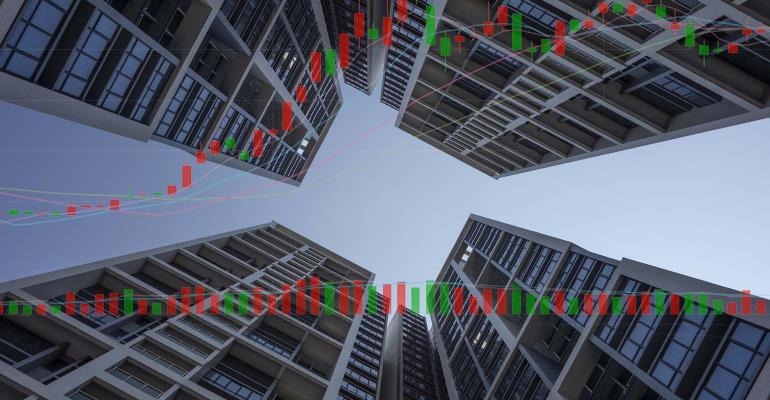 REIT share prices have fallen as the broader stock market prices in interest rate hikes and the potential of a recession. But at the same time, REIT executives remain bullish about near-term real estate fundamentals in their portfolios and confident in how their balance sheets are positioned for any coming turbulence.

The current REIT repricing period began with Amazon’s earnings announcement in May, when the firm also announced its plans to return about 30 million sq. ft. of industrial space to the market. Since then, total returns for the FTSE Nareit All Equity REITs index are down a little more than 15.5 percent, including down more than 10 percent in June alone.

Related: REITs Got Swept Up in the Broader Market Selloff in April

It was with that backdrop that more than 2,500 attendees and management teams from more than 170 REITs attended Nareit’s annual REITWeek event in New York City. There, the tone was decidedly more upbeat.

WMRE sat down with Nareit Executive Vice President and Economist John Worth to discuss highlights from REITweek and the current state of the market.

Related: CRE CLO Originations Are on the Rise This Year. But Loan Terms Are Less Attractive.

WMRE: Can you put the current performance of publicly-traded REITs into context? What does the current selloff signify? 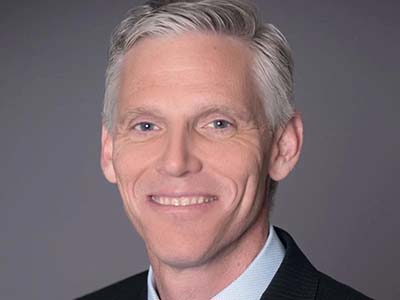 John Worth: We are in the middle or tail end of this repricing period for REITs and the broader stock market. With REITs, you can almost gate it to the Amazon earnings announcement in May. And over the last six weeks there’s been a repricing cycle where investors are pricing in rising rates and the prospect of slower growth. When we look at the all equity REIT index from the beginning of May through Monday, it is down a little more than 15.5 percent. In June, it is down 10.9 percent. May was not a great month. It was quite bumpy because of the concerns about pricing and rates and the slowing economy and that’s only been exacerbated in the early part of June.

What’s interesting related to that in the context of REITweek is that we talked with REIT management teams and they remain very upbeat about current operating performance. We heard from more than one team that in terms of operations, it’s all green. Occupancies are up, rents are up and current earnings trajectories look really good. They are upbeat about current performance and the near-term outlook is very positive. At the same time, they understand we could have a period of slower growth ahead and they are preparing for that period.

They feel confident about their ability to weather an economic slowdown. And we know they are well-positioned for higher rates with leverage at all-time lows and the debt they have is very well structured and termed out more than seven years. Very little REIT debt is coming due in the next two years.

Current operating performance remains quite good. First quarter FFO was at an all-time high. Balance sheets look great. But the outlook for the broader economy has really soured over the last six to eight weeks. And today, this week, we’ve got a lot of pricing activity ahead of the Fed [meeting]. It’s a very turbulent time. That said, when we look at REIT performance during periods of inflation, REITs outperform. And we are not seeing anything in the data to indicate that this period should be any different from previous inflationary periods.

WMRE: Aside from the high-level themes there, were there any other standout observations from conversations during REITweek?

John Worth: We heard consistently that transactions are where we are seeing the higher-rate environment really impact things. The pace of transactions has slowed down. And we heard color that the bid/ask spread has really widened. Sellers want yesterday’s prices. Buyers want tomorrow’s prices. And we haven’t seen consensus cap rates adjust to the new rate environment. It’s almost a certainty that will be addressed. We won’t see that many deals get done with negative leverage.

The other theme with higher rates: When you have a period with a part of the market that uses a lot more leverage, REITs with their conservative balance sheets and dry powder may be the beneficiary of deals that other investor groups can no longer participate in. As we see rates maybe scare away some buyers, that can be a great opportunity on a target basis to find some unique opportunities.

In other words, if your business model is based on 60 percent to 65 percent leverage and you find that’s not going to work in an environment with 3 percent Treasuries and 150 basis point spreads to Treasuries, all of a sudden that creates opportunities for lower levered strategies to come in.

WMRE: The other thing we heard was that there was a lot of buzz during the conference about the potential Prologis/Duke merger and then we saw that deal come to fruition on Monday.

John Worth: The deal is a continuation of one of the things we’ve talked about before. Over the past 18 months what have struck me as the most interesting M&A deals have been REIT-to-REIT, public market-to-public market transactions. And this is just the latest. REITs in the same sector are finding they have complementary assets and complementary management teams. They can grow in scale, having bigger operating platforms, lower their cost of capital and set themselves up for future growth. This deal fits that to a tee. And it’s also been a deal that has been extremely well-received among sell-side analysts. At $26 billion, the deal is only surpassed by Blackstone buying Equity Office for $39 billion in 2007 and Brookfield’s acquisition of GGP in 2018 for $27 billion.

WMRE: Can you talk a little about inflation? There was a time that the consensus was inflation was temporary, but it’s remained high and now drawn a policy response.

John Worth: Sitting here a year ago, we would have said, “As we get an increasingly vaccinated world and economies open up, it’s going to be bumpy, but the supply chain will sort it all out.” So we would have expected that to moderate. But now between the war in Ukraine and its effect on food and energy prices and continued disruptions to the supply chain, such as China’s “COVID zero” policy that led to whole cities shutting down, we’ve seen inflation continue in the U.S. and globally.

In the most recent figures we saw core inflation continue to moderate a bit. And what we watch carefully is “services exc. energy.” And what’s happening in the economy outside energy and goods sectors has been a concern. We’ve seen that number continue to rise. The risks of a wage/price spiral are higher than they were. But the current drivers of inflation continue to be geopolitical events as opposed to a wage-price spiral. And that’s where the Fed policy becomes so difficult. Raising the Fed Funds rate doesn’t do anything to reduce food and energy prices. So, you really are trying to push on an aggregate demand lever that is only tangentially getting at the most meaningful and most direct drivers of inflation. We have seen Fed policy have an effect on the housing market. It’s taken the life out of the refinancing market and its now having an impact on single-family home sales. That should take some heat out of the economy. But the question remains: Can you find that goldilocks policy and create a soft landing and reduce inflation and not put the economy in recession? When you look at consensus forecasts, the optimism for that scenario has diminished. There’s a consistent reduction in consensus forecasts for growth for 2022 and 2023.

That’s the slower-growth environment in which REIT management teams are saying, “We’re not seeing it in our operating performance, but we are ready for it when it comes.”