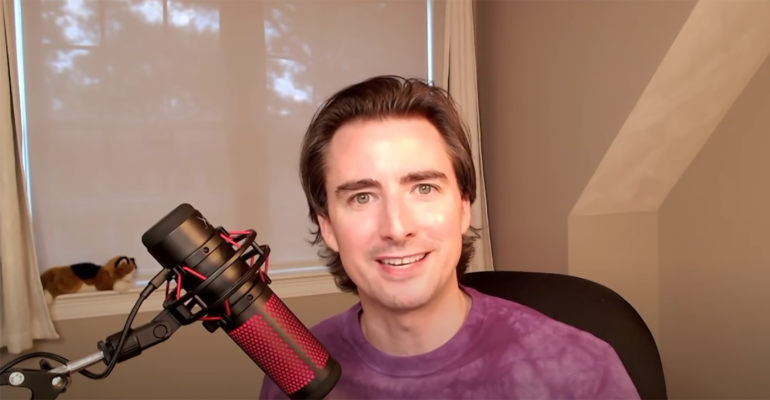 Former MML rep Keith Gill was posting online as 'Roaring Kitty' about GameStop and other stocks, right under the firm’s nose, according to Massachusetts securities regulators.

MassMutual subsidiary MML Investors Services will pay a $4 million fine to the state of Massachusetts, with Commonwealth Secretary William Galvin’s office arguing that the firm poorly supervised social media usage by its agents, including Keith Gill, a former registered rep whose social media postings became a central point in the GameStop saga. Gill is famously known for his Reddit moniker "DeepF------Value" and “Roaring Kitty” on YouTube.

The consent orders were signed this week, with Galvin saying MassMutual had agreed to “undergo an independent compliance review” of its social media policies and trading practices for broker/dealer agents, and will also be under a compliance audit lasting three years. According to Galvin, the firm’s poor social media supervision continuously failed to pick up on Gill’s identity.

“It’s clear that MassMutual was not as diligent as it should have been in supervising its employees,” Galvin said in a statement. “It took the media less than a day to identify the person behind the Roaring Kitty posts, while his own employer took no notice of his online persona.”

According to the consent order, Gill worked as an agent for MassMutual between April 2019 and January of this year, during which time he posted hundreds of times on social media. Beginning around August 2019, Gill started posting about GameStop and other securities on the “WallStreetBets” subreddit, and began posting videos and livestreams about investing in GameStop securities on YouTube in July 2020.

“Although he never mentioned his name or his affiliation with (MML Investors Services), Gill’s face was front and center on his YouTube videos,” the order read. “Gill posted at least 80 videos that contained more than 250 hours, or more than 10 days, of content, all of which he live-streamed and posted while registered with (MML).”

Gill also allegedly tweeted about the topic starting in July 2020, eventually tweeting about GameStop at least 590 times until he was terminated from MassMutual in January 2021. Gill’s social media postings under his Roaring Kitty and DeepF------Value personas coincided with a run on GameStop shares, causing wild swings in its price and in the market. The GameStop frenzy, coupled with short sellers suffering drastic losses and brokerage apps enacting trading restrictions on certain stocks led to a tumultuous period in market volatility, media focus and congressional scrutiny.

According to Galvin, MassMutual failed to supervise Gill and other broker/dealer agents in reviewing their use of social media, even as Gill was creating “educational content” MassMutual agents would use when talking with clients and other individuals. According to the order, at least one MML employee knew of Gill’s GameStop postings in September of last year, but it wasn’t until Jan. 18, 2021, that another employee alerted the head of In Good Company (IGC), a doing business as (DBA) and marketing program that Gill worked for in MML. (Gill was not terminated until January 28, during which time he made 19 additional securities-related social media posts, according to the order.)

In response to the controversy, Gill has been sued in Massachusetts federal court for allegedly misrepresenting himself as an “amateur investor” and for artificially bumping the price of GameStop stock, and his FINRA registration with MML was discontinued about one month after he ended his employment there. In written testimony at a congressional hearing on the GameStop saga, Gill argued that he’d never sold securities or acted as an advisor when working for MML, and never solicited GameStop investments for his own benefits, calling the idea that he used social media to promote the stock “preposterous.”

“I was abundantly clear that my channel was for educational purposes only, and that my aggressive style of investing was unlikely to be suitable for most folks checking out the channel,” he said. “Whether other individual investors bought the stock was irrelevant to my thesis—the focus was on the fundamentals of the business.”

According to the inquiry by Galvin’s Securities Division, MassMutual also failed to detect almost 1,700 trades Gill made in three separate individuals’ accounts, including transactions that were nearly twice as much as the firm’s $250,000 per-transaction limit. Additionally, he executed at least two GameStop trades totaling more than $700,000 without MassMutual’s knowledge, and, in a separate order, Galvin demanded that MML get registration for 478 b/d agents and pay a $750,000 administrative fine.

“MassMutual is pleased to put this matter behind us, avoiding the expense and distraction associated with protracted litigation,” a MassMutual spokesperson said about Galvin's order.

Last week, MML Investors Services settled with the Securities and Exchange Commission for allegedly failing to disclose conflicts of interest in revenue sharing derived from mutual fund share class recommendations. An investigation into Gill’s Massachusetts registration is “still pending,” according to Galvin’s office.