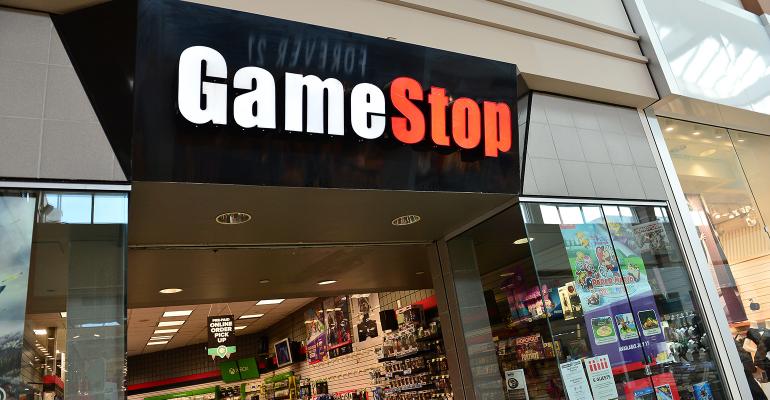 “I do not have clients and I do not provide personalized investment advice for fees or commissions,” said Keith Gill, aka Roaring Kitty. “I did not belong to any groups trying to create movements in the stock price. I have never had a financial relationship with any hedge fund.”

(Bloomberg) -- House Financial Services Committee Chairwoman Maxine Waters pledged to dig into conflicts of interest in the stock market and said the wild swings in GameStop shares have put a spotlight on Wall Street and “the predatory ways” of some hedge funds.

“Many Americans feel that the system is stacked against them and no matter what Wall Street always wins,” said Waters, a California Democrat.

The panel is holding the hearing to get to the bottom of one of the wildest periods for the U.S. stock market in recent memory. A confluence of events -- retail investors banding together on Reddit message boards to drive stocks to astronomical levels, hedge fund short-sellers getting hammered with losses and Robinhood Markets and other brokerages temporarily halting the rally -- gripped Wall Street and Washington last month.

The saga triggered questions about the fairness of markets and whether stock prices detached from reality pose a threat to financial stability. The proceedings are the first chance for many lawmakers to grill the four executives at the heart of the controversy -- Vlad Tenev of Robinhood, Ken Griffin of Citadel, Gabe Plotkin of Melvin Capital and Steve Huffman of Reddit. But the drama may be blunted by the need to hold the hearing virtually due to the coronavirus pandemic.

For House members, the likely hours of testimony may be more about scoring political points against Wall Street titans than drilling down into the minutiae of the stock market. Getting a major policy response through a bitterly divided Congress is extremely unlikely.

Still, some issues are certain to gain attention at regulatory agencies like the Securities and Exchange Commission. That includes potential additional protections for the millennial investors who have been drawn to Robinhood because of its commission-free trades and easy to use mobile phone app that some liken to a video game. The SEC and the Justice Department are also investigating whether any traders illegally manipulated the prices of GameStop and other stocks.

Many of the committee members have made clear that they’re siding with the small investors who pushed GameStop to record highs, despite concerns raised by ex-regulators and some finance executives that the wild trading exposed those fueling the surge to potentially crippling losses. A point frequently made is that GameStop’s jump to as high as $483 last month had no basis in the unprofitable video-game retailer’s business prospects, and it has since plunged below $50.

Representative Patrick McHenry, the committee’s top Republican, said “a fundamental change” in markets is occurring as retail investors harness new technologies to trade. What happened in January was partly the result of these traders being denied access to markets for years.

“Is it any wonder why the unhealthy dynamics of GameStop happened?” North Carolina’s McHenry said. “We should live in a world where the construction worker or Uber driver trading on Robinhood has the same access to equity shares in Robinhood itself as the white-collar employees who work there.”

Democrats plan to use the saga to bash hedge funds, including ones that were hit with huge losses after betting against GameStop and other companies. One focus is on whether the system is stacked against the retail traders who during the run up had their purchases frozen by Robinhood and some other online brokerage firms, causing some to argue that the losing hedge funds and Citadel were behind the stoppage -- an assertion that Robinhood and Citadel have aggressively denied.

In their remarks, Tenev, Griffin and Plotkin reiterated that there was no truth to the story. “We don’t answer to hedge funds,” Tenev said.

The Robinhood chief executive officer told the panel that it was forced to halt the purchases in late January because the clearing firm that processes its trades demanded it pony up more than $3 billion in extra capital. The number was later reduced but the broker needed to reach out to additional investors for the funds.

Adding another wildcard to Thursday’s hearing is the appearance of Roaring Kitty, a retail trader named Keith Gill who gained notoriety by posting a series of videos online urging investors to jump on the GameStop bandwagon. In Gill’s testimony, he insisted he’s just a regular guy who believes in the video-game company, adding that he’s not a financial adviser and wasn’t part of any effort to manipulate share prices.

“I do not have clients and I do not provide personalized investment advice for fees or commissions,” said Gill, who’s become a multimillionaire betting on GameStop. “I did not belong to any groups trying to create movements in the stock price. I have never had a financial relationship with any hedge fund.”