Top Financial Advisors, Wealth Planners and RIAs are covered in this section. See the latest on financial career moves and succession plans. 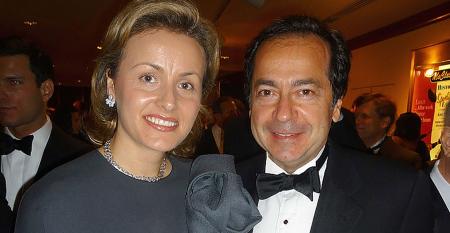 John Paulson Divorce May Be One of the Most Expensive of All Time
Sep 27, 2021
Another billionare couple heading for splitsville highlights the growing "grey divorce" trend.

Michael Kitces' #FASuccess Podcast: James Bogart on the Benefits of Online Educational Webinars for Clients
Sep 23, 2021
Bogart Wealth CEO James Bogart explains how his firm nearly doubled its AUM since the start of the pandemic by...

Mindy Diamond on Independence: Why a $5B UBS Breakaway Team Set Out to Build the 'Boutique Firm of the Future'
Sep 23, 2021
Rob Sechan, Managing Partner and Co-Founder, NewEdge Wealth, shares his journey to independence.

AOC’s 'Tax the Rich' Dress Designer Described as 'Notorious Tax Deadbeat'
Sep 22, 2021
The CFDA fashion awards winner has a history of not paying up.

Advisor Innovations: Rick Ferri's Contrarian Views on Financial Advice
Sep 22, 2021
Rick Ferri talks about his start in the industry, how his thinking has evolved around Wall Street, and whether a fee structure that charges clients for investment advice based on AUM can exist in a fiduciary framework.

Barred Advisor Sentenced to 35 Years for $25M Scheme
Sep 21, 2021
Daryl Bank was convicted for his role in a scheme that defrauded more than $25 million from over 300 victims, many of whom were...

James Brown's Estate Inches Toward a Resolution
Sep 20, 2021
What could have been done to avoid this spectacle?