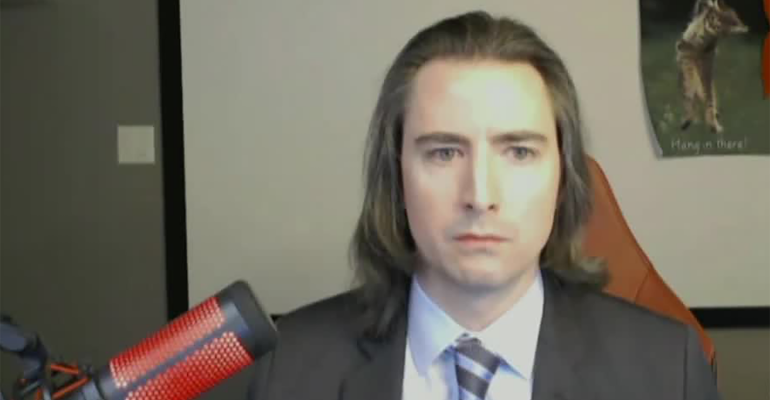 Keith Gill, who became a central figure in the 'Reddit rebellion' and rise of GameStop shares in January, worked with MML Investors Services, a broker/dealer subsidiary of MassMutual.

The man whose social media postings became a central point in the recent GameStop saga is no longer registered as a representative with FINRA.

Keith Gill, famously known for his Reddit moniker "DeepF------Value" and  “Roaring Kitty” on YouTube, saw his registration with MML Investors Services, the broker/dealer subsidiary of Massachusetts Mutual Life Insurance Company (MassMutual), end near the end of February, according to Gill’s BrokerCheck profile and as originally reported by Reuters. The end of Gill’s registration with the regulatory agency came approximately one month after he resigned from his position at MML.

Gill became famous due to posts on the r/WallStreetBets subreddit, among other places, where he wrote about the benefits of betting against a number of large hedge funds that were shorting GameStop, a video game retail business that has struggled in recent years. The intense rush in demand sent the price of GameStop shares soaring, with the shares climbing more than 1,700% during one point in January. However, by the end of January, these gains had largely evaporated.

Since then, Gill was called before the House Financial Services Committee for a virtual congressional hearing that also included testimony from the leaders of Melvin Capital (one of the hedge funds that suffered losses from shorting the GameStop shares) as well as the heads of Reddit and the trading app Robinhood (which faced scrutiny after temporarily suspending trading in GameStop and some other stocks, according to USA Today).

Gill was a FINRA-registered rep of MML Investors Services from April 2019 until his registration ended on Feb. 26, after he left the MassMutual broker/dealer the month before, according to the New York Post. Prior to his role at MML in Springfield, Mass., Gill previously worked at Wealthforge Securities in Boston for a brief period from July 2016 to April of the following year.

Gill is also the defendant in a lawsuit brought in Massachusetts federal court, in which a plaintiff representing a number of investors claimed that Hill was not acting as an amateur stock enthusiast when making suggestions about GameStop but was a “financial analyst” who urged the rush on GameStop in order to profit himself (the suit also named MassMutual and MML Investors Services as defendants, arguing they failed to properly oversee Gill’s actions).

In his written congressional testimony, Gill maintained that his role at MML was to develop financial education classes advisors could use when speaking to clients, and that he’d never sold securities or acted as a financial advisor. He argued that he never solicited investments in GameStop for his own profit, asserting that all his actions were done as an “individual investor.”

“The idea that I used social media to promote GameStop stock to unwitting investors is preposterous,” he said. “I was abundantly clear that my channel was for educational purposes only, and that my aggressive style of investing was unlikely to be suitable for most folks checking out the channel. Whether other individual investors bought the stock was irrelevant to my thesis—my focus was on the fundamentals of the business."