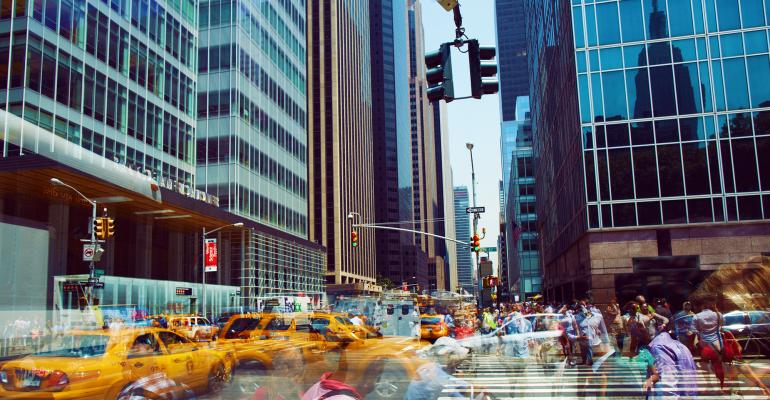 Why Urban Commercial Real Estate is Here to Stay

In spite of the pandemic, cities continue to hold appeal, especially for young people.

Despite some predictions to the contrary, the walkable, urban lifestyle is very much alive.

Even though COVID-19 presented many challenges to cities, these markets are incredibly resilient and always seem to rebound after a crisis. For example, migration to New York City is growing twice as fast now as in 2019 and that is translating to more workers returning to the office. In fact, only 25 percent of managers and professional workers worked remotely during the month of July, according to data from the Bureau of Labor Statistics, which is the lowest number since May 2020. And despite concerns regarding the new Delta variant, many companies still plan to bring the majority of their employees back to the office in September.

Related: A Faster Than Expected "Return to Office" Rollout Is Boosting Investors' Confidence

The truth is, although many secondary and suburban markets are finding their own following in the wake of COVID-19, cities continue to hold appeal—especially for young people, who thrive in these active, diverse and accessible live/work/play environments.

Here’s why we are so bullish on this sector:

The younger demographic has been increasingly drawn to cities over the last several years because of the lifestyle these locations offer. Bloomberg reports that this movement is here to stay, citing a study that dubbed the trend “youthification”—a new kind of gentrification that is age-specific.

The Gen Z-ers who are moving to cities represent a fresh new talent pool for companies to access. This indicates that employers throughout the country will seek or remain in urban office space in order to attract and retain top talent from this demographic group. In fact, tech companies leased 3.4 million sq. ft. of office space during the second quarter of 2021, far more than any other tenant sector in the country. Financial technology firms (fintech) in particular are eager to attract among the under-23-year-olds in order to continue growing and remain competitive. In the process, other urban real estate sectors—including multifamily, industrial and retail—will reap the benefits.

While some investors are waiting on the sidelines before placing capital in urban properties in light of the pandemic, others are recognizing the great potential that lies in the “youthification” trend. This demand bodes well for investors in city-based assets.

People are craving the urban environment

There’s solid evidence that many workers are eager to get back to the office after working from home for more than a year. According to a recent survey by Eden Workplace, 85 percent of office workers are looking forward to returning to the office. What’s more, many employees are missing elements of working in an office that are inherent to the urban office environment.

For example, a recent worker survey conducted by Indeed.com revealed that 73 percent miss socializing in person at the office. City-based offices are typically quite walkable, with great transportation options, giving employees easy and quick access to places where they can socialize with co-workers and friends—such as restaurants, bars, entertainment and retail establishments, among others—without having to drive.

Additionally, newer team members report finding it hard to find their footing since they're not experiencing the in-person onboarding, networking and training that they would have expected in a normal year.

The centralized nature of cities is appealing to a wide variety of companies. Everything that these firms want and need for their success—amenities for their teams, talent pools, airports for business travel, conference centers and places to entertain clients—can be accessed easily from a city-based office building.

For these reasons and more, companies are attracted to urban office space time and again. While the office sectors in some cities, such as New York and San Francisco, were challenged more than others during COVID-19 and may need more time to recover from the crisis, they are clearly beginning to do so. New York Business Journal reported in April that the demand for New York City office space is rebounding, and in the second quarter, San Francisco saw the largest number of office deals signed since the start of the pandemic, according to the San Francisco Business Times.

We anticipate that conditions for safe return to offices in cities will continue to improve and that the hub-like quality of urban office space will increasingly attract companies as vaccinations climb and the pandemic wanes.

The appeal of cities is on the rise, particularly among the younger population. As Gen Z continues to be drawn to this lifestyle, demand for urban office space is also increasing as people crave the city office environment after more than a year of working from home and companies recognize the value of being located in a hub. All of these factors benefit urban commercial real estate as a whole and indicate a promising future for investment in this sector in the coming months and years.