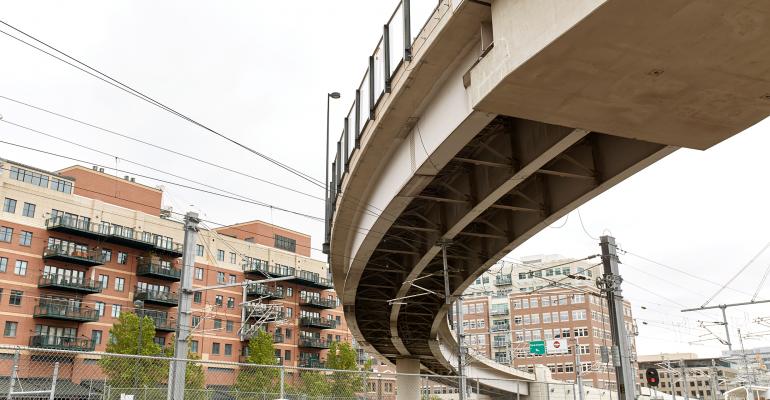 Beyond the economics, there’s a strong relationship between affordable housing, infrastructure and social equity.

Regular readers of this column saw our update last month on the status of the two infrastructure bills making their way—in fits and starts—throuthrough Congress.

It’s frankly hard, in this highly charged political environment, to separate the infrastructure issue from the push-pull taking place inside the Beltway. And that is unfortunate since the issue, stripped of its political baggage, carries important implications for our industry and commercial real estate in general. It’s unfortunate as well because infrastructure is an issue that’s been on the American backburner for decades, as we watched the roads, bridges and airports that serve as the lifelines of our cities—especially our older cities—crumble. For the affordable housing community, those implications are particularly impactful. Improvements to those roads and bridges—done properly—serve a purpose far beyond getting people to work and back. They serve as great equalizers and drivers of social equity. They unite our total population, no matter the income status, to the breadth of offerings found in our communities, the shops, the jobs and the social events (often sponsored by our own companies and clients) that a vibrant place has to offer.

Related: What CRE Opportunities Await if the American Jobs Plan is Enacted?

Those offerings are an important piece of a holistic infrastructure. When property owners and real estate managers of all property types build amenities and events that create local excitement, they’re simultaneously enhancing the value of their brands as they reinforce community. These offerings can range from the availability of flex workspaces to art shows and music concerts.

That’s why we stated last month that our buildings are no longer just “our buildings.” More than ever, where we work and where we live are parts of the larger fabric of our communities. Infrastructure is the thread that knots the fabric together, connecting our homes to our work and vice versa.

We all know that affordable housing is a critical issue. According to the National Low Income Housing Coalition (NLIHC), its shortage costs the U.S. economy about $2 trillion a year in lower wages and productivity. “In fact, researchers estimate that the growth in GDP between 1964 and 2009 would have been 13.5 percent higher if families had better access to affordable housing,” says the Coalition. On the flip side, every dollar invested in affordable housing boosts local economies by leveraging public and private resources to generate income while supporting job creation and retention.

Of course, this comes as no surprise. But beyond the clear economics of wages and productivity, there’s a strong relationship between affordable housing, infrastructure and social equity. As the U.S. Department of Transportation (DOT) states: “Inadequate or substandard infrastructure in low-income and minority communities can prevent people from using active transportation. It can also make walking and bicycling unsafe for those who do rely on these modes to get around, leading to higher incidents of collisions involving pedestrians and cyclists.”

This, DOT goes on to say, comes in addition to the typical placement of affordable housing complexes “near highways and other transportation facilities that [reduce] air quality,” thus folding in a range of needed infrastructure improvements focused on sustainability.

By improving connectivity (read: infrastructure) we improve social equity while bolstering the local—and therefore, by extension, the national—GDP. DOT has developed a five-point plan that city planners can employ to relieve these interrelated issues:

Inside the Beltway (itself a roadway in need of a major facelift), Congress will continue to tussle with the two infrastructure packages—the American Jobs and American Families plans—now in its hands, and where the needle lands on final wording remains to be seen.

IREM members, however, are in the trenches, living the disconnect between housing, jobs and social equity every day, and often struggling against these challenges to create “community” in their locations. The connective tissue, of course, is infrastructure, and the real estate professionals with programs and amenities to capitalize on those improvements.

Chip Watts is the 2021 president of IREM. In addition, he serves as president and executive CPM for Watts Realty Co. Inc., in Birmingham, Ala.