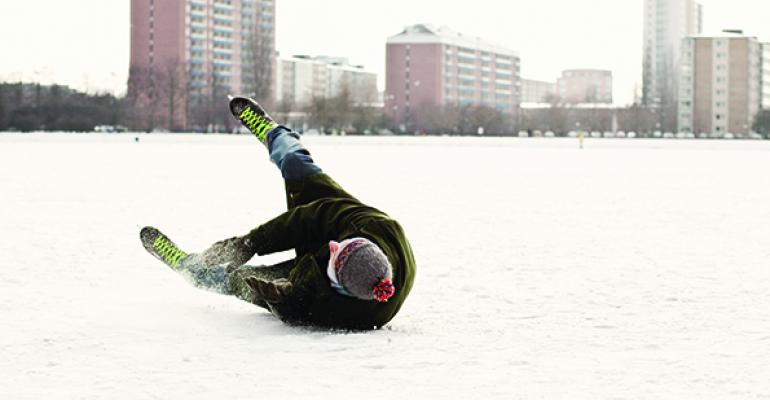 You Need to Fail

Failure has emerged as a welcome teacher in other industries, but not yet in financial services. Here’s how to learn from “the other F word.”

“Failure is not an option!”

That iconic line from the film Apollo 13 comes when three astronauts face certain death and the NASA mission director inspires all the engineers on the support team to pull out all the stops to rescue them.

The line is total Hollywood fantasy. No engineer believes such a thing. In experimental aeronautics, failure is always a possibility. That’s why they have test pilots. Engineers expect components to fail. Under the right conditions, they want systems to fail. The entire goal is to push components and systems to failure so they can be made more resilient.

Organizations large and small are taking baby steps to adjust their cultures, hiring practices and incentive programs to encourage experimentation. CEOs are awarding bonuses for the most innovative failures. The main goal of these activities is to break the link between failure and punishment. New books are being published on failure. The Harvard Business Review and New York Times Magazine recently devoted issues to the topic. Everybody, it seems, is learning that if you don’t fail, you’re not moving forward.

Well, not quite everybody. Among most financial advisors, the subject of failure is still largely taboo, as welcome as a root canal performed by an IRS tax auditor. But that may be changing as new attitudes about failure, from startups and enlightened business leaders, filter into the world of financial advisors. When it happens, benefits accrue to financial advisors and the clients they serve. And the more we acknowledge failure, the less dangerous it is.

The startup culture has established that failure is a legitimate subject worthy of relaxed examination. Annual failure conferences (“FailCons”) are held to celebrate the power of positive failure. Many venture capitalists won’t fund a startup entrepreneur who hasn’t had at least one decent failure under his or her belt. Researchers from consumer products to Big Pharma are being encouraged to fail more deliberately in the quest for innovation.

The more entrepreneurial that advisors are, the easier it is for them to talk about failure.

Jeremy Office, a principal with Delray Beach, Fla.-based Maclendon Wealth Management, regards failure as something that doesn’t have to be dreaded. “Almost everything works out over time,” he says. “Maybe not the way we expected or the way we wanted, but startups usually work out over time. The only failure is the failure to try,” he adds. “The real question is, how can we turn every failure into an opportunity?”

Success and failure are always interconnected. Office acknowledges that it’s not comfortable when financial results fall significantly short of client goals. But what it tells you, he says, is that client expectations were not realistic, attainable, well-conceived, and—most of all—meaningful. “I first want to establish what success is,” Office insists. He adds that what may appear to be failure today can look like success tomorrow.

Success is established not by avoiding some arbitrary definition of failure, but by whether advisors can deliver the financial lifestyle the client and advisor agreed to. This conversation about desired financial lifestyle in a well-considered timeframe is what’s critically important. “Failure flows out of the failure to have such a detailed conversation,” Office says. Avoid the hard work of crafting meaningful goals, and clients will be disappointed.

Everyone in the industry is comfortable talking about risk. That’s because advisors have developed metrics to define and measure it. And as they say, that which can be measured can be managed. Not so with failure—at least, not yet. One of the main reason advisors have such a difficult time talking about failure is because no one knows how to price it.

Research shows that failure is more often overpriced than underpriced. That is, we overestimate the costs of taking a justifiable risk, and thereby increase the likelihood that that decision won’t be made at all. Much of this dynamic stems from the propensity of managers to punitively label people associated with a negative outcome as failures.

Of course, sometimes failure is underpriced, with the result that we are too quick to accept risk. To the degree that we underprice failure, we are usually missing or ignoring factors that actually stack the odds toward failure, a fact which becomes obvious in retrospect. Those lessons too can be valuable. The tragedy is that in many large organizations, the same assumptions have previously led to similar failures, but the corporate culture of secrecy and shame around failure prevented the lessons from being widely distributed.

“The best companies are opening genuine conversations about failure,” says John Danner, co-author of the upcoming book The Other “F” Word: How Smart Leaders, Teams, and Entrepreneurs Put Failure to Work, to be published by John Wiley in April. “It’s easy to share the results of success, but be eager to share the lessons of failure, too. After all, you already paid the tuition. You might as well get the education that goes with it.”

Advisors can learn about persistence and optimism from the startup and scientific worlds, particularly during a time of market volatility. Research shows that investors who display high levels of persistence or optimism are less likely to experience failure in their personal investments than those who do not possess these traits. One explanation for this is that persistent or optimistic investors are less likely to react to temporary setbacks by selling low.

The scientific prototyping process is perhaps the best example of how failure contains lessons for financial advisors. The culture of experimentation considers failure a friend. Researchers can learn just as much from an experiment that does not support the experimenter’s hypothesis as one that supports it. By conducting multiple experiments, most of which will not work, scientists and engineers can slowly build up their knowledge and, by a process of elimination and incremental steps forward, perfect new products or innovations over a period of time.

“Iteration is the new innovation,” says Brian Cohen, chairman of the New York Angels, a consortium of angel investors in startups. “Success actually teaches us very little. When something takes off, it’s hard to know what’s actually working so well. But failure is full of very specific and actionable information that resilient entrepreneurs can run with.”