/sites/all/themes/penton_subtheme_wealthmanagement/images/logos/footer.png
Recent
Recent
Why the Shift to a Longer-Term ‘Business Owner’ Mentality Is Driving Movement
May 27, 2022
NYC Luxury Theft Boss Planned Own ‘Department Store,’ City Says
May 26, 2022
Seven Must Reads for the CRE Industry Today (May 27, 2022)
May 26, 2022
What’s the State of the Capital Markets for Cannabis Real Estate?
May 26, 2022
Featured
The 10 Best and 10 Worst States in Which to Retire in 2021
Jul 15, 2021
Poll: 15 Classic Books on Investing and the Markets
Apr 03, 2020
Fifteen Must-Listen Business Podcasts for Advisors
Aug 14, 2020
Celebrity Estates: Jay Leno and Planning for Classic Car Collections
Feb 22, 2022
Learning From Failure
brought to you by 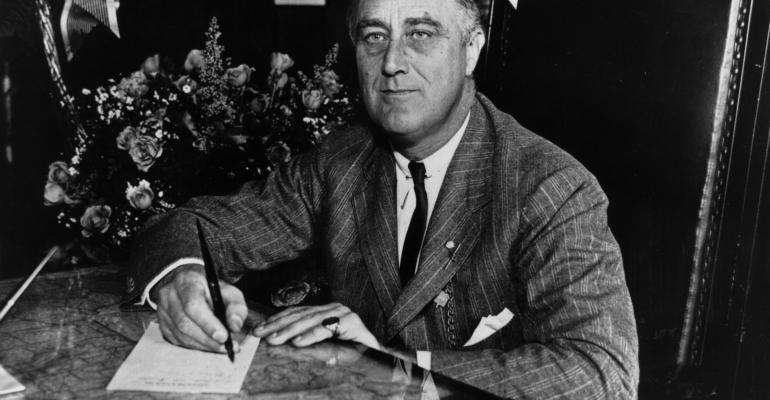 Fear of Failure is Worse than Failure Itself

The most debilitating aspect of overpricing failure is not the consequences of any particular failure event, but the double whammy that the pervasive fear of failure creates. First, a corporate culture that doesn’t tolerate failure enforces a risk-averse mentality that denies organizations real opportunities for innovation. Second, such a culture prevents organizations from learning when inevitable failures do occur. If an organization can’t have candid conversations about failure, they are doomed to repeat those failures.

There are signs that financial professionals are finally taking notice. Seventy-four percent of the world’s wealthiest individuals agree that tolerance for failure is essential for an economy to grow, according to the Barclays Wealth Insights survey. Seventy-four percent of high-net-worth individuals believe that viewing failure positively is related to high growth rates.

Luckily, there is a way to test the hypothesis that economies that tolerate failure have higher growth rates. The Barclays survey, encompassing more than 2,000 entrepreneurs, business leaders and investors, finds that while nine in 10 respondents in India would hire someone who had previously failed in business, just four in 10 in the UK would do so, a figure that is similar to the rest of the Europe and the U.S. The economy in India is projected to grow 6.4 percent in 2015, compared to 2.7 percent for the UK and 3.1 percent for the US, according to the Organization for Economic Cooperation and Development.

This East-West pattern is repeated all over the world. The most dynamic, fastest-growing economies of the world, which happen to be located in Asia, have the highest tolerance for failure. For example, an average of 51 percent of respondents from Asia believe that the recent financial crisis has provided them with opportunities, compared with an average of 43 percent of respondents from the U.S. and Europe. These fast-growing economies are also more likely to value persistence in the face of failure or setback than those in many developed markets.