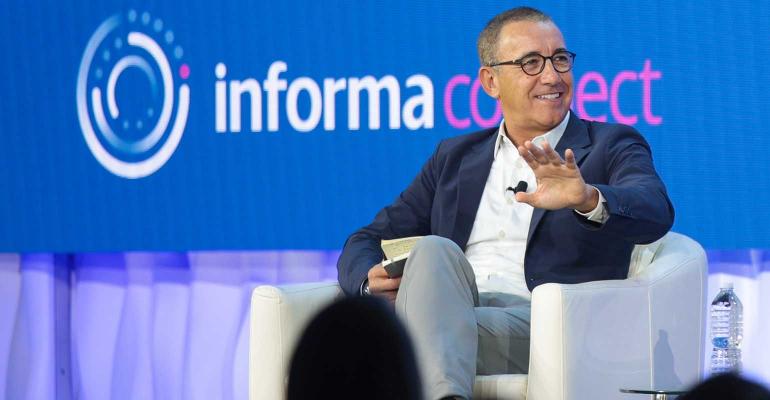 Inside Goldman, Duran and Team Bring PFM and Ayco Together

During that time, his role has changed, he says, as the firm has identified an opportunity to stitch together a personal financial management offering for a broad range of clients, from corporate employees to C-suite executives, entrepreneurs, professionals and ultra-high-net-worth business owners. When he initially joined, the goal was to integrate United Capital—and its fiercely independent advisors—into Goldman. A year later the firm asked him to get several securities licenses, such as the Series 9 and 10, to expand his role and consolidate his advisors with Ayco, an RIA Goldman bought in 2003 that focuses on corporate executives. The firm brought Ayco and Personal Financial Management, the new name given to the United Capital business, together under one roof, co-led by Duran and Larry Restieri, who’s been at the firm for over 20 years.

As Duran’s role expanded, he brought in David Fox, most recently regional head of the Southwest for Goldman Sachs Private Wealth Management, as head of PFM Advisors, a newly created role, to help grow the advisor base and expand recruiting.

“It's just improved and elevated the voice of our advisors because they know I'm their champion, and they know that Larry's their champion,” Duran said. “Now they've got David, who's actually connecting with them on a daily basis and ensuring that nothing that gets done doesn't get the awareness that it should get.”

Today, the PFM Group has north of $100 billion in assets under supervision and several hundred advisors serving three different channels within wealth management.

“I think Joe was the first one to really recognize that all of these businesses that are getting built in our space ultimately need a permanent buyer,” Heckenberg said. “Certainly if you look at the timing of when United Capital did their deal with Goldman, that was essentially, in earnest, kind of the beginning of the arms race of private equity rushing into the space and really bidding up values. It was the first, in my mind, truly legitimate transaction that showed you could build the business and find a permanent home for it, as opposed to just trading it from private equity firm to private equity firm.”

As Duran was integrating the business into Goldman, there were a number of pleasant surprises. The Goldman brand, for instance, had more value to his advisors than they initially thought. He says existing clients added meaningfully to their accounts, and brought in friends and family after the merger.

Some folks were initially concerned that there’d be a proprietary product push from Goldman Sachs’s asset management division, but that has not happened, Duran said. But their advisors are benefiting from Goldman’s asset management capabilities. For instance, PFM advisors get access to the firm’s direct indexing strategy with a tax overlay as well as laddered municipals at no management fee.

"There has never been any economic incentive for our advisors to provide one solution versus the other,” he said. “The fact that we can deliver (the municipal bond ladder) with no management fee, integrated basically into the fee that the clients pay our advisors, that's a huge advantage,” Duran said. “We of course still have great relations with BlackRock and outside managers, but the clients, if they choose to use this, it's because they think it's better or because it's economically efficient for them."

Another positive for Duran’s advisors has been the access to Goldman’s research, traditionally available to the wealthiest clients at the bank.

Duran said his advisors have referrals coming from the Private Wealth Management business and Ayco. He says PWM has referred billions of dollars to his advisors over the last three years. He’s also working with Greg Wilson, co-head of Ayco’s client businesses, to bring financial planning and tax management to corporate executives who are not C-Suite at a different price point. Last year, those two channels referred $1 billion each to his advisors.

The integration with Goldman came with its share of difficulties. For one, Goldman is held to a higher standard of regulatory oversight as a global bank and brokerage firm, Duran said. That has meant a higher level of compliance scrutiny on the advisors, including more training, background checks and client reviews.

“We were meant to be doing a lot of this as registered advisors, but since we never really had custody, we never were regulated as a bank, the standards were different,” he said. “So, there's a different level of rigor required to ensure that the money that we're overseeing for our clients comes from a reputable place.”

Second, the firm had to sacrifice the nimbleness it had as an independent.

“At United Capital, we could do things very, very quickly, but they wouldn't be done that well sometimes, and they would be launched and then amended and corrected and improved,” Duran said. “Goldman Sachs has a standard that is much, much higher, which means that things have to be tested and approved and reviewed before they ever go live. That of course makes things a lot more expensive, but it also makes them of higher quality, but it also makes sure that it takes a little longer to do things that you could've done a little quicker.”

Today, Duran's main focus is on the consolidation of Ayco and his group of advisors. The overall business serves three client segments; Ayco focuses on employees and C-Suite executives at companies that offer sponsored financial planning benefits; personal financial management serves high-net-worth investors with between $1 to $10 million in assets via the old United Capital; and the financial wellness group, focuses on less affluent clients and sponsored workplace employees that interact with the firm primarily through a digital platform with access to financial coaches. Those clients are served by a group of about 150 financial planners that Goldman trains in-house. These are early-stage advisors who will eventually grow into PFM and EFM (executive financial management) roles, Duran said.

“As you'll see, we're basically trying to service the entire workplace, and as people get promoted, they can then go to PFM,” Duran said. “They get promoted again, they might end up at EFM, all on a singular planning platform. The biggest difference is if you're a corporate, we're going to provide details on the specific benefits available to you, and whether you're maximizing them or not. But the planning deliverable, whether you're an executive at Chevron, it's not all that different than if you're a lawyer and you practice in a partnership, or you're an entrepreneur and you have your own business.”

Tim Welsh, president, CEO and founder of Nexus Strategy in Larkspur, Calif., says it’s tough to rationalize an offering from ultra-high-net-worth clients down to the smallest clients.

“It’s very difficult, almost impossible to have a complete verticalization of every demographic client segment out there in one brand,” he said. “It’s almost like that whole thing gets watered down if you don’t have a niche focus. In the history of the industry, no one has ever been able to service the billion-dollar client down to the $1 client,” he said.

But Duran believes they are just scratching the surface.

“The opportunity in the workplace and personal space for a national brand that delivers a consistent financial planning experience with the patina of Goldman Sachs we think is untapped,” he said. “I think that we're not even scratching the surface when it comes to what a global enterprise like Goldman Sachs can do for people with $2 million, $3 million, $5 million. We're leaning in very heavily.”