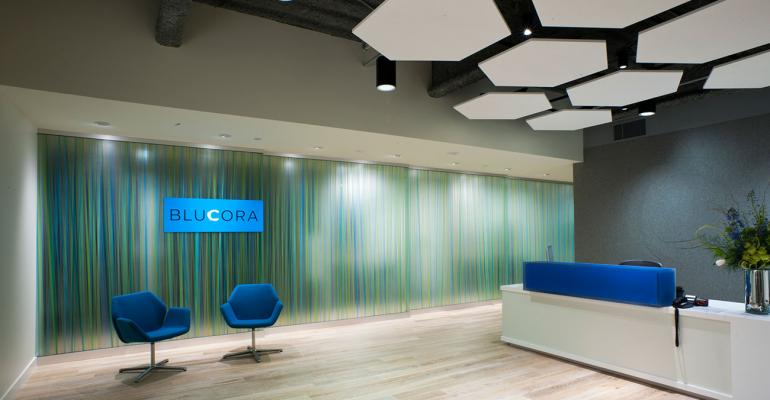 An investment advisory firm is waging a public proxy battle with executives of Blucora, the parent company of tax-centric broker/dealer Avantax.

Ancora, an $8.7 billion AUM investment advisory firm that owns about 3.4% of Blucora's shares, is seeking four seats on Blucora's board of directors. The investor argues the current management team is failing to find promised synergies between Avantax, Blucora's strategic roll-up of tax-focused broker/dealers, including HD Vest and 1st Global, and Blucora's legacy professional tax software business, depressing the stock price.

Related: Blucora Pulls New CEO From Board of Directors

The mismanagement is also alienating Avantax's advisors, Ancora says, sending many fleeing for other broker/dealers.

In an open letter from Ancora’s four board nominees to Avantax's 3,770 advisors sent on Wednesday, Ancora's chief executive, Fred DiSanto, pointed out Avantax suffered a net loss of 100 advisors over the previous year and cited a lack of industry experience among the management team.

“Ancora has invested a significant amount of capital in Blucora based on a simple thesis: Avantax can become a gem of the wealth management industry and a growing, thriving business if its advisors finally receive the respect, support and treatment they deserve,” the letter read. “We are writing to you today to emphasize that our slate understands advisors such as you have suffered for far too long due to Blucora’s missteps and poor decisions.”

Among its list of grievances, the letter cites pushing advisors away from their traditional direct-to-fund model and toward Avantax's separately managed accounts, raising fees on advisors and generally failing to understand their business.

Blucora was founded by a former Microsoft engineer who created tax-planning and preparation software for professional accountants. In 2015, the firm pivoted to wealth management, acquiring HD Vest, a broker/dealer for advisors who focused on tax planning, for $580 million. HD Vest's CEO, Bob Oros, went on to become CEO of Hightower Advisors.

Blucora's current chief executive, Chris Walters, is a former digital media executive, and was a senior partner at Activate, a consulting firm focused on technology, media and digital businesses and CEO at Encompass Digital Media, a tech services company. He's served on Blucora's board since 2014 and took over after John Clendening stepped down last year. Clendening, who had been CEO since 2016, left the company due to differences in views over his authority as CEO. In the time between his stepping down and Walters' announcement, the interim CEO office comprised a number of executives, including Avantax President Enrique Vasquez, who was named one of WealthManagement.com's Ten to Watch in 2020.

In its letter, Ancora alleged Blucora failed to “sufficiently invest” in Avantax and spent millions on CEO and director compensation during the pandemic, and they criticized Blucora for raising fees on advisors and retaining “an uncompetitive pricing model” even after corporate costs doubled over a two-year period.

“We suspect far too much of this capital went to executive compensation, Board fees and corporate expenses rather than value-add support for individuals like you,” the letter to advisors read.

Ancora said advisors at Avantax fell from 4,472 in 2016, after the HD Vest acquisition, to 3,770 in 2020. Most recently, the San Diego–based $200 million AUM firm Reason Financial Group joined LPL last October.

A letter from the Blucora board on Monday urged shareholders to vote for the incumbent board members, claiming DiSanto started "demanding" board seats at the firm shortly after Ancora started buying shares last November.

“The board earnestly sought to engage with Ancora ... but on multiple occasions, Ancora refused to allow the board to even speak to its candidates,” Blucora’s letter read. “When we did not accede to Ancora’s unreasonable demand that we seat Ancora’s candidates, sight unseen, as replacements for our existing directors, Ancora chose to launch a costly and distracting proxy contest.”

Additionally, Blucora’s board criticized Ancora’s nominees, which include Cindy Schulze Flynn, the chief marketing and communications officer for Union Home Mortgage, Robert D. MacKinlay, the CFO for Gardiner Service Company and Kimberly Smith Spacek, a partner with Owl Creek Asset Management. Blucora said DiSanto was the only one of the four with public company experience and would likely be “conflicted and too busy” to serve.

“In addition to serving as CEO of Ancora, which is a competitor to Blucora’s Wealth Management business, he is the CEO of a public company and a board member of three public companies,” Blucora’s letter read. “Ancora’s efforts seem aimed, as best we can tell, at furthering a simplistic alternative plan that is designed to potentially generate short-term value at the expense of destroying long-term value for all stockholders.”

The vote will be announced during Blucora’s annual stockholder meeting, scheduled to take place on April 21.