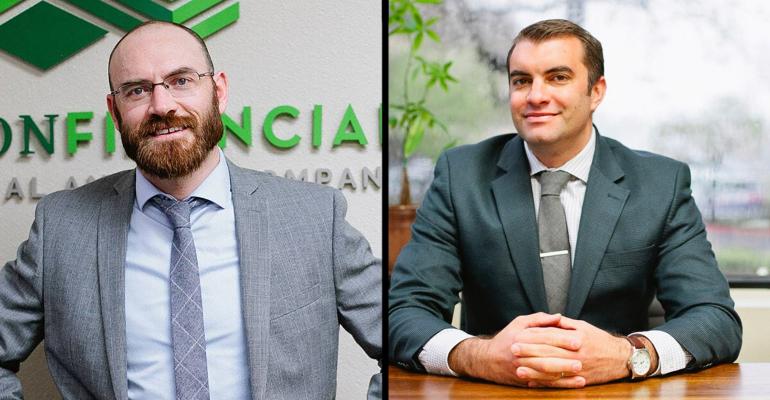 A San Diego-based team of advisors with more than $200 million in brokerage, advisory and retirement plan assets will be joining with LPL Financial, leveraging the firm’s broker/dealer and hybrid RIA platform as a custodian in an affiliation with Merit Financial Group.

Steve Pollock and Sean Storck are the founders of Reason Financial, and they’re assisted by five team members to offer investment management and financial planning for individuals and families, with clients that include business owners, doctors, teachers and engineers. The team is joining LPL from Avantax Wealth Management.

Pollock and Storck said they chose to join with Merit and LPL in order to maintain their independence, and were lured by the tech opportunities the LPL platform offered. Storck noted that the firm’s fintech and back-office support would help Reason’s day-to-day operations run smoothly.

“We now have access to a large network of independent financial advisors throughout the country who can share best practices and can challenge us as we strive to be better at what we do each day,” Pollock said. “We look forward to building a community with other like-minded, successful advisors dedicated to putting the client first.”

“We are very impressed with all that Reason Financial has accomplished over the years, and we believe they have a bright future ahead of them,” she said. “Our goal is to give Reason Financial autonomy and control while providing them unmatched support to drive their growth.”

LPL has announced a number of partnerships in previous months, including Summit Wealth Advisors, a Pittsburgh-based team with about $140 million in managed assets that moved to LPL from Lincoln Financial Securities in late August. Additionally, three advisors in Scottsdale, Ariz., with $375 million in combined client assets, formed a new practice and joined LPL from Wells Fargo, while two Bellevue, Wash.–based advisors who were previously affiliated with KMS Financial Services (a subsidiary of Securities America) moved to LPL with about $300 million in assets under management.

Finally, Equitrust Financial Group, an Illinois-based team with $800 million in managed client assets, moved to LPL from Securities America in the aftermath of that firm’s merger into the Advisor Group network of broker/dealers.