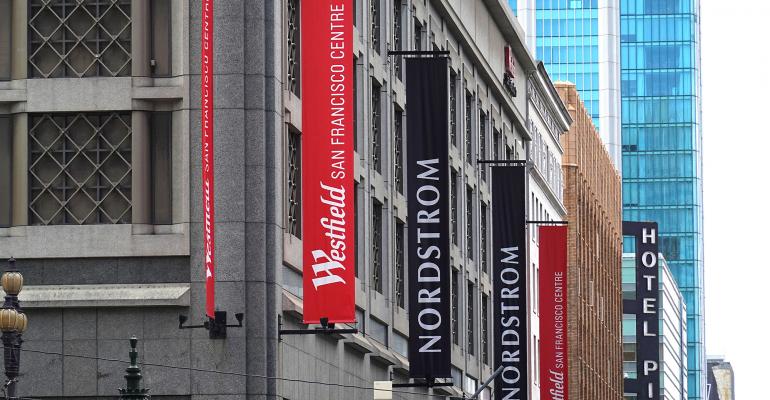 Will Unibail-Rodamco-Westfield’s Planned Mall Selloff Cause a CMBS Problem?

The company would like to sell its U.S. malls at a 30 percent discount to their 2021 valuations. Analysts say that may be unrealistic.

When Paris-based mall owner Unibail-Rodamco-Westfield SE announced its plan to shed most of its 29 U.S. properties by the end of 2023, the news generated a lot of buzz about what it might mean for commercial real estate investors and whether it would spur loan defaults in the future.

Europe’s largest mall operator is bracing for a potential sizable loss after paying about $14 billion four years ago for some of the top-performing malls in the United States. The timeline for the dispositions of the properties outlined by URW CEO Jean-Marie Tritant has already been deemed aggressive by some analysts and the subject of reports and podcasts from those in the commercial mortgage-backed securities industry.

Some analysts are warning that because of the size of some of the mortgages, a default could result in even those investors holding high-rated securities suffering losses. That, however, depends on the debt within a CMBS. If URW handed back properties to lenders, some investors would have to hold investments even longer, analysts say.

URW valued its U.S. portfolio at $13.2 billion at the end of 2021 and wants to deleverage those properties and sell them at 30 percent off when compared to the 2021 valuations, according to Lonnie Hendry Jr., head of advisory services at Trepp. That won’t be easy, he says.

“They will have a hard time finding buyers and certainly won’t get what they paid for it,” Hendry notes. “I would say while executives are spinning this as a repositioning and think they are going to have to take a 30 percent haircut, the market may view this as slightly less optimistic when it comes time for them to actually transact.”

The concern expressed in the industry is that URW won’t be able to sell these malls at all and that the company will instead give the keys back, according to Manus Clancy, senior managing director with Trepp.

“We certainly have seen a few more loans by Westfield already go down that path where they are giving back the keys,” Clancy notes. “Some have seen the valuations cut substantially. Most of these properties are still working through the foreclosure and haven’t become deed-in-lieu yet, but they’re dead loans walking at this point.”

Given URW’s desire to exit quickly, the company may want to pursue a portfolio sale, but buyer appetite may be limited, and the financing market is open only to the strongest mall assets, Overby says. Therefore, it may instead execute one-off or small package transactions, she notes.

URW did not respond to a request for comment.

Of URW’s 10 performing loans, four are at heightened risk of default, three may extend at maturity and three are candidates for loan assumptions, according to Overby. Current CMBS exposure includes four defaulted loans. Of note, Overby added, most of Westfield’s properties, including those securing CMBS loans, are held through joint ventures, limiting URW’s financial exposure.

Some Trepp analysts have suggested a “heightened possibility” that Westfield will say it’s done with the properties after trying to sell them. That would lead to URW giving them all back and to even more CMBS defaults.

“The ones you see the biggest threat for this happening are ones where they’re throwing back the keys, losses and resolutions take place quickly, and you lose that interest-only income and the early-pay AAA class get their money back quickly,” Clancy says. “If there are premium bonds, you lose the value of that premium. And if they are sold at big losses, you see subordination in CMBS deals erode from the bottom up. While we don’t know what will happen with these, some of the points (being made by others) are spot on. These things can erode just like you have seen with CBL Properties’ assets, Washington Prime and others over the last couple of years.”

Matthew Halpern, vice president and senior credit officer at Moody’s Investor Service, said in a report that Westfield’s sale of its U.S. mall properties by the end of 2023 “heightens credit risk for certain commercial mortgage-backed securities.”

Westfield has been willing to turn over ownership on underperforming malls in the past, spurring risks of losses and interest shortfalls for certain CMBS, Halpern says. The vulnerable deals include those exposed to regional malls that have already experienced declining performance and those with loan maturity dates through the end of 2023, he adds.

Westfield asset exposure is concentrated in a select group of deals. Most CMBS have no exposure to Westfield malls, but select deals have a significant concentration, heightening the credit risk, according to Halpern.

If Westfield is unable to find the right buyers for its regional malls, the likelihood of loan maturity defaults will rise, leading to an increased risk of CMBS losses and interest shortfalls for the related transactions, Halpern notes.

“Like a lot of CMBS, it’s loan by loan and deal by deal,” Halpern says. “What matters is the performance of a given loan and share of a deal that it comprises. Most of these loans are in conduit deals, so the deals are somewhat diversified—different property types and different locations. When mall loans default, they tend to have the highest loss severities among commercial real estate property types. Since 2017, we have seen an average loss of around 75 percent on liquidated mall loans from CMBS transactions. With that said, not all defaults are going to result in a 75 percent loss, but the 75 percent highlights the risk from a failure of a mall’s business model.”

In a given conduit deal, there are multiple tranches that have various levels of credit support.

“These loans make up somewhat significant portions, typically 5 percent or more, of the few deals where there is exposure,” Halpern adds. “That’s a large portion for one loan. If one or more of the loans were to default, there could be some increased risk of shortfalls or losses at junior classes.”

The silver lining for URW is the company own malls in great locations, including San Diego, the San Francisco Bay Area and other locales where malls have retained a lot of their value because they be adapted for an alternative use, according to Clancy.

“I’m not sure there’s a natural buyer for their malls as malls, but I do think there’s a possibility that someone comes in there and pays a decent amount for this,” Clancy said. “We did see this in Cutler Bay, Florida.”

Earlier in May, the Southland Mall in Cutler Bay, Fla. was sold to Electra Bay and BH Group for $100.35 million. The property was backed by a $65-million REO asset that was part of a 2014 CMBS deal, and that loan should be paid off in full, which Clancy called a pleasant surprise.

“The owners are planning to repurpose the mall and renovate to convert to residential,” he notes. “That could be what happens with Westfield in that we see that repurposed as a lifestyle property.”

For loans with near-term maturities, URW may look to revert more of these to the lenders, as it has done for several assets already, according to Overby. Loans on five assets are due to mature through the end of 2024, giving new buyers very little time to improve the properties’ performance before needing to refinance. Those properties include the Westfield Galleria at Roseville, Calif., Westfield Mission Valley in San Diego and Westfield Montgomery Mall in Bethesda, Md., Santa Anita Mall in Arcadia, Calif. and Valencia Town Center in Valencia, Calif., she notes.