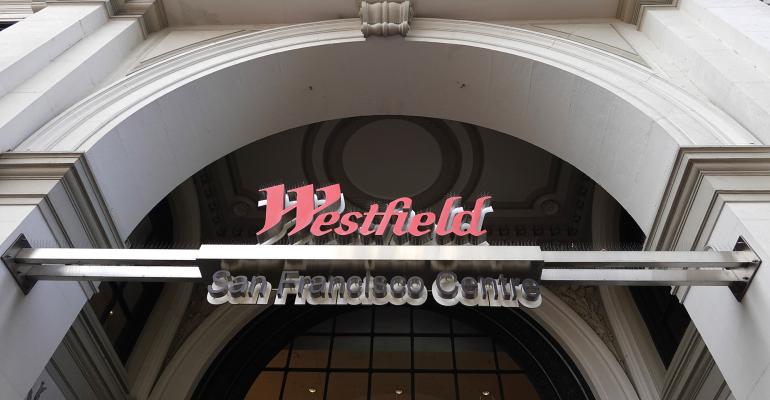 Investors Fear Westfield Will Default on Malls as It Exits U.S.

About $3.4 billion in mortgages on Unibail-Rodamco-Westfield malls have been bundled into bonds and sold to investors.

(Bloomberg)—Unibail-Rodamco-Westfield, a mall owner based in Paris, is looking to get rid of its 29 U.S. properties, and debt investors fear it will default on more of its mortgages in the process.

About $3.4 billion mortgages on URW malls have been bundled into bonds and sold to investors, and money managers in some cases could face losses if the company hands over more properties to its lenders, money managers and Barclays Plc strategists said. Even holders of relatively highly rated commercial mortgage bonds could get hit, they said. The mall owner has already defaulted on a few mortgages as it tries to get rid of its U.S. exposure by the end of 2023.

“It’s certainly a thorn in the side of CMBS that we are all going to have to deal with,” said Adam Smith, a CMBS analyst at DWS Investment Management Americas, in an interview. DWS had 902 billion euros ($947.6 billion) of assets under management as of March 31.

A spokesperson for URW declined to comment on the potential for defaults. “URW is confident in its ability to radically reduce its financial exposure to the U.S. over the course of 2022 and 2023, supported by the quality of its U.S. assets, as well as the strength of the recovery,” the person said.

While the company might ideally want to sell all its U.S. holdings, which include 24 malls and five other properties including offices, finding buyers won’t be easy for many of the properties as demand for malls falls. And some of the mortgages financing its shopping centers might make the process even more difficult. Five of those loans come due by early 2024, meaning Unibail would either have to refinance the debt now itself, or find a buyer willing to do so soon, wrote Barclays strategists led by Lea Overby in a February report.

And refinancing won’t be easy, especially in the CMBS market. Since 2021, only Simon Property Group Inc., Brookfield Asset Management Inc. and Macerich Co. have tapped the CMBS market for traditional mall assets, according to Barclays.

Two of the five malls with mortgages maturing soon, Valencia Town Center in Valencia, California, and Westfield Montgomery Mall in Bethesda, Maryland, are performing poorly enough that refinancing will be particularly hard, according to Barclays. The company will probably just hand over the keys to those properties to lenders, the strategists wrote. The first mall was 86.5% occupied as of 2021, while the second was 78.4% occupied, according to Unibail’s Universal Registration Document filed in March.

“The easiest way to get out of some of their leveraged mall holdings is to not refinance at maturity and Westfield has already defaulted on a handful of malls,” Overby said in a phone interview last week.

Even some malls with longer-term mortgages might end up getting handed over to investors, because they are performing poorly enough that buyers might not be interested, the Barclays strategists said. Westfield Wheaton in Wheaton, Maryland, and Westfield Trumbull in Trumbull, Connecticut both have mortgages maturing in 2026. They are generating just enough earnings to cover their interest payments, but don’t have much cushion for declining income, the strategists said, and may be candidates for default.

If the company hands over properties to lenders, commercial mortgage bonds with exposure to the debt would weaken and investors would probably have to retain their investment long-term, said Tracy Chen, portfolio manager at Brandywine Global Investment, in an interview.

“There would be limited liquidity,” Chen said.

The mortgages on many of these properties are big enough that if the borrower defaults, investors holding relatively highly rated securities might face losses, depending on how much mall debt is bundled into any particular CMBS, according to Barclays’s Overby.

“A lot of the Westfield loans are not small,” Overby said.

URW handed lenders the keys to a few of its regional malls in the past two years, as lender appetite for refinancing mortgages waned. Among them were two properties in Florida -- Westfield Citrus Park in Tampa and Countryside Mall in Clearwater-- which defaulted on their loans. These brought “risks of losses and interest shortfalls for certain CMBS,” according to an April 25 report from Moody’s, led by strategist Matthew Halpern.

Not everyone is convinced that more URW defaults are coming. Rob Virdee, a senior analyst at Green Street Advisors, a real estate analytics company, called it “less likely” in an interview, because valuations of the malls are higher than the amount of debt secured against them, according to his analysis.

Green Street independently valued URW’s U.S. assets at EU10.5 billion ($11 billion), based on comparable market transactions and information from local brokers, while URW had valued the portfolio at EU12 billion ($12.7 billion) at the end of 2021.

Many malls across the U.S. struggled to pay their mortgages even before the pandemic, as growing numbers of shoppers bought clothes and appliances online. Since 2017, loans backed by distressed regional malls bundled into CMBS experienced a weighted average loss of almost 75%, according to the note from Moody’s. These malls make up 21% of the delinquent loans in CMBS backed by a number of different kinds of loans, known as conduit deals, despite accounting for only 6% of the mortgages in those portfolios, the report said.

URW’s properties are no exception. In 2021, net operating income declined for nearly all of the the firm’s eight regional malls that have debt across 15 conduit CMBS deals rated by Moody’s. Valencia Town Center saw the most losses. Its revenue declined about $8 million, with expenses increasing over $4 million by the end of 2021, compared with 2020, according to the bond grader.

The property is currently being financed with a $195 million loan which matures in January of 2023, according to Bloomberg data. That debt account for almost 18% of the mortgages in a conduit CMBS deal, UBSBB 2013-C5.

In addition to these headwinds, URW has established a tight time-line for selling its properties. That gives investors an incentive to be tough when it comes to negotiations, said DWS’s Smith.