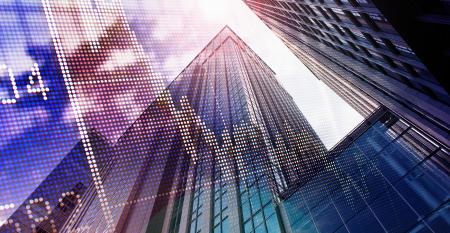 A 120% Loss on Vegas Mall Triggers Payday for Icahn’s Big Short
May 26, 2021
The loss is the largest loss in both dollar amount and percent of original loan balance for a CMBS loan since the 2008 crisis.

Investor Demand Intensifies for SASB, Floating-Rate CMBS
May 10, 2021
“You have investors like sovereign wealth funds coming in and taking the entire stack,” says one industry insider.

Office-Tower Bonds Are Wildly Popular Despite Quiet Downtowns
Apr 14, 2021
About a third of all of this year’s CMBS loans tied to single properties helped finance class-A office towers in urban centers.

Mall Values Plunge 60% After Reappraisals Triggered by Bad Debt
Mar 01, 2021
About $4 billion in value was erased from 118 retail-anchored properties with CMBS debt after reappraisals.

Vegas Mall That Lost 95% of Value Might Be Just the Beginning
Jan 29, 2021
The mall formerly known as the Fashion Outlets of Las Vegas was auctioned off this week for $1.525 million.

NYC Apartment Landlords Getting Burned in Gentrification Crash
Jan 27, 2021
By December, the city’s apartment investors were behind on $395 million in debt backed by mortgage bonds.

Hotelier Burned in Financial Crisis Loses Again in Pandemic Bust
Jan 25, 2021
Columbia Sussex Group is in foreclosure on three hotels and is prepared to surrender two others to the lender.

What CREFC Wants to See with the Change of Leadership in D.C.
Jan 11, 2021
The organization believes a new infrastructure bill, the fate of the GSEs and a version of TRIA for pandemics should be on Congress’ agenda.

17 Books About CRE to Put on Your Reading List
Dec 17, 2020
From Stephen A. Schwarzman’s What It Takes to Vicky Ward’s The Liar's Ball, here are 17 of the more prominent books about commercial real estate.
Load More